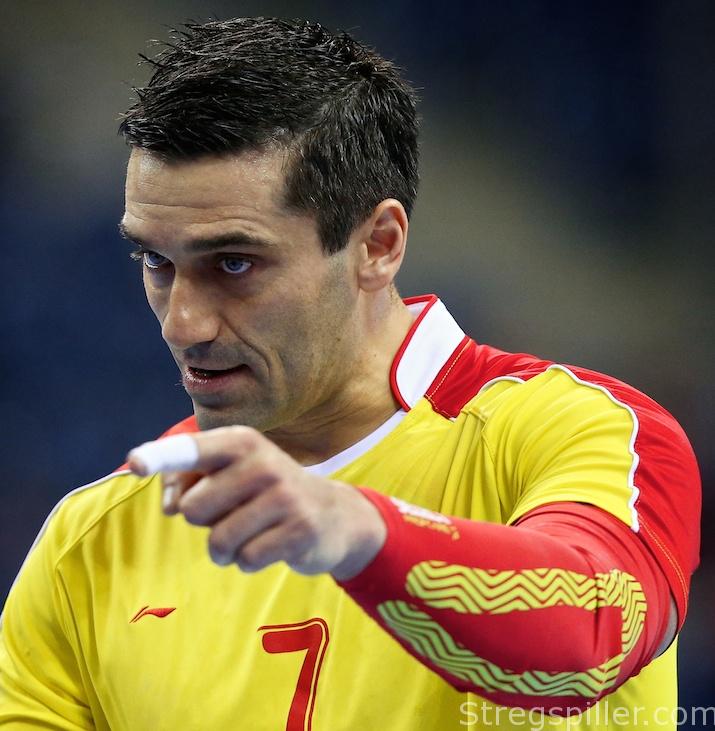 PREVIEW – MATCH OF THE WEEK GROUP A

In case of a win at home on Saturday, Veszprém – currently in third position with 10 points – can not only secure the round of Last 16, they can also move the top teams of the group closer together.

Barcelona leads Group A with 16 points and have already secured the knockout phase, but a victory on the road will all but assure the Spanish club of the crucial group win, granting direct access to the quarter-finals.

On the other hand, a defeat will likely cost them first place, at least temporarily, as there is no doubt that Paris Saint-German – the French squad is two points behind – will protect home court against Bjerringbro-Silkeborg and take all points.

Veszprém rarely lose at home, except on November 20th, 2016, when Paris Saint-Germain won 29:28 at Veszprém Arena, handing the Hungarian stars their only defeat so far this Champions League season.

PSG are also the only team that beat Barcelona.  On November 12th, the French side kept all points in Paris – 33:26.

Duel of the Match, Part 1: Nagy vs Lazarov

We could pick many exciting match-ups in this clash between two handball giants.  Let us focus on the two right-backs, where we can look forward to an outstanding contest between the two best players occupying the position right now.

No doubt – Kiril Lazarov has the edge, but you can never underestimate a fit Laszlo Nagy.  If his shots find the back of the net from the start, Barcelona may endure a long and busy afternoon in Hungary.

Duel of the Match, Part Two: The Coaches

The actions of the two Spanish coaches will also have a significant impact on the outcome of the game, despite Xavier Sabate (Veszprém) being on his way out.  He will be replaced by current Flensburg coach, Ljubomir Vranjes, on the bench in Veszprém and the Hungarian national team come summer.

His fellow countryman, Xavi Pascual will not have to worry about his job at all, considering his track record to date – Barcelona sits in first place of Group A and remains undefeated in the Spanish league.

The upcoming game at Veszprém Arena will be the 18th competitive meeting between the two clubs, and so far, Barcelona have been the better team, winning no less than 12 matches, drawing once while losing only on four occasions.

One of these victories, Barcelona will be particularly fond of remembering – the Champions League final 2015.  At the time, Barcelona defeated Veszprém 28:23 in Cologne’s Lanxess arena.

Barcelona was also the winner of the two teams´ most recent encounter – on October 22nd, 2016 Barca beat Nagy & Co. 26:23 at Palau Blaugrana.

Barcelona will have to dig deep, to succeed in Veszprém, as they did back on May 1st, 2010, when they recorded a 34:33 victory in Hungary, in the second leg of the Champions League quarter-final.  Eventually, Barca proceeded to the semi-final.

It is impossible to mention Veszprém without appreciating the frenetic support of their home crowd.

5,000 plus back their team in every home game and they are a key reason for the team´s – almost spotless – home record.

Veszprém Arena is extremely noisy and puts enormous pressure on any visiting team as well as referees. However, I have never experienced the Hungarian fans as hostile or violent.  They are fanatics, but I have not seen them crossing the line.  They will assure Barcelona of a hot afternoon.

Both teams did what they had to during the week, winning their respective domestic league matches, at home.  Barcelona beat Guadalajara 32:21, while Veszprém defeated Eger 37:28.

Home court advantage gives Veszprém the edge, but considering their lack of consistency so far this season, I will only assign a percentage of 55:45.

Other Matches in Group A

Provided that THW Kiel stays focused, they are the odds on favorites on the road against Kadetten Schaffhausen on Saturday.

Later on the same day, at 20:30 hrs., Paris Saint-Germain will demonstrate their skills at home against Bjerringbro-Silkeborg, while Flensburg, without the injured Tobias Karlsson and Johan Jakobsson, may run into problems against Wisla Plock, on Sunday at 17:30 hrs.