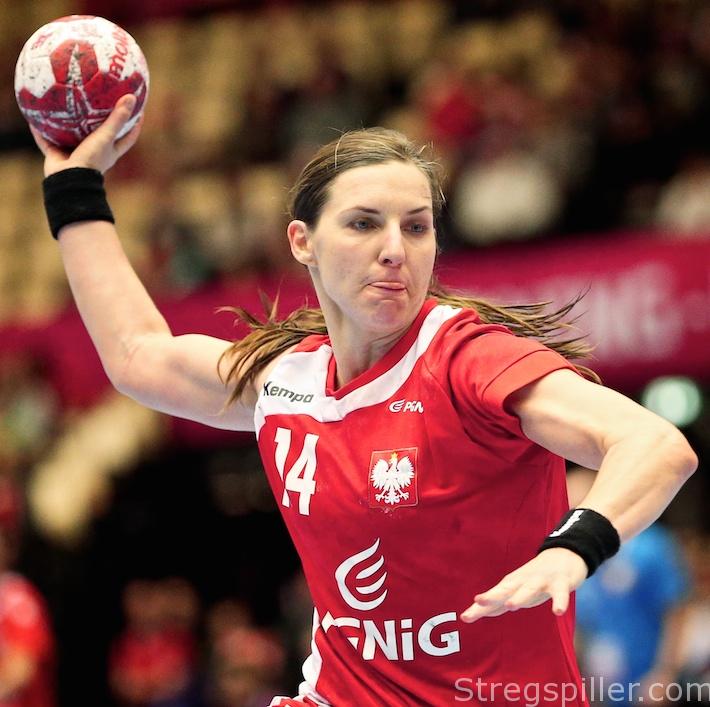 “We can beat the best”

After giving birth in the summer it wasn’t a given that Karolina Kudlacz-Gloc would be able to take part in the upcoming World championship, but the Polish superstar just couldn’t let this chance go by. In Leipzig, one of the six venues of the tournament, she spent more than a decade playing handball, but right now she scores her goals in Bietigheim, and that’s where Poland will play.

I guess playing the World championship in your second “home” is not an ordinary tournament. Are you more excited than usual?

KKG: Indeed, it’s really special for me. I am living in Germany for twelve years now and it has become my second home. I fought a great deal to participate in this World championship after my pregnancy and did everything I could to reach the best physical form possible in just five months.

You mentioned your pregnancy, which obviously caused a longer break. Are you on the physical level that you need to perform at a World championship?

KKG: That’s tough to say. After a long break it’s hard to make up for everything in such a short period of time. Right now, it’s not easy for me to say what I can expect from myself. I think physically, I’m at the right level; it’s more of a mental question at the moment.

It’s not easy to determine the quality of your team, right now. You qualified courtesy of a Wild Card. How do you rate your potential?

KKG: We have a new team and a new coach, so we have to be a bit more cautious regarding our chances. We played some very good preparation games against favorites like Romania and Brazil, beating them clearly, but it was just a friendly tournament and not the World championship. That’s why it would be a success to reach the knock-out stage.

You’re playing in a very tough group, but I’m quite sure your opponents weren’t too happy either when they found out they would play against Poland. Do you consider yourself the underdog?

KKG: When you receive a Wild Card you have to live with tough opponents, it’s just like that. We want to survive the group stage, we want to play our handball, we want to fight, we want to stick together and support each other as much as possible to go as far as possible. I think we are not a team that’s easy to beat, not at all. We can beat the best.

Obviously I have to ask you about the German team and their chances, as you know many players extremely well. I don’t think the squad is good enough to win the tournament and even getting a medal won’t be that easy. What do you say?

KKG: With the support of their fans and playing at home, I think the German team can go far. But will it be enough for a medal? We will see soon.

What does your gut feeling say, which team will make the final?

KKG: I think The Netherlands and Norway will make it to the final.

Last question – are you a bit sad that you don’t play in Leipzig? It would have been even more special for you after so many years there.