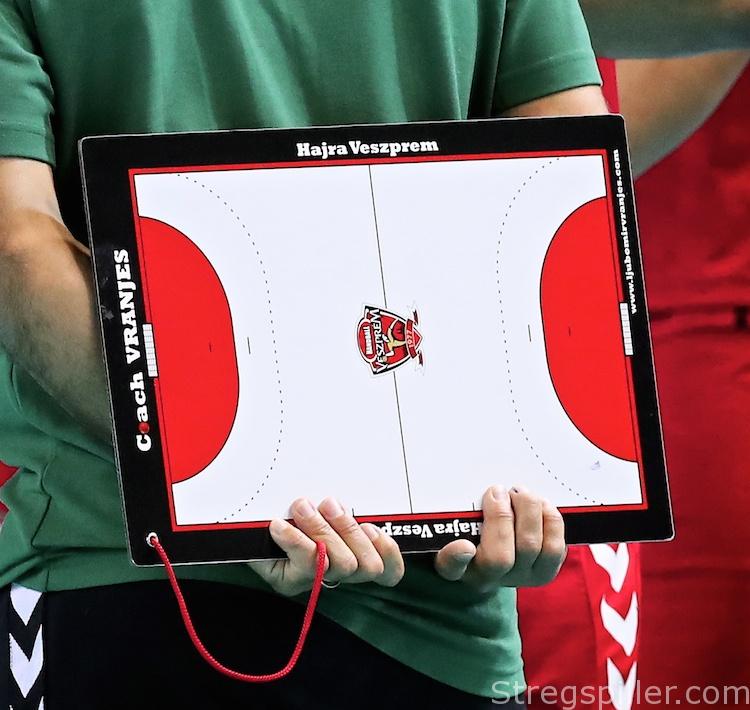 Can Gonzalez push Paris over the finish-line?

FEATURE – The 2018/19 VELUX EHF Champions League is just around the corner – an opportune time to take a look at the coaches and some of the leading title contenders.

The VELUX EHF Champions League will throw-off this Wednesday, producing a first highlight in Group A between Rhein-Neckar Löwen and Barca Lassa and HC Motor Zaporozhye versus Paris Saint-Germain Handball in Group B.  At stake – four tickets to the FINAL4, in Cologne next spring.

It’s a good time to focus not only on the most promising teams but on some of the coaches as well.  After all, even the most talented athletes need guidance from the bench.  In this article, I will highlight who has done best and who has the most work ahead of him this season?  Let’s begin with a power ranking of those coaches who have impressed me the most before it all begins.

The former player of Valladolid already performed wonders with Vardar Skopje, leading the club to the ultimate triumph in 2017, while winning the Champions League in their maiden FINAL4 campaign.  In 2018, he took Diburov & Co. back to Cologne but this time the title went to Montpellier.

For Paris he is the expected (and much needed) improvement on the bench.  PSG´s recent performance at the French Super Cup was not as impressive, but give Gonzalez time and you will see the results.

Canayer is not only taking second place because he led Monpellier to the very top in 2018, after succeeding in the Champions League final against league rival, Nantes HB, but also due to the fact that he will celebrate a silver anniversary with Montpellier this season.   Twenty-five years as head coach in the same club is reflective of a rare commitment in professional sports – certainly these days.

In 2017/18 Maik Machulla took to the limelight after the departure of Ljubomir Vranjes.  In Flensburg, 41-year-old Machulla has been a very positive surprise to everyone as many of the pundits had their doubts if he could fill the void “Ljubo” left.

As we know by now, he did even more, bringing back the German championship to the town in the far North for a second time in club history.

In 2018/19, he has started the Bundesliga season with a much younger and less experienced squad but in impressive fashion, sharing the lead in the league with an 8:0 record after four matches.  It will be really interesting to see what he can accomplish with this rejuvenated team in the Champions League in his second season as head coach.

Former “Bengan Boy” Lindgren may look as a surprise candidate in this list considering the fact that Kristianstad has not achieved anything big in the VELUX EHF Champions League, thus far.

But, the fact that he has managed to create teams that can compete at the highest level in Europe, despite losing his best players year-after-year, demands respect.  And my appreciation only increased when he took Kristianstad to the Round of Last 16 in the 2017/18 season.

This power ranking would be incomplete without mentioning another Frenchman – Thierry Anti.

Certainly Anti’s tenure in Nantes does not compare to Canayer’s in Montpellier – after all he’s “only” in his 10th season – but during his time in the town on the Loire river he, slowly but steadily, built a high quality handball team – a crew that reached a preliminary peak when reaching the Champions League final, in May of this year.

Who has the hottest seat among all the coaches in the Men´s Champions League this season?

Actually, none of the five coaches in the power ranking qualified, at least not in my book.

You may argue that Raul Gonzalez is under significant and instant pressure to win the Champions League this year; still, I reserve the “Hot Seat” for Ljubomir Vranjes.

His first year in Veszprém was no success – period.  After exiting the Champions League courtesy of the Danish underdogs from Skjern, in the Round of Last 16, and losing the Hungarian championship to Pick Szeged, “Ljubo” will feel the burden even more so in 2018/19.

Transfer of the Year

Which transfer has been the most exciting one ahead of the 2018/19 VELUX EHF Champions League season?

Here, I cannot help but grab a name from the list above.

The transition of Raul Gonzalez from Vardar to PSG sticks out and appears the most intriguing change this year.  Is Raul Gonzalez the man who can push PSG’s star ensemble over the finish-line and win the Champions League?

Stay tuned and watch what the 48-year-old Spaniard can do with Europe’s most expensive handball squad, in the short term.

Once again, the arrow points to Ljubomir Vranjes.

The sympathetic Swede really has his work cut out, when it comes to forming a dream team given the diversity of his enormous squad.

Making so many stars function as a team – not to speak of keeping everybody happy – is a tremendous challenge and Veszprém´s performance in a number of test matches before the start of the season confirmed the magnitude of the task at hand.

An opening victory of 32:17 against Csurgo in the Hungarian league does not change the impression.