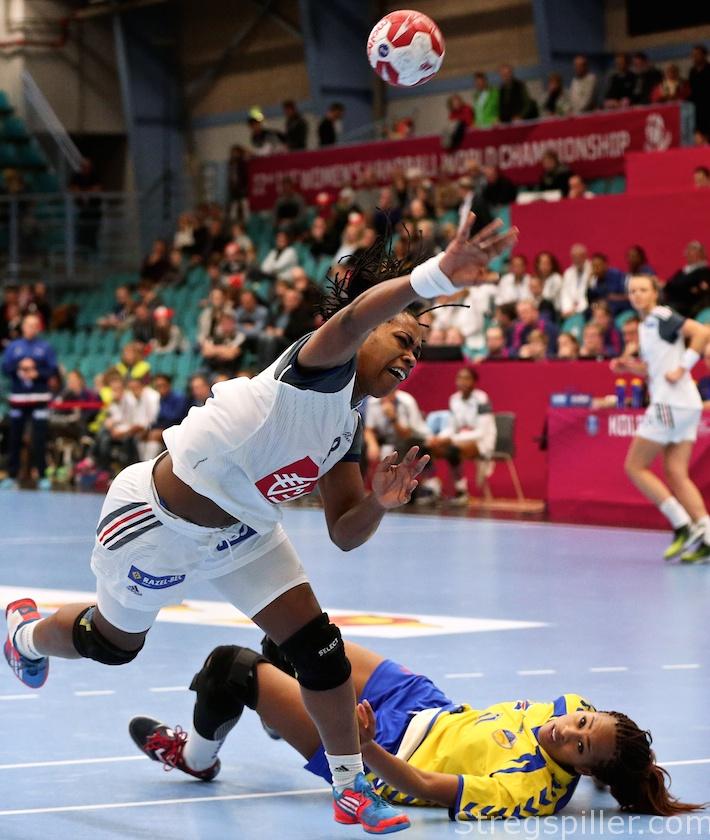 Yes – it can.  After winning the Olympic silver in August, France are also among the top contenders, when the European championship starts in Sweden this coming weekend.

France surprised by winning the silver medal at the Rio Olympics three months ago.  At the European championship in Sweden, no one should be astounded by another top result from “Les Bleus”.

With the old magician, Olivier Krumbholz, back at the helm and a formidable squad, France has all it takes to go all the way at EURO 2016 in Sweden.

Will we see that 5-1 defense again, that France executed so well back in the late 90ties and early 2000 years?

There has been more than one indication that we will, considering the defensive lineup in their most recent test matches.  And even though the formation has not proven to be as successful yet, as it was in “the old days” with Isabelle Wendling on top, it still holds potential if Krumbholz can adjust it to perfection, just in time before France´s first match in Sweden, against Poland on Sunday night, in Kristianstad.

There is also plenty of upside in France´s offense, orchestrated by world-class playmaker, Allison Pineau. French chances to go deep in the tournament are also boosted by the simple fact that the draw has placed them in the easier bracket.

The Netherlands, Spain and the Swedish host are the biggest obstacles en route to a semi-final berth, at which point they can meet other top favorites like Russia and Norway.

But France has shown some inconsistencies in their test matches – we have to admit that much.  On the other hand, we all know not to read too much into these matches, which are meant to experiment before the big event.  Bottom line – France has a team that can be the highlight at EURO 2016.  We are really looking forward to them.

Together with The Netherlands, France is the top favorite to win Group B.  In the main round, only Spain and possibly Sweden are likely to present any real obstacles to France, and it would be a surprise, if they do not reach the semi-final at the very least.

And they definitely will have a chance in a semi-final – once they get there – possibly against Russia, Norway or Romania.  Another medal for France will be not come unexpected.

There is none above Allison Pineau when talking about the best playmakers in handball – but this time, we need to consider Gnonsiane Niombla as well.

The 26-year-old center-back has all the qualities that make a good playmaker – speed, good vision of the game and a powerful shot from distance.  Such skills did not go unnoticed as she joined ruling Champions League winner CSM Bucuresti at the beginning of the season.

We cannot present three French key players without mentioning Lacrabere who is among the very best female right-backs at the moment.

She played an important part in the French team that collected silver in Rio, and during the fall she has demonstrated to be a great asset to her new club Vardar.

Lacrabere is at her best right now and France will need nothing less from her at EURO 2016, in Sweden.

France always had a tradition of great line players and in the years, when the country did not have such talented pivots, they just did not perform at top level.

Now, France has players that are able to carry on the proud tradition once again, and Beatrice Edwige is one of them.

Of the three line players that have been nominated, the 28-year-old and 182 cm tall Edwige seems to be the most critical player for her team at both ends of the court.