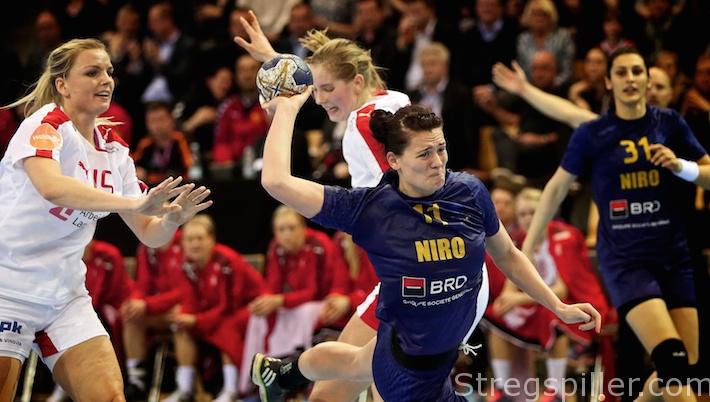 Ambros Martín has increased his workload, coaching the Romanian national team next to his job in Gyor.

The big question is if the charismatic Spaniard can also transfer his success from the club level to Romania’s national team – a squad that will be eager to improve on their bronze medal performance from last year´s World Championship.

Given the historical rivalry between Hungary and Romania, it was a courageous decision that Ambros Martín took, when he accepted the offer to take over the job as national coach in Romania.

Just as expected, his career move was not appreciated by all Hungarian fans but the rest of us can look forward to his first big assignment as Romanian coach.  Martin and his team will get a tough start in Sweden; that much is for sure.

In their preliminary group, only Croatia looks like an opponent, they can beat without too much of a problem, while they will face more resistant from the other two teams in their group – Norway and Russia.

But the Romanians know these two competitors very well.  They were in the same qualification group with Norway and finished in second place.

Furthermore, they were in the same preliminary group together with Norway and Russia at the World Championship in 2015.

And the Romanians have no happy memories with regards to these matches, as they lost them against both opponents, and only strong performances in the knockout phase earned them their bronze medal.

As so often before, any Romanian success will heavily depend on Cristina Neagu.

Martin will need his clutch player in top form, while one of his other up and coming stars, Eliza Buceschi must be completely drained of any self-confidence after an extremely unsuccessful stay in FC Midtjylland, spending a very limited time on the court.

Romania will proceed to the next round, but they are likely to do so from third position and they may very well start their main round campaign without any points.

Their opponents at the next stage of the tournament will probably include the teams of Montenegro, Hungary and Denmark – all three quite unpredictable contenders.   Still Romania possesses sufficient quality to reach the quarter-final.

Once in the quarter-final, Romania should have a good opportunity against any team from the other bracket.  Another medal for Romania – which would be their second at a European championship – is absolutely not out of the question.

When Hungary won a recent test match 29:24 away against Romania, Hungary´s Danish assistant coach Kristian Kristensen was quick to add: “But it was a Romanian team without Neagu!”

That statement is a perfect illustration of Neagu´s importance to the Romanian squad.  Romania needs the exceptionally talented 28-year-old left-back to be at her best.  If she does not score herself she will certainly create the necessary space for her teammates.

Ungureanu is almost as crucial to Romania as Neagu.  The 36-year-old goalkeeper is still going strong – as goalkeepers her age often are – and she needs to play good tournament, if the Romanian dreams of a medal are to come true.

In fact, Ungureanu’s form looks better than ever after her transfer from one Romanian club, Baia Mare, to another, ruling Champions League winner CSM Bucuresti.

Romania have been facing certain challenges on the right-back position for some time, and 29-year-old Melinda Geiger seems to be their best shot right now.

Aside of a powerful shot, she possesses all the necessary qualities of a handball player, that should come in useful for Romania at EURO’16.