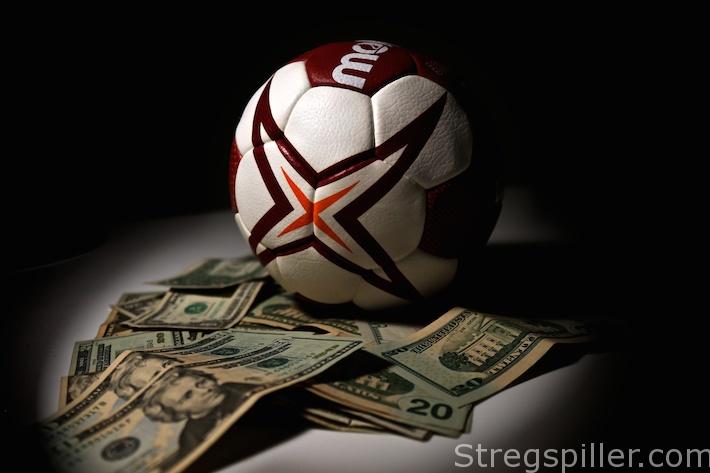 Yes it can!  If you spend it right!

“Money can´t buy me love” sang The Beatles in 1964.  Twenty-five years earlier, in the immortal film “Gone With The Wind”, Rhett Butler said “…but it can buy you a very fine copy!”  Probably, both statements are still correct, but in sport, a copy will not do.  So what we will have to ask is this: Can money by you success in handball?

This has not always been the case, when clubs or their owners tried to buy themselves a Champions League title or some other trophy.  Fortunately, money does not always win.  What a boring sport handball would become otherwise.

It was a blessing to see Hamburg win the men´s Champions League final in 2013 and Flensburg in the following year.  Compared to their FINAL4 opponents neither one of these clubs had the largest budget in the respective season they won – far from it.

The victories of the two German teams are proof that once in a while, tactical cleverness, preparedness, willpower and a fighting spirit prevail over all-star quality that money can buy – thank you for that!

But – of course – the more money a club has available to buy players, the better the chance to build a strong squad.

Provided you can make all your stars work together as a coherent team – which leads to the one crucial condition that has to be fulfilled.  You may have the fastest Formula 1 racer with the most powerful engine but you still won´t win a single Grand Prix if you do not have a driver who knows how to drive the car.  Likewise, every good orchestra is in need of a great conductor to make it outstanding.

Any great sports squad requires a coach who can make it function – and the more stars there are in the team, the better the coach has to be and the more important his work becomes.  For example, it took Paris Saint-Germain Handball a couple of years to realize its potential.  The French handball powerhouse hired one great star player after another but without the instant success such collection of big names should bring along.

It only changed when Paris hired a new coach – or more precisely – a coach that fits the “A-Class”!

Once “Noka” Serdarusic took over from Philippe Gardent, the star-spangled team from Paris began to live up to expectations and even Mikkel Hansen loves to play in the team now.

The Pytlick and Leslie Effect

It did not take Sergey Samsonenko that long to learn the same lesson.  The Russian multi-millionaire is the owner of Vardar Skopje – we are talking about the men´s as well as the women´s handball team, plus the footballers – that Samsonenko wants to make successful, Champions League participants.

He came to grips at an early stage, that the many stars he had brought on – and the one’s that would join later – would be in need of a coach at the top level.  When Jan Pytlick was sacked from his job as Denmark’s national coach, Samsonenko was quick at hiring the Dane – officially as consultant in order to not step on head coach Indira Kastratovic´s toes.  But in reality it’s him who acts like the head coach for Vardar’s women handball team.

Yet, the signing did not pay off immediately.  Vardar did reach the FINAL4 of the Champions League in May of 2015, but a third place was all they got.  Not acceptable to this ambitious club.

This season – apart from a shocking 27:22 home defeat to Gyor – Pytlick seems to have managed that his All-Stars click.

Traveling further east, the aforementioned valuable lesson was learnt even earlier.  More than a year before Rostov-Don qualified for the women’s Champions League for the first time ever, the aspiring Russian club had hired another Dane, Jan Leslie, to lead their forces.

After joining Rostov-Don from Denmark’s Randers HK, in the summer or 2014, Leslie really experienced the difference in financial power that separates the best from the rest.  He quickly learnt that Rostov-Don´s annual budget was the same as the one in Randers – but Rostov’s money pot was denominated in EURO compared to Randers´ budget, which was measured in Danish Kroner!  (One EURO corresponds to about 7.50 Danish Kroner).  Given the excellent economics, Leslie did what he was hired to do – he qualified the team directly for the 2015/16 Champions League by winning the national championship.

So far, Rostov-Don´s first Champions League campaign in its history has been a success.  In the first four group matches, the Russian debutant has not lost a single point.  Not because of the money – but because the money was spent on adding the right players and bringing the appropriate coach on board.

Money by itself does not do the job

Another club with a big budget and even bigger ambitions is Gyori Audi ETO KC.

Unlike so many others, the Hungarian club has managed to find the right balance from the start: A respected coach (Spanish  Ambros Martín) in charge of a squad that has been carefully supplemented along the way with suitable players.

No doubt money is essential in order to build a top team – provided that you spend the money wisely and remember to hire an experienced coach.  Still, money alone does not do the job.  The success stories of Hamburg and Flensburg prove the point, and similar examples can be found in women´s handball as well.

Last season, for instance, the Champions League final was played between Buducnost and Larvik.  There are many things to say about Larvik’s budget last year but it certainly did not compare in size with the ones’ of Gyor or Vardar.

Vardar, Rostov-Don, Bucuresti and Gyor are among the top favorites to win the women’s Champions League this season, in addition to current title holder Buducnost.  But Larvik, with an even lower budget than before, is still among the contenders.  Commitment, enthusiasm and fighting spirits may still go a long way.

And that’s quite reassuring – isn´t it?