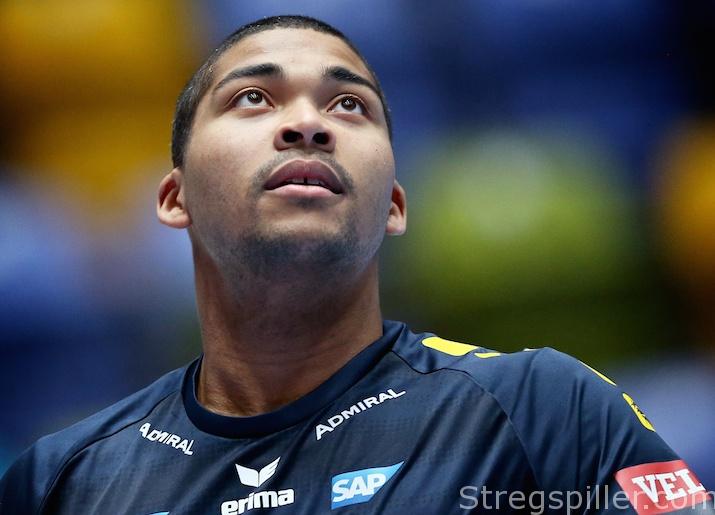 Celje boost hope for round of Last 16

MATCH OF THE WEEK – GROUP B – Celje out-ran and out-played Rhein-Neckar Löwen for great parts of the match, as they defeated the German champions by no less than six goals, at home, on Thursday evening.

While Celje boosted their hope to reach the round of Last 16, Löwen only have a theoretical chance of winning Group B now.

In second place, one point behind Vardar and one point ahead of Kielce, Rhein-Neckar Löwen still had a glimmer of hope winning the group and go directly to the quarter-finals.

For Celje, it was a question of keeping their dream of reaching the knockout stages alive.  Entering the game in seventh position, the Slovenian flagship club was in desperate need of a victory.

Löwen´s head coach, Nikolaj Jacobsen, could welcome back Kim Ekdahl du Rietz and Marius Steinhauser , but he was still missing Dejan Manaskov and Michel Abt.

A sparkling Celje was too much to handle for a shaky Rhein-Neckar Löwen defense with two unfortunate goalkeepers behind it.

Celje’s back court line and to a lesser extent their wings were brilliant as the team underlined their ambition to reach the round of Last 16, while the dream of a group win is vanishing for Löwen.

Kim Ekdahl du Rietz was not fit yet, and could not contribute much to the German team.

Rhein-Neckar Löwen were leading 4:2 after five minutes, but this was all they got before the break.  A fast and well playing Celje soon took over against a German side, whose defense was non-existing.

Playmaker Miha Zarabec organized the home side´s offense extremely well, and Celje enjoyed much success when attacking on the left side, where Harald Reinkind had an evening to forget.

He was out-played by his direct opponent several times, and on the other end of the court, he did not have much success either.

Still, the Norwegian right-back was not substituted until 21 minutes into the match – when Reinkind received a two minutes suspension, and when Alexander Petersson returned instead.

Goalkeeping was non-existing and it took Nikolaj Jacobsen surprisingly long replacing Andreas Palicka with Mikael Appelgren after 15 minutes.  But he did not have any more success and had to wait another six minutes for his first save.

No doubt, Nikolaj Jacobsen would have preferred to keep Kim Ekdahl du Rietz out of the game.  When the Swedish left-back was sent on the court, it was quite obvious that he had not fully recovered yet from his ankle injury.

Still, Jacobsen found it necessary to relieve Andy Schmid who had a good start to the match, but fell off as the game progressed.

In the middle of the first half, Jacobsen tried a 5-1 defense, but it did not stop Celje’s rhythm.  The home team´s back court line, consisting of Zarabec, Zika Mlakar and Borut Mackovsek remained a constant threat to a weak Löwen formation.

After changing a 2:4 deficit into a 6:4 lead, Celje were completely dominating for the rest of the period and had their first seven goal advantage at 18:11.

Rhein-Neckar Löwen went back to a 6-0 defense formation with some success initially.

At the same time, Appelgren started to perform saves, and the visitors were able to close the gap a bit.  Seven minutes into the half, Nikolaj Jacobsen began playing seven-against-six when in attack, making it a bit easier for his team to score goals.

Andy Schmid returned and this time he was more successful.  Consequently, Rhein-Neckar Löwen reduced the deficit to four goals several times, but that was as close as they got.

Soon their defense faltered again, and Celje carried on merciless.  The tactical move of playing seven-against-six also turned against the guests, as the number of technical mistakes increased.  As a result Löwen conceded several goals into an empty net, as Celje doubled their lead from four to eight.

Palicka returned in goal, but without making a difference.

Miha Zarabec was my favorite player in this match.  The 25-year-old Celje playmaker was excellent in orchestrating his team´s offense, while remaining a dangerous scorer.

“Dvorana Zlatorog” arena did not see a capacity audience, but those who attended had a party.  All the way through the match, the home teams received the loud and enthusiastic support, they deserved.

With the victory, Celje advanced to sixth place and boosted their hopes for further advancement significantly.

Rhein-Neckar Löwen are still second, but it is a big question, if they can stay there over the weekend.

Looking further ahead, they should be able to win their last match at home against Szeged, but the chance of winning the group has vanished.  As a matter of fact, they may not even be able to hold on to their current position.

All three remaining matches in this round will be played on Saturday.  Szeged is the favorite at home against Zagreb, and so are Kielce on the road against Kristianstad and Vardar away against Brest.