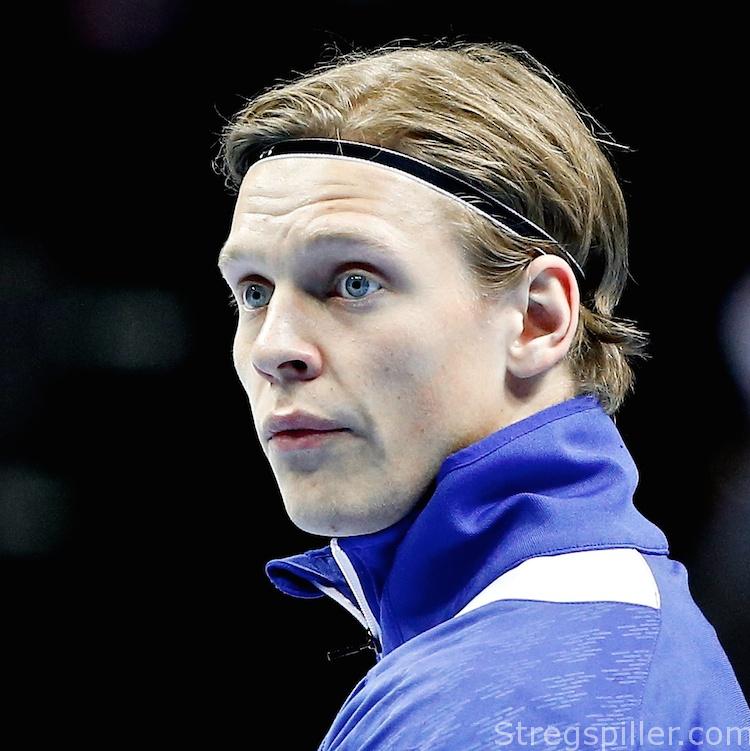 INTERVIEW – Janus Smarason already drew attention to his name before joining Danish champions Aalborg, and he openly admits that playing in the Champions League this season has really boosted his career.

Iceland is not exactly short on playmakers. National coach Geir Sveinsson has one of the very best on this position, Aron Palmarsson from FC Barcelona is at his disposal.  Arnór Atlason, the veteran player from Aalborg Handbold, can also occupy the position in addition to playing left back.

And then, there is Janus Smarason. The talent from Iceland, who turned 23 on New Year´s Day, had drawn attention even before joining Aalborg.

A stellar performance at the 2017 World Championship in France caught the eye of several top clubs around the world, but Aalborg had already a signed contract with the up and coming playmaker talent.

The Danish club had made a quick move buying young Smarason out of his contract with Haukar (Iceland) six months before expiration, so he could join his new employer right after returning from the World Cup.

There he played a crucial part in Aalborg winning the Danish championship for a third time in history.

“Joining Aalborg and playing in the Danish league and the Champions League in particular, provided a tremendous boost to my game, and it certainly helped my career in the national team as well,” Janus Smarason tells stregspiller.com – in fluent Danish..

Back in 2009, while studying in Aarhus, he was part of Aarhus Håndbold the team that won the Danish U16 championship.

“It also strengthened me mentally and has given me this big-match experience, which comes in useful when playing these games at the European championship,” he explains, when stregspiller.com caught up with him in Split, following Iceland´s impressive 26:24 opening win against Sweden, in Group A.

“It is just awesome to be part of a team like this one! A team who can perform the way we did this Friday night.

“We came off two poor performances against Germany in our most recent test matches and our expectations were quite low.

“The start we got against Sweden, where we got ahead 4:0 in virtually no time was just what we needed.

“It gave us wings. The fact that Sweden nearly caught up with us towards the end cannot spoil my joy about the win,” states Smarason who sees no reason to be alarmed considering that Iceland was close to losing a 10-goal lead in the last fifteen minutes of the match.

No lack of depth in the squad

The fact that the game got close in the end may be indicative of a certain lack of depth in Iceland’s squad, but Smarason denies the thought.

“I don’t think our team is not deep enough.

“But I do admit that the main reason why Sweden almost caught up was the fact that we got tired.

“However, I see this as a result of us making substitutions a bit too late. If we had made some of the changes a bit earlier, our victory may not have come in danger at all. I think our roster is deep enough,” says the playmaker who is very much looking forward to Iceland´s next assignment. On Sunday, he and his teammates will meet the Croatian host who started their EURO campaign with a convincing 32:22 victory against Serbia.

“Of course, Croatia will be the favorite, but it also means that all the pressure will be on them.

“Given our resolve and will power, we will do our best to make life difficult for them during these 60 minutes, on Sunday evening,” promises Janus Smarason.