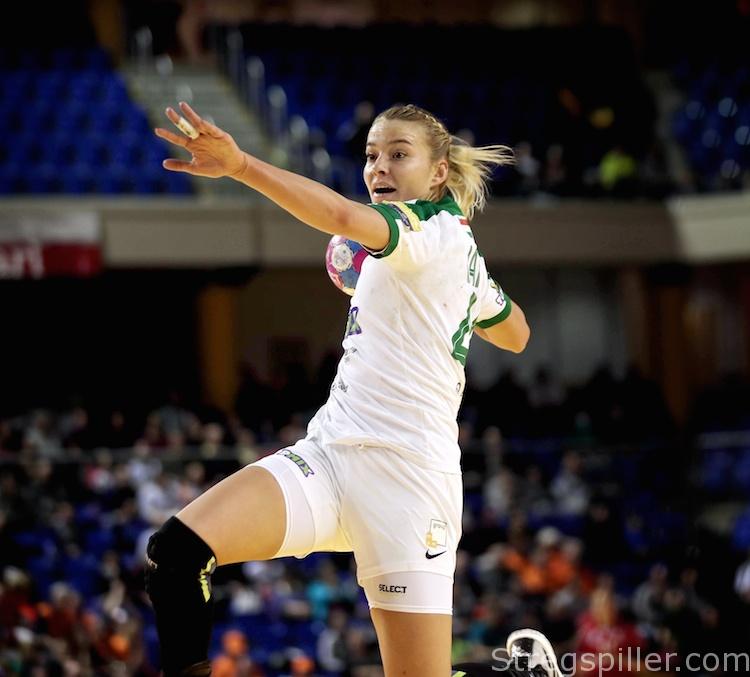 The Norwegian champions had arrived without Jeanett Kristiansen, Heidi Loke and Silje Waade, who suffered a torn cruciate ligament in the dying moments of the DELO EHF Champions League match against Metz HB, earlier in the week.

Vipers had the better start to the year 2021 with two wins and one draw, whereas FTC recorded two victories and two losses since the beginning of the year.

Vipers were able to hang with FTC for the better part of the first half, but it never felt like the squad of head coach, Ole Gjekstad, would get a firm handle on the game. Once the Hungarians took a three-goal advantage they would never look back.

Both clubs were trailing each other closely throughout most of the first half, although Vipers was clicking on only one cylinder.

Malin Aune’s five goals stood out and kept her teammates in the game before they went cold, scoring on two occasions, ten minutes before the halftime break.

On the other side, Kinga Janurik’s 50% save rate and a very agile defense effort of Alicia Stolle and Julia Behnke in the center, caused much trouble for the Norwegian visitors.

Vipers returned to the court with a more aggressive attitude in defense and Katrine Lunde in goal, resulting in a series of 7-meter shots, which Klujber and Malestein executed perfectly well.

In the backcourt Emilie Hegh Arntzen (Vipers) stepped up, after a quiet first half.  As a result, the Norwegians cut the deficit to one (23:22), after what would be Aune’s last goal of the match.  It was the best phase of Lunde & Co.

But, as in the first half, coach Gjekstad’s squad could not maintain the momentum.  Between minutes 45 – 55 his crew was held to one goal from the field.  Neither his second time out, nor the return of Swedish international, Evelina Eriksson in goal could swing the game around.

Instead, two timely and important goals of Emily Boelk, made all the difference and secured the number three spot in Group A of the DELO EHF Champions League, for now.

A good first half performance of Eveline Eriksson in goal (33% saves) did not make much of a difference, as the Norwegian champions were struggling on the other side of the pitch. Only Henny Reistad showed signs of her individual class, whereas the rest of the backcourt could not reach their form.

After a good start, FTC seized the momentum courtesy of a spectacular performance of goakeeper, Kinga Janurik, behind a well-organized defense by the German duo Behnke / Stolle.  Alicia Stolle deserves extra mentioning as she increasingly assumes a leadership role on the defensive end.

On the other end of the field, FTC could depend on seven goals from right back, Katrin Klujber, solid scoring from the wings and a noteworthy effort of Julia Behnke on the line.

As Vipers Kristiansand is several games behind in Group A of the DELO EHF Champions League, caused by the Covid pandemic, both teams will meet already on Monday, February 8th, once again in Budapest.