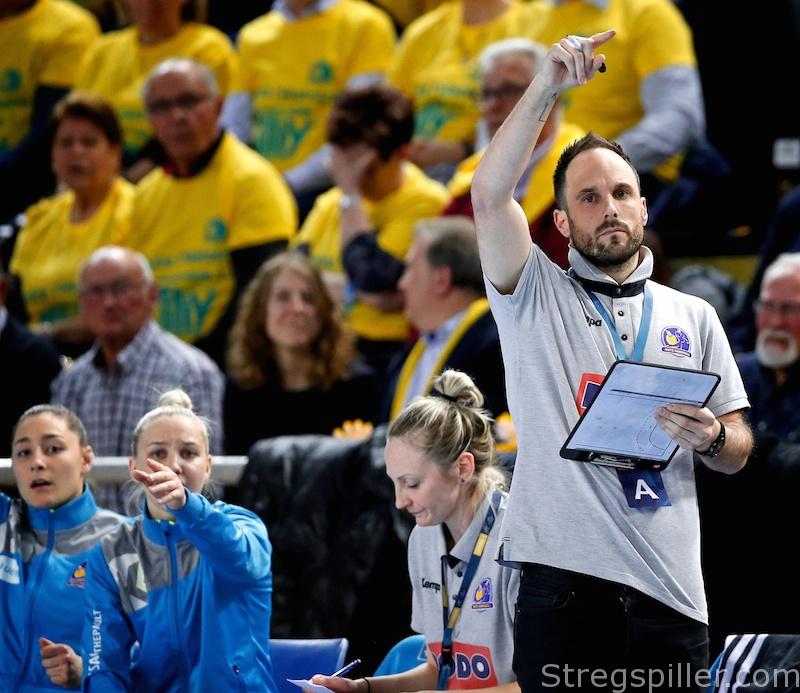 It was the second time the two teams would meet within the past four days.  Earlier in the week FTC kept the upper hand, protecting home court 32:30.

For the first time in the 2020/21 DELO EHF Champions League season, Metz left the pitch as the losing squad, after scoring 30 goals.

In a turbulent match, FTC stayed in the lead for a long time.  Yet, Metz hung around and always remained within striking distance, never trailing by more than four goals.

About ten minutes before time, coach Mayonnade’s decision to switch his defense to a very aggressive 5:1, sometimes 3:2:1 formation, produced the desired and lucky result for the French record champion.

Metz had the better start to the match courtesy of a mobile defense, well organized by team captain, Astrid N’Gouan.

Yet, midway through the half, FTC slowly but surely gained ground and Dutch international, Angela Malestein, on right wing was the player who stuck out during this phase, scoring 4/4 after 30 minutes.

At the same time, Metz was struggling. Ball handling on the offensive end was sloppy and shots were taken prematurely.  The consequence – FTC went on an 8:4 run in the last ten minutes of the half.  The Hungarian’s had gained the momentum.

FTC returned to the pitch, maintaining the upper hand and it wasn’t until Camilla Micijevic cut the deficit to one goal (45th min.).

Head coach Elek reacted immediately and took his second time out, disrupting the rhythm of the game. Shortly, thereafter his team had regained the lead before Manuel Mayonnade would make his game changing move.

In the last five minutes of the match, Metz outscored FTC 5:1 and Tjasa Stanko’s successful penalty shot, three seconds before the final buzzer, put the French club ahead for good.

Ten minutes into the second half Metz was on the ropes, but the Hungarian’s could not deliver the decisive blow.

Instead, the French clawed themselves back into the game.  Ultimately, coach Mayonnade’s tactical decision on the defensive end paid off and much of the credit has to go to Astrid N’Gouan and Jurswailly Luciano and their exceptional footwork and anticipation of the opponents next move.

On the other end of the pitch, it was Orlane Kanor, who forced the issue and Stanko delivered the icing on the cherry of the cake.

The last second victory has solidified the number two rank of Metz in Group A of the DELO EHF Champions League.