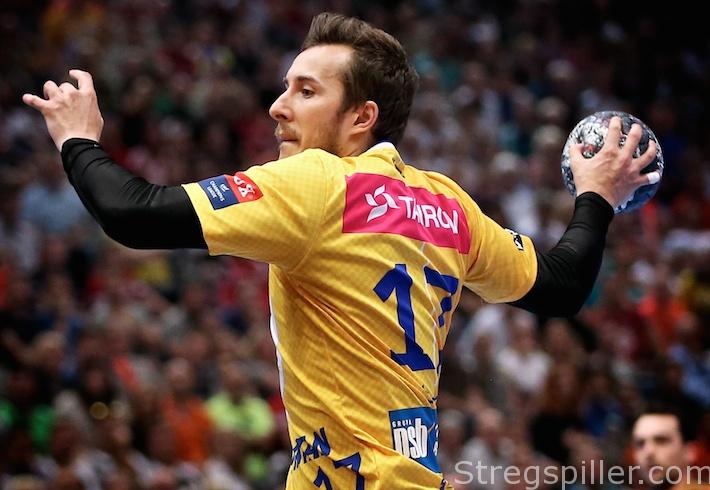 PREVIEW – Rhein-Neckar Löwen and ruling Champions League winners, Kielce have the honor of resuming the group phase of Europe’s premier handball league, when they meet in the “Match of the Week” of Group B, on Thursday evening.

The home team is in fourth position, three points behind the Polish champion.

Kielce will fight hard to hold on to first place in the group – a spot that will allow them to skip the round of Last-16 and proceed directly to the quarter-final.  They will also seek revenge for their only home defeat in the group phase, so far.

After losing a close first half narrowly 16:15, Kielce collapsed in the following 30 minutes, as Löwen´s Spanish line player, Rafael Baena, had the time of his life, becoming his team´s top scorer (7 goals) in this game.

Of course, we cannot mention Kielce without reminiscing about their epic Champions League final against Veszprém on 29th May, 2016.

Nine goals down and with 14 minutes left to play, Kielce made a historic comeback, caught up and won the last match of the season 39:38, after penalty shots.

The two teams have met 10 times before in competitive matches, and the win in Kielce back in the fall put Löwen in the lead, having won four matches compared to Kielce´s three victories.  The clubs drew three times.

Two of their meetings took place in the 2013/14 season, when they met in the round of Last-16 of the Champions League.

Rhein-Neckar Löwen proceeded to the quarter-final based on away goals.  Kielce won 32:28 at home before losing 27:23 on the road.

Last season, the two clubs were in the same preliminary group just like this year.  The encounter in Mannheim ended in a draw (32:32) after a 19:15 half time lead for Löwen.  Kielce were able to win their home game, narrowly, 28:27.

When it comes to accomplishments in the Champions League, Kielce is the clear front runner.  Winning Europe’s premier handball league, last season, was the successful culmination of their third FINAL4 appearance.

Kielce’s two previous FINAL4 entrances were in 2013 and 2015, and on both occasions, they finished third.

In comparison, Rhein-Neckar Löwen have made it to the FINAL4 in Cologne only once – in 2011, when they lost both of their matches, finishing fourth.

Among other  factors, the match will be a duel between two successful coaches.

Coach Talant Dujshebaev ( Kielce)does  has a mixed record , though, considering the lack of success he did have with the Hungarian and Polish national teams over the past two years.  His failure with Poland at the most recent World Championship may be partially excused because of the enormous injury list.

With Kielce, on the other hand, his success is undeniable.  We only need to think of the aforementioned Champions League final of the previous season.

On the opposite side, no question mark can be put behind Nikolaj Jacobsen´s name.  After leading Aalborg to become number one in Denmark, he took Löwen to their first ever German championship in 2016.

No wonder that the Danish Handball Federation wanted him as their new national coach.

He has done so a few times in the Champions League, but he is not likely to do it this time.  The match appears to be too important, and his team did not have any Bundesliga matches right after the World Championship.

He has claimed that resting players from time to time in Champions League matches is necessary due to the heavy physical strain on his squad, and the club would have never become German champions, if he had not done so.

But will have to “rest” Filip Taleski.  The 30-year-old Macedonian left-back, who joined Rhein-Neckar Löwen during the winter break from Metalurg Skopje, is not allowed to play Champions League matches for his new team yet.

While Rhein-Neckar Löwen have not played any competitive matches since December, Kielce already resumed their Polish league campaign on February 2nd with a 30:19 away against Piotrków Tryb.

Rhein-Neckar Löwen already stumbled once on home ground this Champions League season, losing 33:27 to Vardar in November of last year, but the German champions are not likely to do so again.