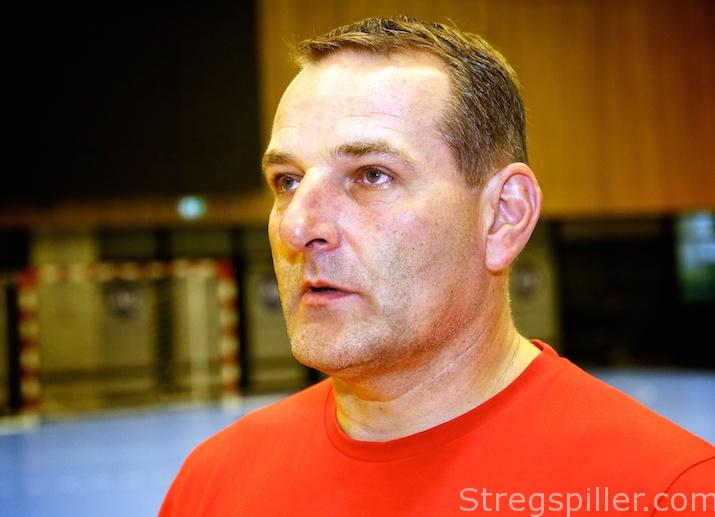 “Our chances against Vipers are fifty-fifty”

INTERVIEW – HC Gomel coach Tomaz Cater believes that his team has a 50-50 chance against host Vipers Kristiansand in the semi-final at the Champions League qualifiers and he is serious about it.

Most people – and not only in Norway – tend to see Vipers Kristiansand as the favorite proceeding to the Champions League group phase from Qualification Group 1.

Not only because the team enjoys home advantage at Kristiansand’s “Aquarama” but also due to the simple fact that Vipers’ squad looks almost terrifying this season.

“Of course, Vipes have a very strong team with some very experienced players, but I definitely see an opportunity for us,” Tomaz Cater tells stregspiller.com.

Quite a remarkable prophecy, but the Slovenian coach in Gomel firmly believes in what he says. He may base his hopes on a very fast moving team.

After having watched a training session of team Gomel, you leave with the impression that this crew wants to play a fast and intense game of handball.

“This is a deliberate strategy.

“I want the teams who I train to play fast, and fortunately, this is possible with my current squad.

“In fact, I have been inspired a great deal by the Norwegian way of playing (handball ed.) – I like their entire approach to the game,” explains Tomaz Cater.

It is the second year in succession that Gomel has made it to the Champions League qualifiers.  Last year, the Belarusian champions did not make the cut.

HC Leipzig was too much to handle in the semi-final.  29:18 did the Germans win, before Gomel lost the third place match against Spanish Bera Bera (28:20) as well.

This time, the coach is considerably more optimistic.

“Of course, we can make use of the experience, we gained in the qualifiers last season, but then again, this is a completely new tournament, in a new environment.

“Obviously, it would mean a lot to us and our club as well for the development of women´s handball in Belarus, if we could qualify for the next stage, but it is not easy with a team like Vipers in our group.

“If we do not make it, it will be the EHF Cup for us again, and then we will collect more experience there, but it is not something I am thinking of yet.

“To me and to my team it is a question of concentrating on the next game and – more importantly – it is about developing continuously all the time.

“Right now, our next task is to fight Vipers Kristiansand on Saturday, and that is what we focus on, right now.

“After that game, we will see where we stand on Sunday and what will be possible,” says Tomaz Cater.