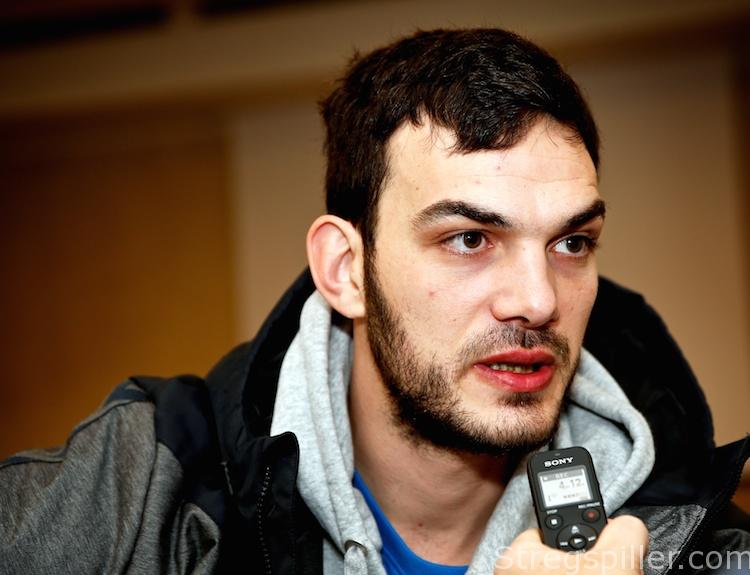 “Change of club and country has affected me”

INTERVIEW – The change from Füchse Berlin to Veszprém did have an impact on Petar Nenadic´s mental preparations ahead of the 2018 European championship.

Petar Nenadic is a man who has been around in the world of handball.

During his career, the 31-year-old Serbian left back has been representing a number of different clubs such as FC Barcelona (Spain), TTH Holstebro (Denmark), Pick Szeged (Hungary), Wisla Plock (Poland) and Füchse Berlin (Germany).

He admits that his most recent change of clubs has been one of the more emotional experiences for him.

At the end of 2017, he left Füchse Berlin and went to Hungary for the second time in his career, this time to represent the country’s absolute top team, Veszprém.

“I must say that the last month and a half has been – well, maybe not exactly difficult – but very emotional for me.

“For three and a half years, I played in Berlin and leaving them in the best position in a long time (the club is currently ranking second in the Bundesliga), filled me with satisfaction, but it also made it so much more challenging to say “Good Bye” to this club and the city.

“Even though I have played in Hungary before, there are plenty of new impressions in Veszprém, and I have to admit that all of it had an impact on me mentally and made it more difficult than usual to prepare for this European championship.

“But now, I am here and I am ready to give everything for my country, although it may not have been a lot, yet,” says Petar Nenadic, the day before Serbia´s crucial match against Iceland for the remaining main round ticket.

“We certainly did not play well in our first match against Croatia, where we lost big.

“You may also say that we lost rather big in our second game against Sweden, but the wide margin was not established until the very last minutes, and I think we improved from the first to our second match.

“Actually, we had a couple of attacks, where we could have reduced the distance to just one goal.

“We did not make use of these chances, but that is life.  At least, we still have one more match and one more opportunity to stay in the tournament.

“Of course, it will be a difficult game against Iceland, but we will simply have to see what happens,” sounds the philosophic approach of Nenadic.

The rules are clear for him and his Serbian teammates ahead of their last game of the group phase – anything less than a four-goal win against Iceland, on Tuesday night, will translate into the immediate exit from the tournament.

“In sport anything is possible.

“Sometimes, four goals is a lot in handball, and at other times, it is nothing.

“All I can say is that – in my opinion – we have a good team. I hope we will show it on Tuesday, and that we will win by at least four goals.

“Of course, it won’t be a simple task, as we are up against a strong team. Iceland have many very good players, and more importantly they have been playing the same system for a couple of years now.

“Still, we are going to fight until the last second to achieve this necessary victory.

“I think we will need to create heavy pressure from the start and be prepared to run a lot.

“If we can establish an early lead, I think our chances will be good. But once again, we are meeting a really good team, so it will be tough – inevitably.”

As one of the most experienced players in the Serbian team, he is very realistic about his own role in the upcoming match.

“Of course, my role is important.

“Players like Zarko (Sesum) and I have been in the national team for a long time, and it is only fair to expect a lot from us.

“We are prepared, but I also hope that other players will contribute more than has been the case in our first two matches.

“The entire team will have to do more in order to secure that victory” says the hard-shooting left back who is in no hurry to get back to his new club.

“I like it in Veszprém, but right now I am in no hurry to get back.

“I would really like to stay in Croatia at least for another week and keep playing at the European championship!” says Petar Nenadic.