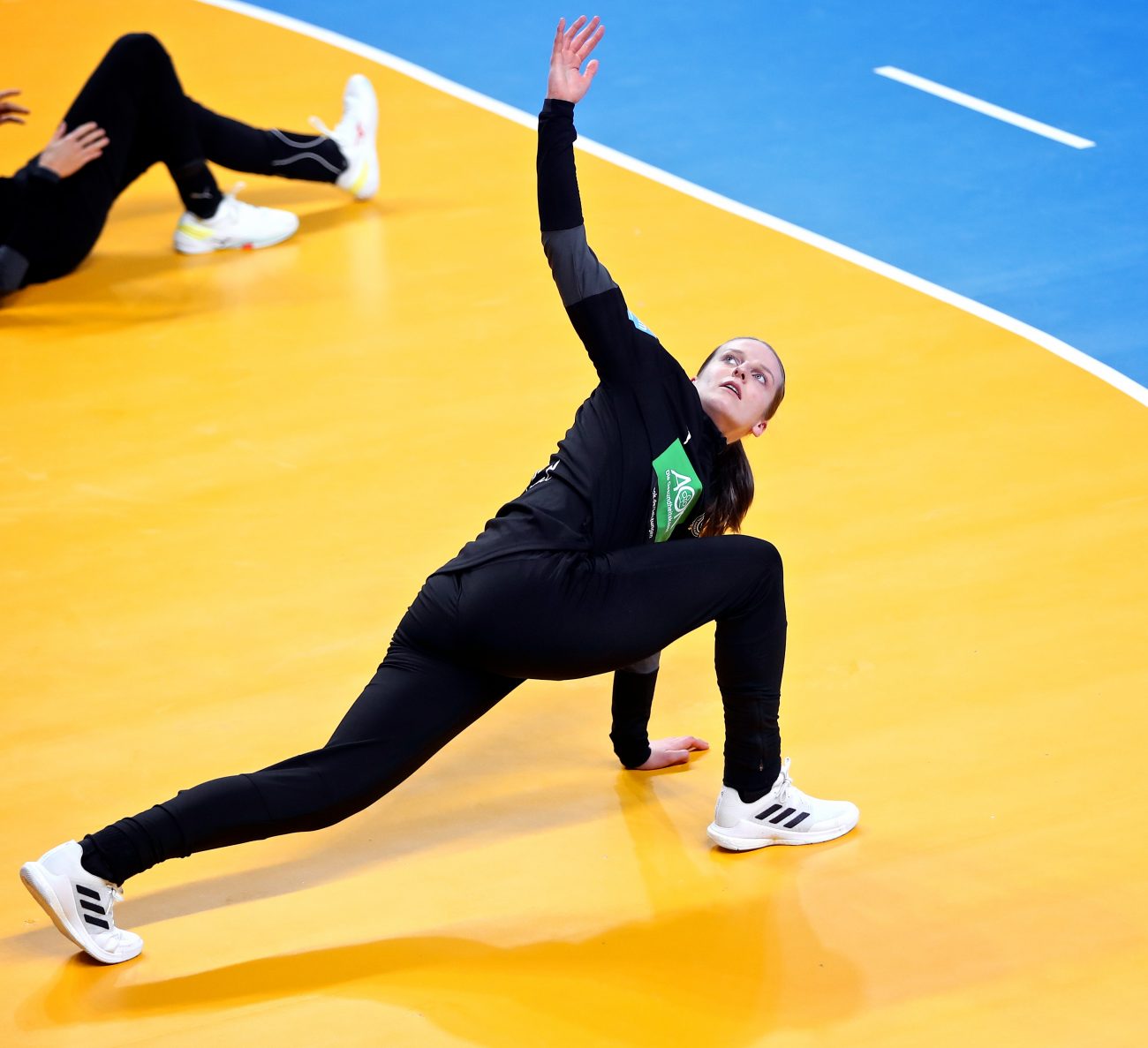 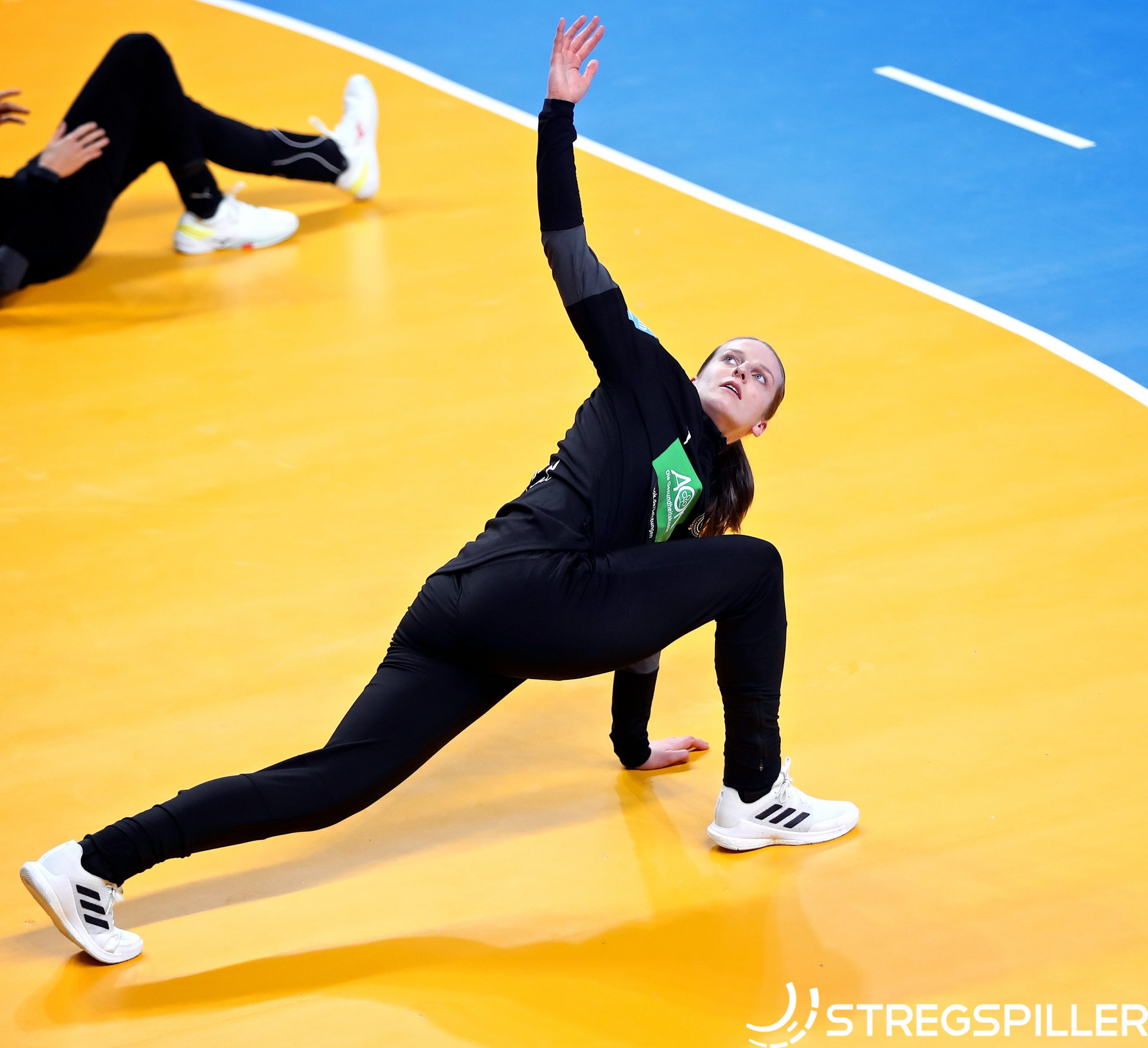 Until one week ago the upcoming matches between Germany and the Netherlands would have been one of the highlights of the qualification rounds for EHF EURO 2022.  Two back-to-back games between the 2019 World champions and the German team led by Dutch head coach, Henk Groener, would decide the the top of Group 3.

Everything changed overnight when Russia invaded neighboring Ukraine and the EHF’s subsequent decision to not only suspend the four times World champions, but Belarus as well.

The ruling effectively removed the last element of suspense in Group 3, where Germany had dropped a point in the first leg against Belarus in the fall of last year.  The disappointing result placed Grijseels & Co. in second place behind the Netherlands and left the door open (at least in theory) for missing the final round in Slovenia, North Macedonia and Montenegro, later in the year.

As the war in the Ukraine rages on, the dynamic of the two qualification matches have somewhat changed.  Now, both coaches will get a chance to experiment and try new formations.

Germany will have to find solutions on right wing as Marlene Kalf and Amelie Berger won’t be available and neither will be Silje Brons Petersen, Dinah Eckerle and Meike Schmelzer.

The Netherlands will be led by their new head coach, Per Johansson (Sweden), for the very first time and Dutch team captain, Danick Snelder, is looking forward to the new collaboration.

“We are happy that we can start with this new national coach. He brings international experience and has achieved good results with creative play with the Russian top club Rostov Don. I think his way of playing (handball ed.) fits well with our team and offers a perspective to be able to build on our game.”

After the 2021 IHF World championship in Spain neither coach had the opportunity to spend much time with their team for different reasons.  The DHB opted to cancel scheduled team collections earlier in the year as the ongoing spread of the Corona virus continued to disrupt match schedules throughout Europe and Per Johansson only started in his new job on February 23.

Prior to the game in Krefeld, Germany’s assistant coach, Alexander Koke, provided a cautious outlook and lowered expectations after the first practice sessions with the team.

“We still lack stability over the course of 60 minutes and our mental stress resilience needs to improve.  We are not reaching the level that we saw at World Cup ’21, yet.”

Given the lack of preparation, the contest between the two rivals in Krefeld (Mar. 3) and Rotterdam (Mar. 5) will boil down to a test of character and present a welcome opportunity to boost confidence after disappointing results for both teams at the World Cup, last year.

At this point, the extension of Henk Groener’s contract as head coach appears to be a formality, although it has not been formalized yet.

In the media call on March 2nd, DHB’s sports director, Axel Kromer, somewhat hedged his answer when pressed, referring to “particulars in the contract which have yet to be worked out”.

How long will Groener’s contract run and what key performance indicators (KPI’s) will be defined to measure progress going forward are just two critical questions that come to mind?

Thus far, the importance of the team’s development was stressed repeatedly – a soft criteria, which leaves room for interpretation.  Some critics don’t see the advancement or not enough of it ever since the Dutch coach took the helm in 2018, pointing out the sobering results since then – EURO 2018 (9th place), World Cup 2019 (8th place), EURO 2020 (7th place), Olympic Games 2020 (DNQ), World Cup 2021 (7th place).

At the most recent World Cup in Spain, especially two matches stuck in mind. The outsized loss against Denmark in the last game of the main round (16:32) and the way the team came apart in the elimination round against Spain (21:26) after a very promising start.  Back then, players and coaching staff alike dismissed the last impressions of the tournament and stressed the positive path the team is on.

No doubt, progress is visible on the defensive end and in counter attack, but significant work remains to be done on the other end of the court.

2021 was her year and Germany’s handball community took note.  In February, the magazine Handball Woche recognized Alina Grijseels (BVB Dortmund) as “Player of the Year 2021” and some weeks later she collected the inaugural German Handball Award, initiated by Germany’s most recent publication, Bock auf Handball, acknowledging the outstanding achievements with her club and her elevated role in the national team.

In short – good things happen when Grijseels is on the court and she appears to be comfortable in her new found leadership role. She certainly is the most visible example of some of the positive developments in and around Germany’s national handball team and will be one of the key players who will lead the way going forward.  The two games against the Netherlands will present a welcome stress test.

Players To Watch Out For

Alina Grijseels aside, watch out for Jenny Behrend (right wing), Isabell Roch (goalkeeper) and Lisa Antl (pivot) to step it up, while Dione Housheer (right back), Larissa Nusser (center back) and Yara ten Holte (goalkeeper) come to mind as the three players to look forward to for the Netherlands.