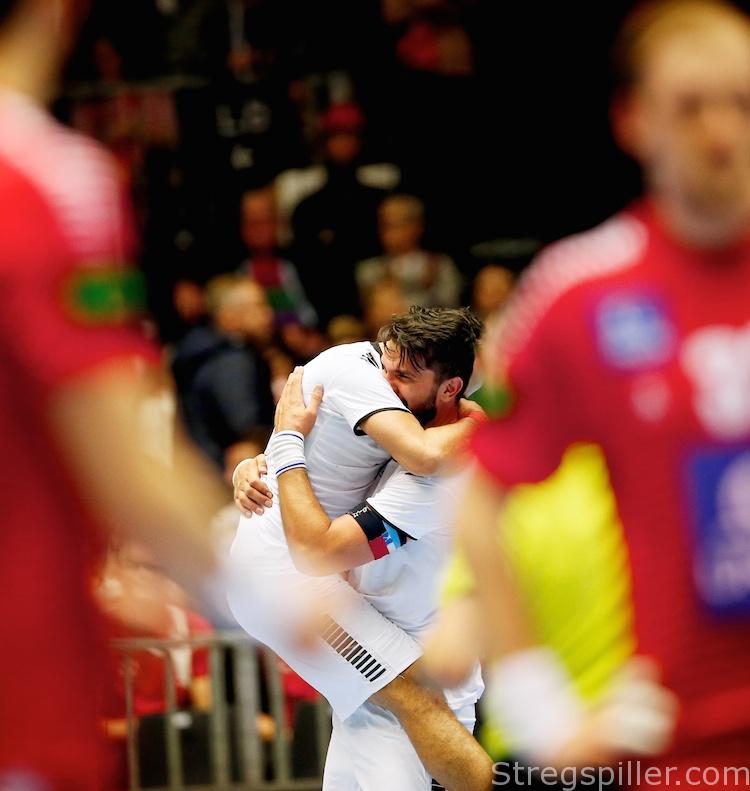 MATCH REVIEW – Only two days after losing by 23 goals to Denmark, Chile rose and defeated Austria by as much as eight goals.

Austria left a disappointing impression, apparently underestimating the willpower of their opponent. But that should not take away from Chile’s effort, who recorded their second win ever at a World Championship.

Austria had opened their World Cup campaign with a 29:22 victory against Saudi Arabia, while Chile were swept off the floor at Copenhagen’s Royal Arena 39:16 versus Denmark.

When Chile took their first win ever at a World Championship, defeating Belarus during the group phase in France, in 2017, head coach, Mateo Garralda, shet a silent tear of happiness.

If the handball Spanish legend – he  won the Champions League six times in his career as a player, as well as one World championship title – did the same on Saturday afternoon in Herning, it would have been only natural.

His squad showed a superb performance, as they earned their nation´s second victory in World Championship history.  It was deserved, as was the margin of difference between the two teams. The short period of rest between games did not affect them at all – to the contrary!

The half time result did not fully explain what went on, as Austria were in the lead.

Until the 28th minute, Chile had the upper hand and were in front several times by as much as  three goals.

Austria played a terrible game of handball against a rather unimpressed Chilean team, whose aggressive defense formation caused significant problems for Bylik & Co.

On the other end of the court, the two brothers –  Emil and Erwin Feuchtmann – took full advantage of  a wobbly Austrian defense that could not get much help from their goalkeepers, Kristian Pilipovic and Nikola Marinovic either.

Actually, it was no wonder that Chile took a quick two-goal lead, increasing it to three (7:4) as time went on.

The South Americans stayed up by three goals until 14:11 and it became quite apparent that Austria would need a lot of help, if they were going to avoid a larger deficit.

Austria opened the remaining 30 minutes adding to  their lead (16:14), and most of the spectators were expecting this to be the beginning of the end for the team from South America.

However, Chile were far from being beaten yet as they scored the next five goals (19:16) – they would not surrender the advantage again.

The Feuchtmann brothers led brilliantly as Chile carried on, and in goal  Felipe Barrientos began performing miracles. At the score of  28:20 Austrian journalists rubbed their eyes in disbelief – just like the rest of the arena.

By the time the final buzzer sounded, Chile celebrated the win as if they had just won the Championship, while the few Austrian fans in the stands deserve credit for supporting their team until the very end.

Chile will try and ride the wave of success on Monday afternoon when they’ll meet Tunisia who cannot not feel secure considering the recent effort of Feuchtmann & Co.

Whereas Austria will have to try and rise against Norway – a formidable if not insurmountable task.