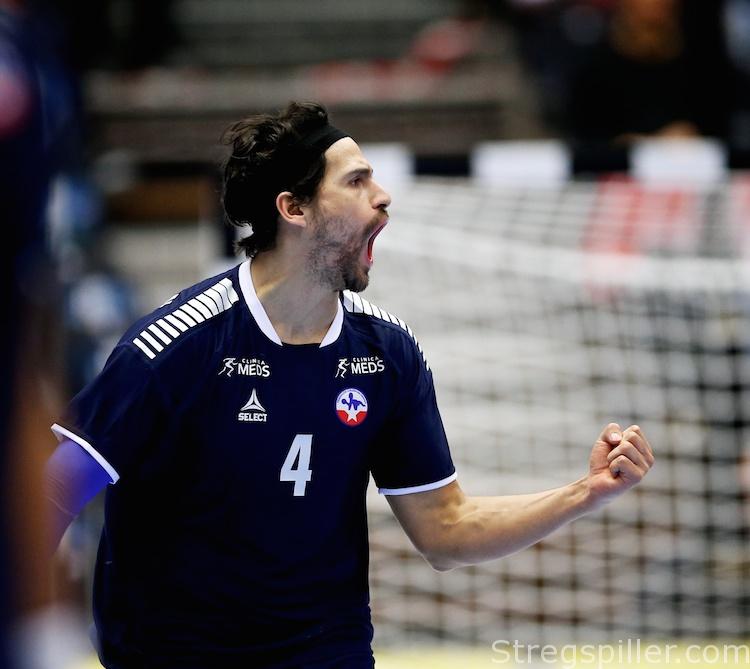 Chile leave Herning as a winner

MATCH REVIEW – Chile wrote handball history, taking their second win at a World Championship for the first time ever.

While Saudi Arabia only had the honor at stake, Chile could still reach the main round – in theory.  It would require a victory against Saudi Arabia, but it would also depend on the outcome of the match that followed, between Austria and Tunisia.

In any event, a Chilean win would write handball history, as it would be the first time ever, the team from South America would win two matches at a World Championship.

Chile did not make the cut to the main round, but they did write a chapter in the history books of handball, recording a 32:24 win against Austria.

Once again, the two brothers, Emil and Erwin Feuchtmann, back in action and made their presence felt, as they scored half of Chile’s goals – Erwin 11 and Emil five.

The match was even until 3:3, but then Chile took over.

Via 5:3 and 8:5, they went ahead and for the rest of a high-scoring first half, their lead varied between seven and eight goals.

Saudi Arabia did try a few different defense formations, but nothing helped. The team from South American scored at will and after 30 minutes already, looked like a sure winner.

Chile continued where they left off before the break, going ahead by 12 goals (26:14).  But, then Feutchmann & Co. stopped playing handball.

At seemed as if they were stunned by their big lead, and slowly but surely, Saudi Arabia moved closer.

Chile’s coach, Mateo Garralda, called a timeout, by the time Saudi Arabia had narrowed the gap to  27:20, bit to no effect.

While Chile prolonged their seven minutes scoring drought, Saudi Arabia cut the deficit to five goals 29:24), before Chile removed any doubts, while celebrating the victory as if they had qualified for the main round.

Both teams it will attend the “Losers´Round”, also known as the President´s Cup.