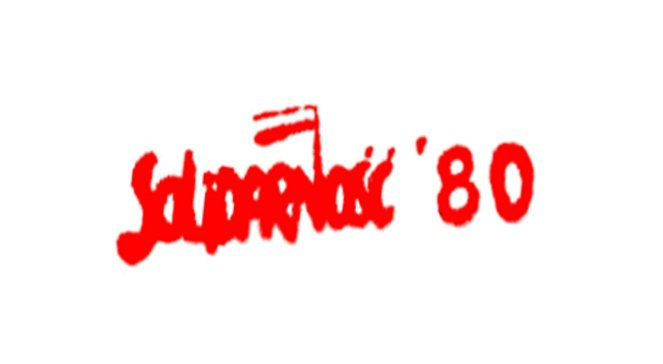 A personal account from Gdansk, venue of Group D of the European Handball Championship

Admit it – you feel the touch of history once you arrive at Gdansk.  You can hardly miss the Lenin shipyard where it all started. The spring of freedom for Poland and for the rest of Eastern Europe back in 1980.

The last ship left the yard many years ago, today the premises are used as a museum commemorating the dramatic changes back then.  The atmosphere is so intense that you almost expect to see Lech Walesa standing up and deliver one of his famous speeches.  Speaking of Lech Walesa, you are reminded of what he stood for as soon as you land in Gdansk – the Lech Walesa Airport.  But Gdansk is not just the cradle of Poland’s freedom movement that caused the fall of the communistic dictatorships all over Eastern Europe.  It is also the hometown of some of the world’s most important authors and philosophers like Günter Grass and Arthur Schopenhauer.

This third week of January 2016, no philosophers gathered in Gdansk but handball players.  The people of Gdansk – at least those of the 460,000 inhabitants, yours truly got the chance to meet – appeared to be proud of hosting the teams of Group D of the 12th European men´s handball championship.

Certainly, the city’s officials did their utmost to promote the event.  Banners and flags with the competitions’ logo were on display along all major roads of this widespread town and the organizers did their utmost to make everyone feel well and make the event run smoothly – and successfully, I’d like to add.  Attendance in ERGO Arena, where all matches were played, was absolutely satisfactory, especially when considering that the Polish host did not play one game in Gdansk.

One of the curiosities in Gdansk were the many Polish spectators in head-to-toe fan outfits, even though their team was playing hundreds of kilometers further south, in Krakow.  In their red-and-white colors they were easily mistaken for Danish fans – and Danes there were plenty of; around 3,500 on each match day.  The Danes really made themselves seen and heard, in the arena as well as in the city, enjoying the nightlife.  The word “dansk” is Danish for – Danish.  So obviously, the Danes loved the pun arising from taking the “G” away from Gdansk, (impossible for a Dane to get the tongue around the word anyway).  Gdansk became “Dansk”.

As always, Hungary had its own group of fans in attendance.   Although the number was surprisingly low, it was still considerably larger than all of Montenegrin and Russian supporters together.

A group without big surprises but interesting observations

The incidents on the court are already an “old hat” to all handball-interested people, so let us stick to some of the more interesting observations and curiosities.

People in the Gdansk area were constantly discussing if the ERGO Arena was actually situated in Gdansk, as it is geographically placed in Sopot – begging the question: Is Sopot a suburb of Gdansk or a town of its own?

Aside from the controversy, playing in Sopot was no new experience for Hungary and Denmark who met in the group final. Actually, the teams met in two tournaments in the suburb/town/city, in 1966 and 68 – competing in outdoor handball!  Hungary won on both occasions but this time the Danes got a meaningful revenge, winning 30:22.

Playing against Russia always has a historic dimension.  At the 1967 World Championship, the Danes performed one of the greatest sensations ever accomplished by a Danish national handball team, against a Soviet team who was the huge favorite.  The Danes won the semi-final 17:12 and secured the country’s first medal ever in men´s handball.

Back then Denmark achieved the deciding advantage in the final minutes and even though many years have passed – the Soviet Union has long ceased to exist – history repeated itself to a certain extent this time around.  Once again, Denmark decided the matter in the last 10 minutes of play when coach Gudmundsson’s squad changed a narrow 24:23 lead into a clear 31:25 win.

During the last round of the group phase, arithmetic usually plays a significant role – not so this time around as Montenegro bowed out with three defeats.  The Montenegrins only shone in the game against Denmark but not enough to avoid a narrow 30:28 defeat.  Unfortunately, one of the key players, left-back Vuko Borozan, broke his right hand in that match; therefore Montenegro was without a real chance in their last game against Russia, losing 28:21.

When talking about the action on the pitch, I cannot help mentioning the cheerleaders.  Opinions of having dancers entertaining the audience were split, as some considered their performance sexist.  But why does everything have to be so politically correct?  I am not ashamed to admit that I enjoyed looking at them – not only because the girls were attractive, but also because of their impressive shows.  It took quite some training to perform the way these 10 girls did.

The concept may even be an alternative for the FINAL4 tournament(s) of the Champions League instead of singers or bands?

And then, all of a sudden, it was all over after a hectic week. The international handball community said good-bye to the City of Freedom.  Thank you Gdansk for an unforgettable week.