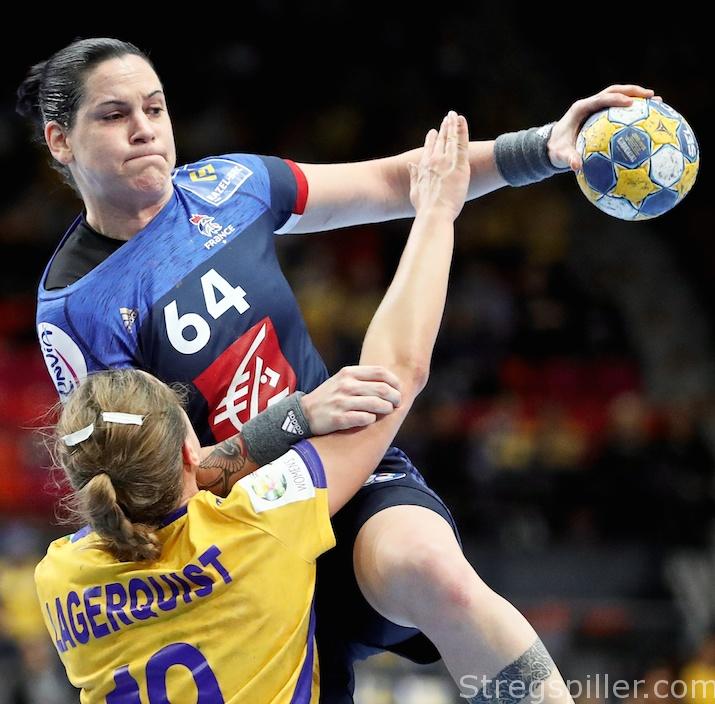 Clash of titans in Podgorica

MATCH OF THE WEEK PREVIEW – Two of the favorites for winning the Women´s Champions League this season meet Sunday night in Podgorica (Montenegro), as Buducnost are taking on Vardar in an early top match in Group 1 of the main round.

In the other game in Group 1, on Sunday, Thüringer HC receive Astrakhanochka, while FC Midtjylland and Team Esbjerg meet in a Danish derby in Group 2.

It does not get much bigger in women´s handball than a clash between Buducnost and Vardar.

Ahead of the encounter, Vardar are on top of the group with seven points, closely followed by Buducnost on six.

Both sides are contenders for the title, and Sunday’s game may give us a very good indication which team has the best chance of going all the way.

Duel of the Match, Part 1 – Bulatovic vs Lacrabere

Two of the best and most experienced players will be competing for victory.

Despite not being in the Montenegrin national team – for the moment – Katarina Bulatovic is still essential to Buducnost success, while the arrival of French international Alexandra Lacrabere has definitely boosted Vardar´s offense this season. Their respective performance will have a major impact on the outcome of this game.

Duel of the Match, Part 2 – Neagu vs Penezic

The left back position will be the next key to success. But in this case, there is no doubt who is the favorite.

Cristina Neagu from Buducnost is the superior player compared to Vardar´s Andrea Penezic, in all due respect.

Even though turbulences surrounding the head coach position – after two dismissals within less than a year – appear to have vanished in Vardar, Buducnost still has the edge.

Despite David Davis´ (Vardar) past as a brilliant left-wing for Ciudad Real and the Spanish national team, it still is a question if his coaching experience and tactical skills can match charismatic Dragan Adzic on the bench of Buducnost.

In a recent interview with stregspiller.com, Vardar’s playmaker, Andrea Lekic, expected the outcome of the match in the regional league between the two teams indicative for their Champions League meeting.

The two teams are absolutely no strangers to each other in recent Champions League history.

In 2015, Buducnost won the semi-final by a wide margin (28:18) taking the trophy, eventually. Last season, Vardar got revenge, winning the match for third place 30:28.

Missing center back Milena Raicevic will probably be a more severe blow to Buducnost’s chances than Vardar being without goalkeeper Inna Suslina.

It looks to be a very evenly matched game, and only their home court advantage lets me consider Buducnost as the narrow favorite.

Thüringer HC vs Astrakhanochka, Sunday 29th of January at 14.00 local time and CET

This match between the German and the Russian champion is a battle for staying in the race for a ticket to the quarter-final.

THC will begin their main round campaign with two points, while the situation is more desperate for pointless Astrakhanochka.

If THC can contain Astrakhanochka´s young left back talent Karina Sabirova, I hold the home team as the 60:40 favorite.

Team Esbjerg are ruling Danish champions, but still debutants in the Champions League.

Midtjylland, a club with FINAL4 experience in 2014, have also done better than Esbjerg in Denmark’s national league, lately.

Duel of the Match – Englert vs Sando

The duel of the goalkeepers is likely to become essential in this meeting between the two Danish top clubs.

The extremely experienced former German international Sabine Englert (Midtjylland) appears have a slight advantage over her adversary, Emily Stang Sando. But Sando, can literally shut her goal on one of her better days.

Both teams have lost key players in the fall.

Esbjerg’s situation appears to be worse, as they seem to have extreme difficulties making their game flow without pregnant Dutch star Estavana Polman.

Without her, Esbjerg only booked one point in their first three league matches in 2017, though none of the matches were against teams from the upper half of the league.

Midtjylland have said goodbye to no less than two national team players over the Christmas break.

Still, Midtjylland have done great ever since, winning all their domestic matches.

After replacing assistant coach Lars Krogh Jeppesen with another former Danish international, Jesper Jensen, Team Esbjerg finally got their first win in 2017 this week. They won their league match on the road against SK Aarhus 27:22.

At the same time, FC Midtjylland took a narrow 26:25 victory, at home, in the top match against Viborg.

Over the winter break, Team Esbjerg have brought in left-back Nanna Friis Traberg from second division team Fredericia to fill in for pregnant Estavana Polman.

“The home ground will be key,” says Midtjylland coach Kristian Kristensen, and he maybe correct, of course.

Home court advantage and Midtjylland´s better form as of late make them the favorite at 65:35.