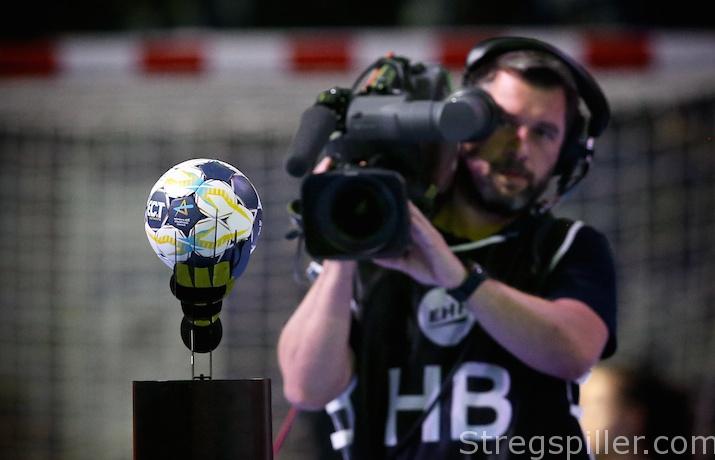 PREVIEW – The Women´s EHF Champions League FINAL4 in Budapest this upcoming weekend has been labeled as the closest one ever in the five-year short history of the tournament.

This may be true, but one favorite may still stand out – not necessarily the team that appears to be strongest on paper.

There are many stories that can be written about the 2018 Women´s FINAL4. One headline could easily read “Good-Bye FINAL4”, as all teams will lose key personnel after the event.

Györ and Rostov-Don will say good-bye to a pair of successful head coaches, while several players will depart from CSM Bucuresti and in Vardar the entire team will be on the move.

Others have chosen to call the 2018 FINAL4 “the most competitive event ever” since its opening round in 2014.

But maybe we do find a favorite after all?  Let’s take a look back at the four contenders – what have they shown us during the 2017/18 season and what can we expect to see in Budapest.

No matter how the FINAL4 will turn out, for the reigning champion it will be emotional any way you look at it.

It’s been a fact for quite some time that Ambros Martín will call it quits after six successful years as head coach in Györ.

Only recently it was made official what was rumored for weeks – he will join Rostov-Don on a one-year contract with the option to extend the agreement for another twelve months.

Assistant-coach Gábor Danyi will replace him after negotiations with former CSM coach, Helle Thomsen, did not succeed.

Martín’s farewell will be an emotional affair and so will be the retirement of Anja Althaus, unless the experienced line player will surprise all and prolong her career once again.

Another potential “good-bye” will overshadow the season ending event in the Hungarian capital. With the arrival of Norwegian international, Veronica Kristiansen, in the summer 2018, the future of Danish Anne Mette Hansen appears to be uncertain as some media outlets have suggested Hansen to be loaned to Hungarian league rival, ERD in the 2018/19 season. But nothing has been confirmed, according to Hansen.

“Nothing has been decided yet. Right now, it is at a stand-still,” Anne Mette Hansen told me recently.

For now, it’s all speculation. And what really happens at this FINAL4 is of more interest to the many fans, who will make the trip to Budapest in a few days. There, Györ will have a really good chance to defend their title.

Despite having been hit by several injuries, Györ have lived up to expectations, with a 22:28 loss against CSM Bucuresti – their only defeat during the main round. The only other time they dropped points en route to the FINAL4 – 22:23 in Rostov-Don – did not come as unexpected.

Missing Nora Mørk can hardly be compensated for and the same holds true for Zsuzsanna Tomori. Spanish Mireya Alvarez, who has replaced Mørk, may not be the very best right back in the world, but Ambros Martín is far from being short of backcourt options.

He will have Nycke Groot, Stine Oftedal, Eduarda Amorim, Anita Görbicz and Anne Mette Hansen at his disposal – a backcourt line that would be the envy of any other coach in the world of handball.

With Yvette Broch and Anja Althaus on deck, the line player position will be in good hands as well.

The goalkeeping duo of Kari Aalvik Grimsbø and Eva Kiss will be tough to get by and even though Papp László Arena won’t be Györ’s Audi Arena, Hungary’s FINAL4 representative will still feel at home, providing the extra advantage if and when it’s needed.

CSM Bucuresti without turbulence would be like the Fawlty Towers missing John Cleese. It just wouldn’t be the same.

The club owned by the Romanian municipality has certainly seen its fair share of “storms” ever since it appeared on Europe’s handball stage in the fall of 2015.

Often struggling to provide financial certainty and frequent coaching changes sum up Bucuresti’s state of affairs over the past few years.

The most recent casualty – Danish Helle Thomsen. She was let got because of disappointing results and possibly disagreement about the make-up of the team.

The signings of Vardar stars Andrea Lekic, Jovanka Radicevic and Dragana Cvijic could have hardly been discussed with Thomsen, but maybe there was yet another reason.

“She had lost the “locker-room,” a source close to CSM told me recently.

If you lose the faith and support of your players, you cannot be effective as coach anymore. In February, Helle Thomsen saw the writing on the wall, when she offered to resign. Back then the offer was rejected by management, instead they sacked her less than a month later – apparently a decision that was not taken unanimously.

Swedish Per Johansson has been brought in as the man to “get it done” for a second year in a row. Last year he could not deliver “the goods”, when he had to settle for third place. However, Johansson has been a success elsewhere.

Apart from the changes on the bench, the team will be influenced by numerous departures at the end of this season.

Several players are leaving or will have to go, making room for new signings including Andrea Lekic, Jovanka Radicevic, Dragana Cvijic and Barbara Lazovic.

All the turmoil surrounding the team should not shake CSM’s players too much as it has become a regular ocurrence. Looking at the squad, they have the deepest roster of all four teams, by far.

But do they also have the best team? I say – no.

For one they’re too dependent on Cristina Neagu. Of course, she is a fantastic competitor and CSM have so many other great players that the team should not fall apart, even when Neagu experiences a bad day.

But from time to time this has been the case and it is one of the reasons why CSM has been the most unstable team of the four clubs that made it to Budapest.

Four defeats – including a 22:25 loss to Danish underdogs Nykøbing Falster – did CSM suffer along the way to the FINAL4.

The supporters of the Romanian club may point to their impressive 34:21 win at home against Metz in the first leg of the quarter-final – probably CSM´s best performance this season.

However, their achievement in the return leg in France was far from convincing, when they were down by eight and nine goals shortly before the break. Actually, they looked like a team on the way out of the Champions League.

Yet, they managed to turn things around, preventing total disaster. They did not miss the FINAL4 2018, but we have yet to see signs of stability, a quality much needed to win the two-day event.

To sum it up: CSM does not have what it takes to defeat Györ in Budapest.

The time has come – the team of Vardar as we know it will be re-structured come summer.

Sergey Samsonenko has decided to not pay for the women´s team any longer and all players are free to find new clubs.

The FINAL4 in Budapest will be the team´s last appearance and the big question is, of course, how these very special circumstances will affect the players.

Two possible scenarios are on the table:

The first scenario will unfold as I trust Jovanka Radicevic when she recently told me: “We want to do anything to finally win the Champions League.

Almost all Vardar players have found new clubs by now and having their future settled, they can completely focus and enjoy the FINAL4. For many of them it will be their last appearance at handball’s premier club event, at least in the foreseeable future and they will make the best of it.

When I watched the emotions these players showed after their last Champions League match at Jane Sandanski arena, it was quite obvious that this team still means a lot to these women.

In addition to the emotional aspects, Vardar have been the most consistent team of all FINAL4 participants this season.

A 22:24 defeat away against Metz in the main round has been their only loss en route to Budapest.

Vardar were present at all previous FINAL4´s to date, but unable to win the competition, yet.

And this year, all the enthusiasm won’t be enough either.

Rostov-Don – Debutants, but no underdogs

For three years, we have been waiting to see Rostov-Don, in Budapest. Finally, they made it.

Over the past few seasons, the club from the south of Russia had the potential to reach the FINAL4, but they disappointed two years in a row.

In 2015/16, they went through group matches and main round as the only undefeated team – only to suffer two one-goal losses in the quarter-final against the Champions League debutants from Bucuresti, the eventual winner.

In 2017, Rostov-Don did not even make it to the main round, and succeeding in the EHF Cup was far from enough to satisfy the ambitions of the city and the entire region, the team so proudly represents.

Slowly and with the right coach, Frenchmen Frédéric Bougeant, Rostov’s brigade of star players managed to form a team. Under the auspices of Bougeant, Rostov practice a fast and attractive game of handball, and their only real blunder this season was a 21:24 loss in Midtjylland during the group phase, their only other defeat – 23:25 in Györ – was far more “acceptable” if not expected.

The return of veteran player Anna Sen from maternity leave is well timed and will provide Bougeant with yet another option.

Rostov have what it takes to land a narrow victory against Vardar and proceed to the final, where Györ will be waiting.

Certainly a very attractive and competitive final game of the 2018 Champions League.

It will also turn into a competition between two of the brightest and tactically most astute coaches in the universe of women´s handball – Martín vs. Bougeant.

Martín may not be the better man on the bench and Györ may not have a better team either, but enjoying “home court advantage” in addition to the team’s FINAL4 experience will lead the Hungarian handball powerhouse to yet another Champions League triumph in 2018.