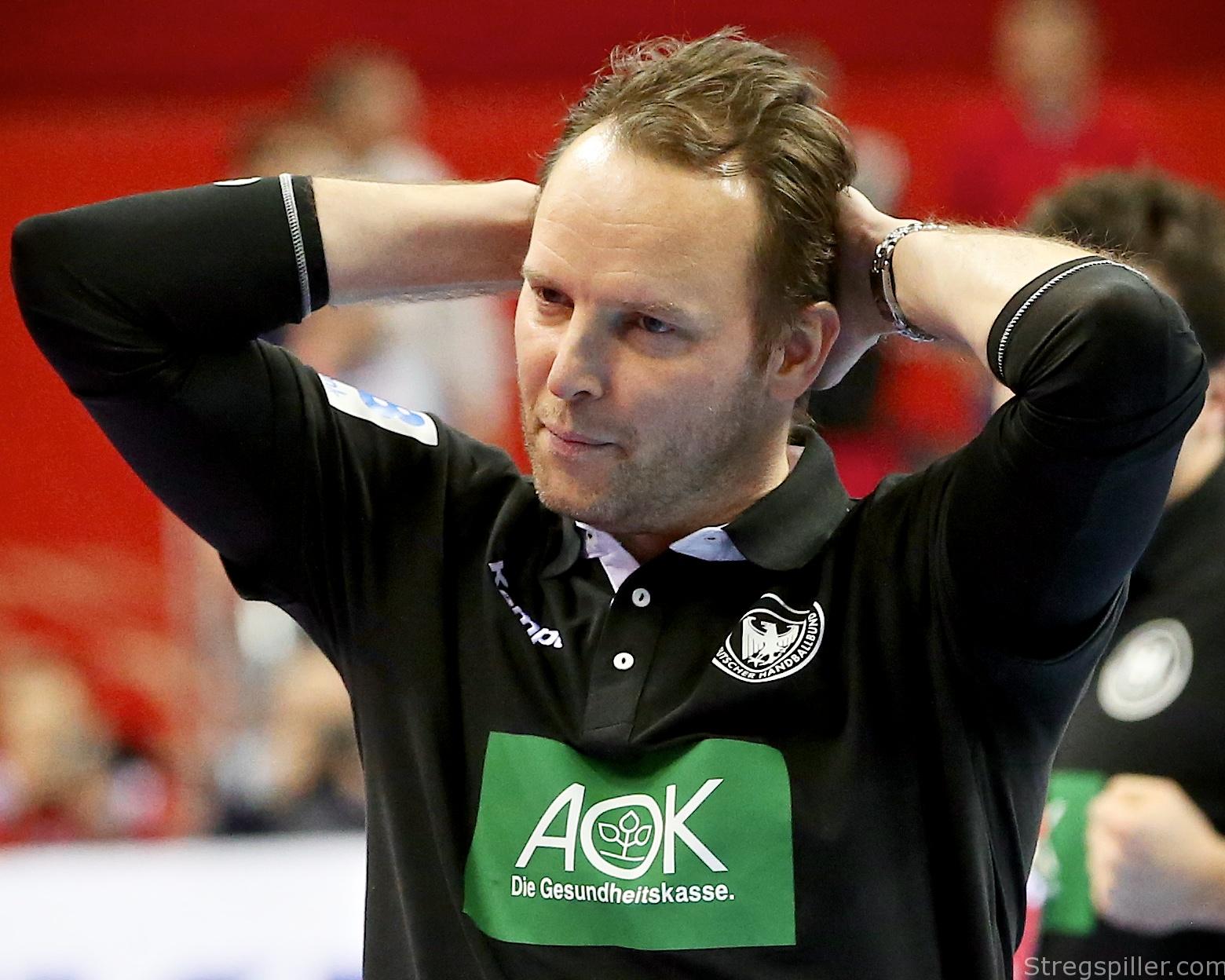 Yes, he’s as cold as ice, but unlike the musicians of “Foreigner” in their world-famous song from 1977, Dagur Sigurdsson is taking advice, mostly from his assistant coaches Axel Kromer and Alexander Haase.  Still, the Icelandic mastermind is in the spotlight, and rightfully so.  Within two years he has changed the attitude and culture of the German national handball team and after winning the EHF Euro in January, he added a bronze medal in Rio de Janeiro to his collection.

So what is Sigurdsson’s recipe for success?  When he was still active on the court he was a playmaker of high quality, especially when it came to understanding and reading the game.  But he never played for a big club.  Unless you consider German side LTV Wuppertal, Japanese team Wakunaga Hiroshima or A1 Bregenz (Austria) “big clubs”.  Just 397 goals in 215 international games for Iceland also underline his focus of making others around him better.

Sigurdsson was also a major football talent, even playing for Iceland’s U18 national team.  But he opted for handball, the best decision of his life it appears in retrospect.  However, that’s not exactly true.  The German head coach also owns a hostel in his hometown of Reykjavik and is working on various other projects as well.  Moving to Japan as a “coaching player” at the age of 27, shows a sense of adventure in addition to his varied interests.

I’m quite convinced that it helps Sigurdsson a lot to have seen a totally different culture as the one in Japan, although the ideas and attitudes of people in Central Europe are already diverse enough from those in Iceland.  Japanese people are known to be shy and polite, and they don’t talk too much to strangers – not unlike Sigurdsson.

After his stint in Hiroshima, he came back closer to home and joined Bregenz.  In Austria he was still a player (and coach) and Bregenz was almost unbeatable during his four years at Lake Constance.  The Austrian federation ÖHB had a first-hand look at one of the top coaching prospects in the game and with the European championship on home soil looming, they decided to make Sigurdsson their head coach.

Even today, ÖHB general secretary Martin Hausleitner talks about his former national coach as the lucky charm of Austrian handball.  Out of nowhere, without having qualified for a tournament in ages, the “red and white” finished 9th in the final rankings, ahead of teams like Germany, Slovenia or Russia.  Finally, Austria was taken seriously.

But Sigurdsson’s work made him an interesting candidate for others as well; he left Austria in the summer of 2009 and moved on to Berlin.  Bob Hanning, seen by many as the Napoleon of handball, hit jackpot by signing the Icelandic coach.  Within months the club went from a team right in the middle of the pack to third place in the Handball Bundesliga, qualified for the EHF Champions League for the first time and even made it to the Final Four in Cologne.

What else to ask for from your rather unknown rookie coach?  But his ability to lead others didn’t come out of nowhere, he was named captain in Wuppertal when he was only 24 years old.  Wherever he went, success followed him closely.  He won the German cup and the EHF Cup in Berlin before moving on to his most difficult task – getting the German national handball team back on track.

And Sigurdsson delivered once again.  His straight forward coaching style is well received amongst the players and the “team around the team”.  He has a no-nonsense attitude, doesn’t talk too much, is very analytical and prepares every game like it’s the most important of all.  Sometimes players complain that Sigurdsson doesn’t talk to them at all.  Well, they may take it as a compliment.

Even during timeouts he’s extremely brief.  “The players are so focused on the game, if I tell them too many things, they won’t be able to listen and understand”, Sigurdsson says.  It’s hard to argue against it, especially, if his team continues to win.  As I said at the beginning, he changed the culture and attitude of the German national team.  And he did it in a very short period of time.

Dagur Sigurdsson just seems to have the right plan all the time.  I wonder if he has a map for his life, because I doubt that his initial idea was to leave Iceland only to live in Japan one day.  He is, like all Icelandic people, very attached to his home country. Which means, unfortunately, that the German national team one day has to do without his services.  It will be a major loss, no matter what happens until the day of his departure.

But one thing seems to be certain: Wherever he will end up next, he will be successful.