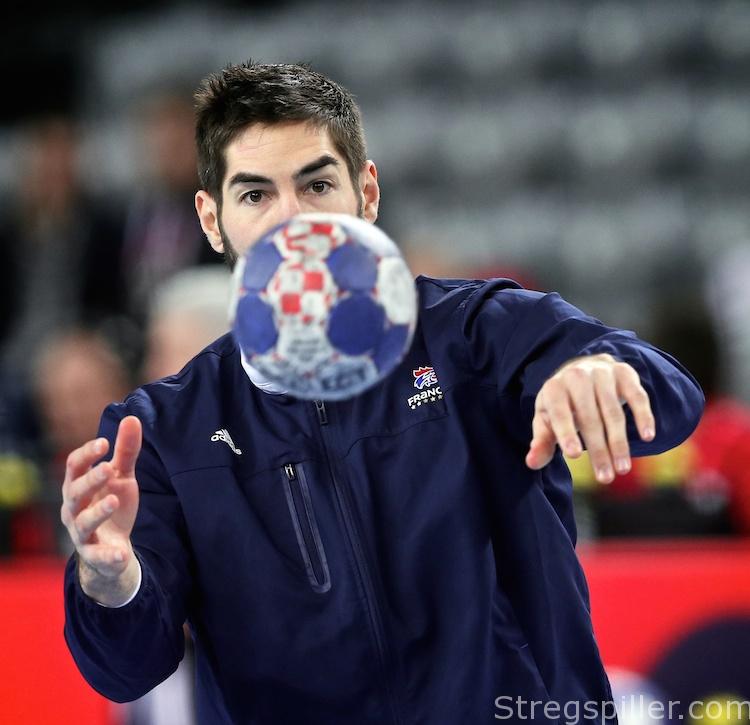 The current Covid virus variant, hygiene concepts and an ever increasing number of infected players dominated the weeks and days before the opening round at EURO 2022.  Croatia and France were affected as well.  While Nikola Karabatic (France) recovered in time to be part of the starting lineup, Domagoj Duvnjac and Luka Cindric (both Croatia) would miss the important first match in Group C.

A concentrated effort in the opening minutes of this handball classic was enough for France to control the match until the very end, in Szeged’s brand new handball arena. Croatia got close a few times, but a tumultuous period  in the second half (47th minute) cost them dearly as they found themselves with only three players on the pitch after some pushing and shoving.

Without their two playmakers, Croatia was lacking structure when in offense and on the other side of the field, France encountered little resistance.  Soon “Les Bleus” we’re ahead by five goals (10th minute) courtesy of a well orchestrated attack and some easy scoring on the backend of fast-breaks.

Midway through the half Karabatic & Co. took the foot off the pedal and Croatia was allowed to claw themselves back in the game without posing a real threat.

The reigning Olympic champion stayed in control, while Croatia increased their effort, especially in defense.  In the 47th minute, an overzealous David Mandic hit Kentin Mahe in the face and after reviewing the scene, the two Czech referees opted for a red / blue card combination.  Croatia’s momentum was broken and a last-ditch effort to play 7-vs-6 did not yield any results.

Looking at the stats it’s easy to explain the French win by the outstanding performances of Dika Mem (6) and Ludovic Fabregas (5) and a superb effort of Hugo Descat (7) from the 7-meter line.

On the other side veteran, Ivan Cupic, had to do most of the heavy lifting.  No doubt after the subpar performance in the opening round he and the rest of the team must look forward to some much needed help from Luka Cindric in the critical match against Serbia.