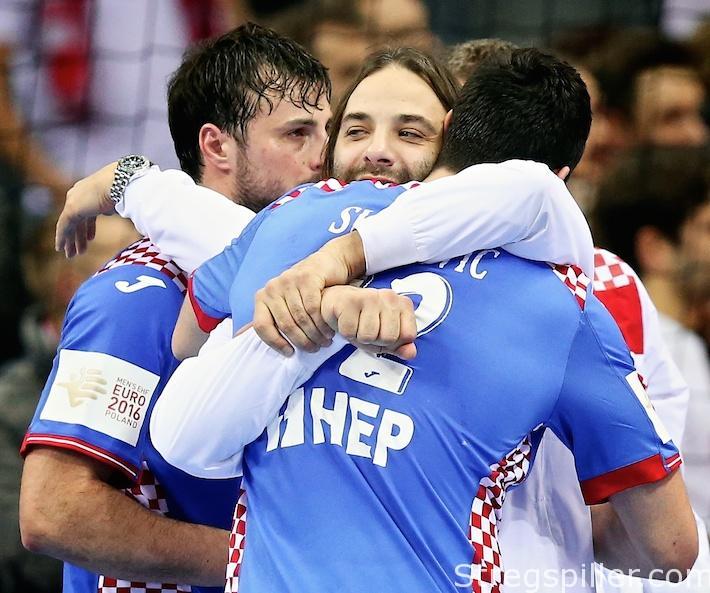 Do you remember when Ivano Balic totally dominated the world of handball?  When no-look passes to his teammates, made Croatian fans go crazy because of his incredible skills.  When Balic was named MVP in five consecutive tournaments.  He was just that good.  He made the players around him better, just ask Steffen Fäth, he took a massive step forward in his development as a player when the two of them played at HSG Wetzlar.

Well, Balic retired for good after the 2014/15 season, something he had done already at the national team after former head coach, Slavko Goluža, had dropped him without further explanation from the roster of the 2013 World championship in Spain.  But Balic has been present ever since. He went to Qatar two years ago to work for a TV station and now he is the sports director of the Croatian handball federation.

His successor on the court is Domagoj Duvnjak, a fantastic player in offense and defense.  Yet, he brings a totally different style to the pitch.  He’s less of a playmaker, although you could argue that everyone is less of a playmaker compared to Balic because he was the best.  Duvnjak’s main problem is that he has to perform at 100 percent to give his team a chance to win.  This used to be different in the past, when players like Igor Vori, Ivan Cupic or Marko Kopljar were still around.

Who’s left for coach Zeljko Babic, the man caused more trouble than needed when he stepped down after a surprising quarterfinal loss to Poland at the Rio Olympics.  But the federation wanted him to stay and convinced him to continue.  Looks a bit like kindergarden to me, especially when you take in to consideration that Croatia is one of the most important handball countries in the world.

Taking a look at the roster you easily recognize that there are almost no famous names left.  Croatia is in the middle of a transition phase that could last another two or three years.  At least they can rely on a major talent in goal – Filip Ivić.  He joined Vive Tauron Kielce before the start of the current season, and he is a heck of a player.  He’s still rather young, being just 24 years old, but he has shown his immense value in the Champions League and is the perfect successor to former number one Mirko Alilovic.

Manuel Štrlek, Ivić’s club teammate in Kielce, is the other world-class player on the team.  Everyone else is either injured or has retired in recent years – see the names I listed above.  Not having Vori on the team wouldn’t be a problem if Marino Maric or Kresimir Kozina would be in France.  But Maric is out with an injury and Kozina didn’t make the squad, strangely enough.

That means that Duvnjak has to create space for himself and make use of it.  He’s a workhorse, and he complains a lot about too many games throughout the season.  At the same time he’s just too proud of a player and too proud of a Croatian to take a break from the national team, to let younger players gain some important experience.  But he’s correct in doing so, because Croatia is still close to winning medals, like at the EURO in Poland last year.

Croatia faces tricky opponents with Germany waiting on the last day of the group stage.  To go deep into the tournament, Croatia needs to win the group, but only has a slim chance, as Germany has a very deep bench.  If PSG’s right-back, Luka Stepančić, is having a good day, and a great tournament, and Duvnjak still has some gas left in the tank and Ivić turns into a wall, by the time elimination rounds commence, a medal is not out of reach.  Yet, I’m not totally convinced.  Croatia could easily drop out in the quarter-finals, and then it will be chaotic and crazy again.