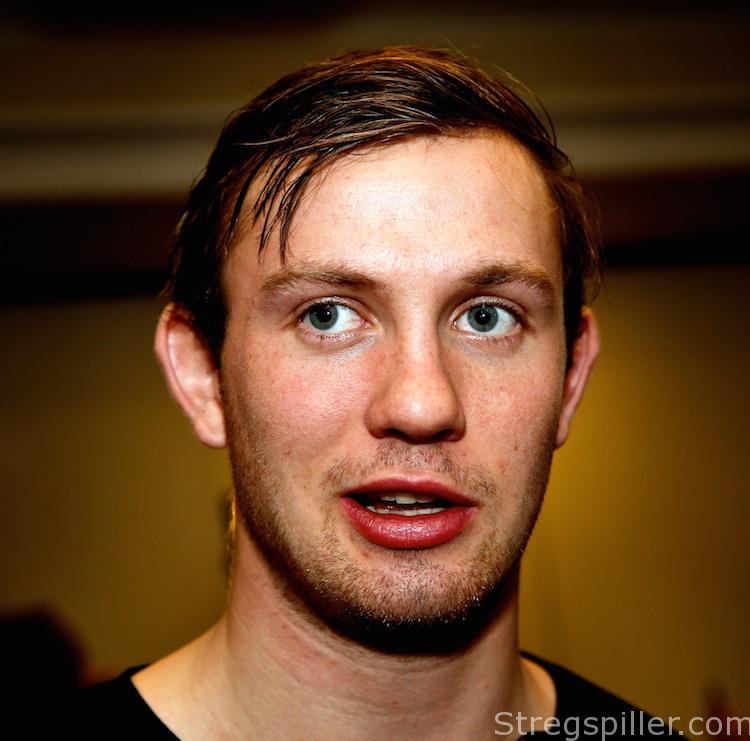 “Croatia will have a real hard time stopping us”

INTERVIEW – Sander Sagosen, talks to stregspiller.com about his important role in Norway’s national handball team, and how joining Paris Saint-Germain has boosted his career.

In a strong Norwegian national team, Sander Sagosen stands out as the star player among several others.

The 22-year-old left back and playmaker has to do well, for Norway to live up to their high expectations. He knows about his role and what is expected of him.

“I know – I have an important role in the team, and I am well aware of it.

“We all have very clearly defined roles in our squad and that’s probably one of our strengths.

“I also know I have to perform every time and that’s only natural. I am completely okay with all of it,” says Sander Sagosen.

Norway can hardly be dissatisfied with their European championship campaign, so far. After losing narrowly and – some say undeservedly – to France in their opening match, Norway won their next three games.  The last one on Thursday night when Serbia were defeated 32:27.  As his teammates, Sagosen is content with his team´s performance.

“I think we have done well.

“We have achieved good results and played well. Maybe, we were a bit weak in the last 10 minutes against France, but apart from that, I think we have a fine European championship to date,” says Sander Sagosen who still sees room for improvement.

“Actually, I hope we can improve even further from what we have shown until now.

“At this championship, I think we have been able to play a bit better match by match, but I think we can also improve on a few details in our upcoming game against Croatia, says the young star who sees several teams competing for the ultimate prize.

“The level is very high”

“Obviously, I have been focusing on my own team, the nations we have been playing against and the one’s we will meet in the near future.

“But I did have the time to look at teams such as Germany, Denmark, Sweden, Slovenia and Spain and my impression is that the level of this tournament is very high.

“I see a number of teams that can take the title this time,” says Sagosen who realizes that Norway is also seen as one of the nations that can finish on top of the podium, on January 28th, the day of the final.

“We know that and we are fine with it.

“I think it is cool that people put this kind of pressure on us, mentioning us as one of the favorites.

“We also believe that we can play for the top prize and it is an acknowledgment of what we are doing (on the court ed.) that so many people see us as contenders,” he finds.

Joining PSG has meant a lot

Ahead of this season, he joined one of the most ambitious – and wealthiest – handball clubs in the world, Paris Saint-Germain Handball.

Quite a change from Danish champion, Aalborg Handbold, but Sagosen feels that the transfer has meant a lot to his development as a handball player on the national team.

“I have probably added one or two dimensions to my game, and working with “Noka” (PSG coach Zvonimir Serdarusic, ed.) I have learned a new way of how to play handball – it did have an impact on my offensive game, especially.

“I feel I have benefited a great deal in Paris as well as in the national team,” says Sander Sagosen who has seen considerably more court time in his first season in Paris – much more than other young players usually get when joining a club on the top level.

“Maybe I have played a bit more than I expected in the first place, but this is probably due to the fact that I have been taking my chance when I get it.

“I knew before I arrived that Noka had great expectations and that he also placed enormous confidence in me – he has certainly proven it.

“We have many great players who have to play much, but we also compete in many games. So, it has not been so difficult for me to get my share of time on the court,” he explains.

On Saturday night, Croatia will be awaiting Sander Sagosen and Team Norway and he expects two factors deciding the clash with the host.

“It is going to be a f…ing tough match.

“Croatia are a very good team and I think it will be an extremely attractive handball match for the spectators to watch.

“I think we will focus mostly on our own game and I think that our defense and fast breaks may decide the match.

“Those two elements obviously work hand in hand, and when we execute these two aspects well, Croatia will have a real hard time stopping us.

“If we can improve our level just a little bit further and make our defense and fast breaks work, it’s inevitable that it will be difficult for the Croatians,” predicts Sander Sagosen.