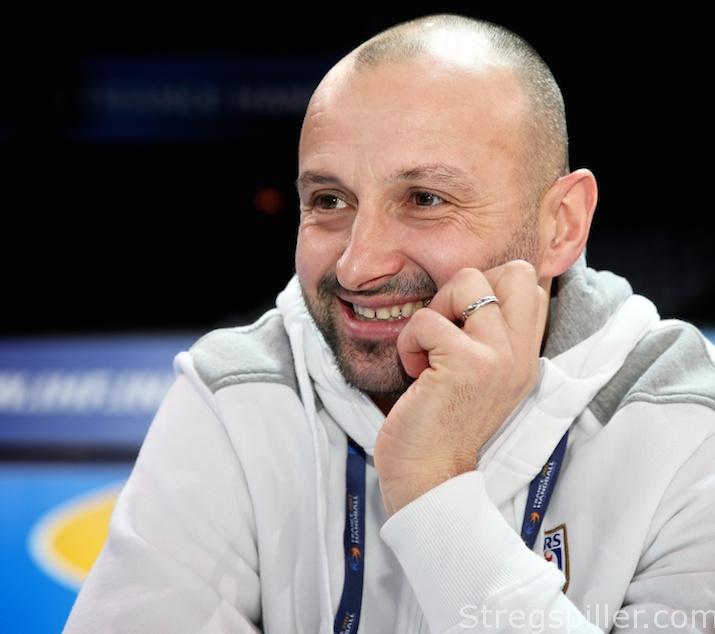 What on earth is going on with Croatia’s handball federation?  After Zejlko Babic had stepped down from his position after a stunning loss to Poland, right after the quarterfinal of the Rio Olympics, Ivano Balic, the now former sports coordinator, talked him back into the job.  Yet, after a mixed performance in France – Croatia was one penalty shot away from making it to the final of the World championship – Babic was let go.

Only a few days later the federation announced that Babic would be replaced.  When news agency 24sata reported first, the HRS confirmed the news on its website shortly afterwards.  Ivano Balic, a living legend in Croatia, was fired as well, along with assistant coach Petar Metlicic and goalkeeping coach Venio Losert.

The new coaching staff will be announced later this month and the current coach of Slovenia, Veselin Vujovic, is listed as the prime candidate to take the hot seat on Croatia’s bench.

It seems Balic himself didn’t anticipate the move at all.  During the World championship in France he was talking about his job and how happy he is.

“I love my job and I love my life.  I come to work every day at 8 o’clock, sometimes I have a lot to do, sometimes less, but I enjoy it very much,” Balic said.

That was less than a month ago.  Now he’s gone, as are Babic, Metlicic and Losert.  Especially Metlicic was praised by Balic as an “outstanding coach to work with”.

So what went wrong as Croatia actually won a Bronze medal in Poland one year ago and was as close as one can get to the final in France?

The federation cited the style of preparation as the main reason for the dismissal, along with the general style of the people in charge.  Especially Babic was seen as a problem, as he didn’t have a good relation with the always critical Croatian media.  So one year before the EURO 2018, hosted by Croatia, the HRS didn’t want to waste any time.

It underlines that results sometimes overshadow what’s happening off the court.  While Ivano Balic is known to be somewhat of a diva at times, his “handball mind” is out of question.  He wooed Babic back into his job after he had stepped down after the loss to Poland in Rio.

But Tomislav Grahovac, the HRS president, didn’t like certain statements made by the team officials.

“I don’t know who said we want to make the quarterfinal, that’s not a good goal to set,” Grahovac said.  “We want to win a medal every time we take part in a tournament,” he added.

The comment probably sums up the actual problem of Croatian handball.  Olympic champion Denmark and European champion Germany didn’t even make the quarterfinal in France.  It’s just not possible anymore to “guarantee” medals – the elite handball nations are just too close to each other.  Also, the team is too dependent on the form of Domagoj Duvnjak.  A circumstance that isn’t his fault at all and certainly not the fault of the coaches.

It’s more a problem of Croatian handball in general.  You won’t pull a Balic or Duvnjak every two years off the street.  Especially Balic was a once-in-a-lifetime talent.  He made his teammates so much better and even slightly above average players looked like stars next to the wizard from Split.  It all feels more like a political verdict rather than a decision with handball in mind.  In France, Croatia was hampered by the game schedule; otherwise a Bronze medal would have been more likely.

And if I remember correctly, even when Balic was in his prime, Croatia didn’t collect Gold medal after Gold medal.  True, everyone who followed Lino Cervar didn’t have it easy, even though Babic replaced Slavko Goluza, but Cervar’s shadow still looms large.

HRS officials should maybe reconsider their actions, instead of putting more pressure on the team and the new coaching staff – it won’t help making their work any easier ahead of the big event in 2018.