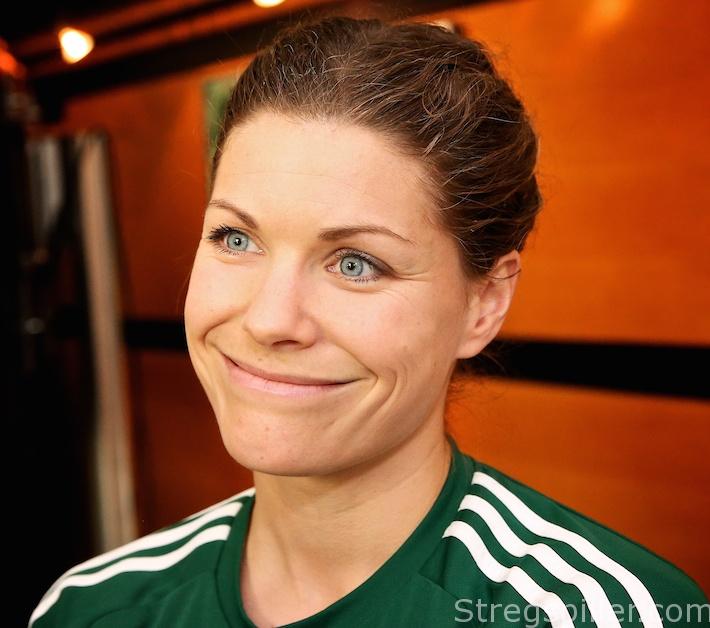 Crucial to Gyor to be back at the FINAL4

INTERVIEW – Gyor´s Norwegian goalkeeper Kari Aalvik Grimsbø admits that missing the FINAL4 last year hurt ambitious Gyor, and it makes this year’s FINAL4 so much more important for the club.

Last year, Hungary was without representation at the FINAL4, a somewhat humiliating experience for the country´s number one club, Gyor Audi ETO KC, as the tournament is taking place in the Hungarian capital, Budapest, every year.  The fact that they lost the Hungarian championship to their eternal rivals FTC – still better known as Ferencvaros – made last season even more disastrous to the crew of coach Ambros Martin.

The sum of the disappointing events of the 2014/15 season make it so important for this proud club to be part of the action at Papp Laszlo Arena this year, once again.

“Of course, it is important for us to be here again.

“I can feel that it is a relief to everyone in the club that we have made it this year, but of course, we do not want to stop at that!  We want to go all the way!” Grimsbø tells stregspiller.com.

The 31-year-old back-to-back Olympic champion and ruling World champion has been with Gyor for nearly a year and a half after joining from Danish Team Esbjerg in January 2015.

“This is my first FINAL4, and of course, I find it great to be part of it.  I am really excited about the games in the two upcoming days,” says the goalkeeper, who confirms that it has been a long journey for Gyor to reach the FINAL4.

The trip began with two qualification matches in her homeland Norway, in September 2015, in the aftermath of her team failing to win the Hungarian championship.

“Lately, however, I think we have gotten our team to function really well, and I feel that we have improved ahead of this FINAL4.

“However, the other three teams are also great teams. If they were not, they would not be here,” says Grimsbø who could celebrate being nominated for the Champions League All Star Team.

Being used to playing in Norway and Denmark, you might expect it to be some kind of a change to go to Hungary, but the transfer has not been all that big for Kari Aalvik Grimsbø.

“Of course, there has been a new culture and a different mentality to get used to, and also a somewhat different handball philosophy, but it really has been quite easy for me to adjust.

“I feel very well here, and it has not been difficult or taken too long to get integrated in the team and in the club.

“Of course, there were several new players at the start of the season who had to adjust to our way of playing, and I was still relatively new myself at the time, but I feel that it all went very smoothly, and the team functions very well now,” she says.

Everyone will have to step up

In the first semi-final on Saturday, ruling Champions League winner Buducnost will be awaiting Grimsbø and her teammates from Gyor, but she does not see the Montenegrin side as being particular frightening.

“Any of the teams would have been just as “frightening”!

“We played two close matches against them in the main round, so they are no strangers to us.

“Of course, they are a strong opponent, and there is no doubt that each and every one of us will have to step it up and be at our absolutely best in order to win, but if we accomplish that, I definitely think we have a good chance of reaching the final, where anything can happen,” finds Kari Aalvik Grimsbø.