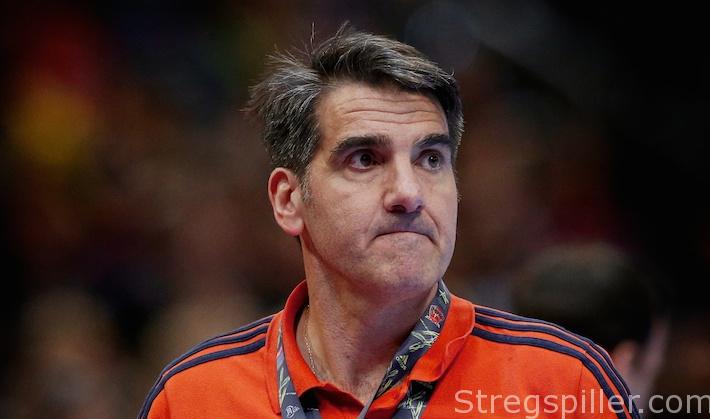 Match of the week – in fact, it may have been the game of the EHF Champions League season 2015/16 already – MVM Veszprem vs. SG Flensburg-Handewitt.; the Hungarian Champion and runner-up of the 2015 Final4 in Cologne against the unlikely 2014 winner of handball’s premier competition.  Going into the match Flensburg was riding high following a fantastic win over Paris Saint Germain on opening day of this year’s Champions League season while Veszprem had to deal with a last minute tie at Plock as well as the subsequent and unexpected dismissal of head-coach Antonio Carlos Ortega.  Xabi Sabate, Ortega’s former side-kick, had been announced as the interim solution before a more seasoned candidate would take the helm at the Hungarian handball powerhouse.

The premise on the outset of Flensburg’s visit to Veszprem’s lion’s den could not have been more different.  On the one hand the club from the north of Germany, still celebrating the recent contract extension with Ljubomir Vranjes , one of  Europe’s most wanted coaches, until 2020 and on the other hand an organization that saw the need to push the panic button, firing Ortega after a “series” of sub-par performances at the 2015 “Moneyball” tournament aka IHF Super Globe and the infamous draw against Wisla Plock.  In both instances, Veszprem was not able to close out the game at crunch time – Fuechse Berlin won the affair in Qatar in OT while Plock was able to keep one point in Poland after scoring twice in the final minute of the match.  Add to that rumors of a somewhat divided locker-room and you get some “good” reasons to relieve a coach of his responsibilities before the season gets into full swing.  The very same coach, whose contract was prolonged a year ago until 2017.

The story of the match is quickly told.

September 26, 2015, 17:30 hrs. CET – Veszprem Arena.  5,000 frenetic spectators made sure that Ortega’s legacy won’t be forgotten easily, chanting his name in the opening minutes of the game.  A match that began with a surprising Flensburg line-up.  Instead of the experienced Thomas Mogensen and Holger Glandorf, the young back-court trio consisting of Lauge, Gottfridsson and Jakobsson took to the court.  A move that paid-off until the first 2 minutes penalty against Flensburg when Laszlo Nagy & Co. began to steadily increase the goal differential in their favor.   What followed may be called a gamble by some or tactical move extraordinaire by others.  By the middle of the first half coach Vranjes was playing with no line- but four back-court players – a risky manoeuvre that did not yield any meaningful results.  Luckily, Veszprem was unable to blow the game wide open at that time.  To the contrary, at the half-time buzzer, Eggert & Co. had clawed their way back into the game trailing by one goal only, 15:14.

The second period at Veszprem Arena opened with the premature departure of Laszlo Nagy when he fractured his right hand while diving for a loose ball – an injury that may prove to be more critical in the weeks ahead.  In this match it did not matter in the end.  Flensburg continued to struggle with Veszprem’s ferocious attacks and Nilsson’s physical presence on the line.   Still, by minute 52, Gottfridsson’s second goal in the match had pulled his team within one and all of a sudden victory was within reach.  As is known by now, Xavi Sabate had made his crucial move about ten minutes earlier when he replaced starting goal-keeper Roland Mikkler with Mirko Alilovic.  Croatia’s national keeper effectively denied most scoring efforts until the final whistle blew and Flensburg had to settle for a final score of 28:24.

The message(s) between the lines of this game and the events of last week are more subtle and run deeper than a look at the score board may suggest.  Here, Xavi Sabate trying to preserve and extend the legacy of coach Ortega in a “must-win” Champions League match at home and on the other side a team leader at peace with his squad and his club.  Leaving nothing to coincidence Sabate’s starting back-court line spoke for itself – experienced and world-class.  Illic, Plamarsson and Nagy.  The contrast to Vranje’s decision to go with Rasmus Lauge, Jim Gottfridsson and Johan Jakobsson could not have been more pronounced.  In the press conference following the match against Veszprem, Flensburg’s coach was quite content with his player’s performance stating that he was “very satisfied with his team almost during the whole game.”  While defense specialist “Tobbe” Karlsson found more critical words referring to his teammates numerous turnovers, Vranjes appeared to be at ease.

The new format of the 2015/16 EHF Champions League and ongoing efforts in Paris to build the equivalent of a handball dream-team provide some clues and help explain the pressures in Veszprem and Flensburg on the outset of what may become the most exciting European championship series yet.

In the week following Antonio Ortega’s departure in Hungary, Paris announced a new, high-profile addition to their coaching staff – Staffan Olsson, co-head of Sweden’s national handball team and long-time acquaintance of Serdarusic.  Another important element in the build-up of Europe’s designated Champions League winner for the years to come.  Add to that the strains created by the EHF’s reformed match schedule and you begin to understand why Veszprem’s management saw the need to act and pull the plug; effectively cutting Ortega’s coaching career short before he could get another chance to deliver what Veszprem needs most – a Champions League win at the Final4 in Cologne 2016.

Apparently, the folks in charge at Veszprem concluded that Ortega would not be the right man anymore that guides Hungary’s dominant handball team through the most critical moments of the game at this juncture in the club’s history.  The outcomes in Qatar and Plock at crunch time, proved to be costly – certainly in one case.  Too much money has been invested in a veteran team that has been built around the heart and soul of MVM Veszprem – Laszlo Nagy.  Let’s face it there is no long-term horizon to develop and shape a championship team as it may exist in Flensburg where Ljubomir Vranjes enjoys the support and freedom to take another run at whatever trophy comes his way.  Vranje’s is one of the very few trainers that has “been there” and “done it”.  He delivered one of the most improbable Champions League Final4 wins at a time when nobody was expecting it.  Yet, he was ready for it when the game was on the line, in overtime against FC Barcelona; during the dramatic moments of the 7-meter shoot-out when he trusted youngster Hampus Wanne to take the game winning penalty shot and a day later when he guided his team’s come-back all the way to the Champions League podium, beating the eternal rival from Kiel.  The accolades that followed becoming “World Handball Coach of the Year 2014” were the icing on the cake.

Veszprem’s next coach will have to do just that – “ice the cake” and deliver Europe’s most prestigious trophy in club handball – now!  It will become the job of someone else to crown the team that Ortega built – someone who has “been there” and “done it.”

(Definition: A critical period of time during which it is necessary to work hard and fast.)