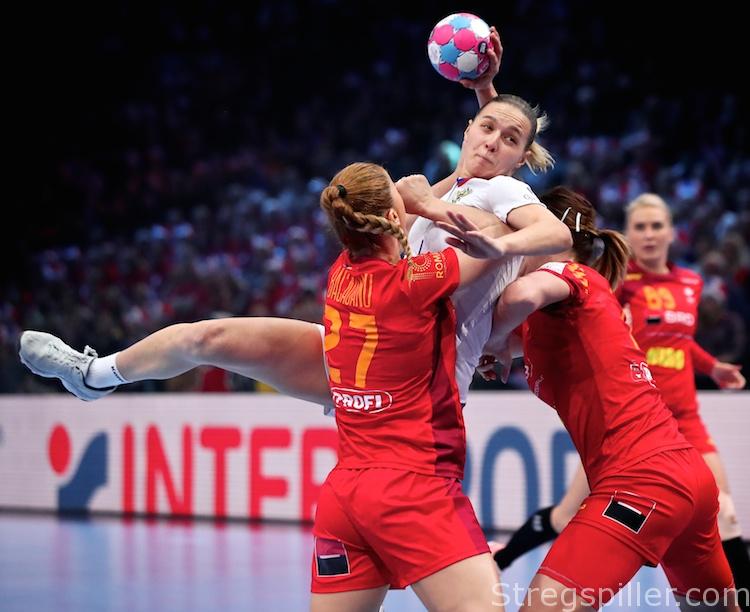 CSKA Moscow – a star is born

FEATURE – An entirely new star will appear in the universe of international women´s handball.

Literally out of nowhere, CSKA Moscow has entered the Russian league with the support of the Russian Handball Federation. The new team aims high and wants to win the Champions League in three years time.

If there is one thing that CSKA Moscow is not known for, it’s women handball. But, that’s going to change.

As of this season, the club from the capital will be represented by a brand new team in Russia’s “Superliga”, courtesy of a wild card from the Russian Handball Federation. And, the ambitions of this new handball powerhouse won’t stop there.  The objective is to win the Women´s Champions League within three years.

Prominent names like Daria Dmitrieva, Victoria Zhilinskayte, Sabina Jacobsen and Sara Ristovska have been brought in, and the former head coach of Rostov-Don, Jan Leslie, will lead the effort.

All of this is happening with the enthusiastic support from the Russian Handball Federation and its president, Sergey Shishkarev. In fact, Shishkarev is one of the driving forces behind the project. In most other countries, it would be hard to fathom that the president of the national federation would step up in support of a specific club and if he would do so, he’d probably be forced to resign rather soon.

In Russia his involvement with “Project CSKA” is accepted, says Sergey Shishkarev.

“Two years ago Spartak, the men’s handball club, was established in Moscow. This club sets the highest goals and competes every time to win the Russian championship. The project has led to an increased level of interest in handball and it became quiet obvious that Moscow lacks a strong women’s team.

“It’s an open secret that women’s handball is more popular than men´s handball in Russia. Russia’s national women’s team has achieved great results in recent years, like the victory at the 2016 Olympic Games in Rio and winning the silver medal at the Women’s EHF EURO 2018. In addition, Russian clubs deliver good performances in Europe as well. The initiative to establish a new club came from the management of the Central Sport Club of the Army (CSKA) – an organization, which supervises many Olympic and non-Olympic sports, including football, ice hockey and basketball.

“We supported the idea and combined all our forces to make the project a reality,” Sergey Shishkarev tells stregspiller.com.

It’s obvious that the signing of some of the more well-known names comes at a cost.

The president openly admits that it took some effort to get the new CSKA venture going, yet he denies any direct financial involvement in the project.

“First of all, I would like to talk about the development of women’s handball in Russia. That’s the most important aspect. A new, strong team will stimulate interest in the “Superliga” and it will make the fight for medals more interesting. Competition leads to improvement and better quality of handball, which in turn will make the league stronger.

“Considering the objectives and ambitions of CSKA we could not help but support the project. The Handball Federation of Russia (HFR) held consultations, provided advice and shared some experience. For instance, the HFR helped the club to sign an agreement with the “Sport Department of the Moscow Government and the School of Olympic Reserve”, explains Sergey Shishkarev, who reassures that assistance to CSKA has been well received in all of Russian handball.

“The Handball Federation of Russia is involved in several handball projects; it’s the way we support Russian handball. I believe that Russia’s handball community will positively respond to the situation as we develop our sport.

“It’s clear that a new, strong team will take the league to the next level. In the near future, CSKA should properly represent Russia on the international level and that will have a positive effect on Russia’s handball reputation,” says Shishkarev, who sees yet another advantage in supporting CSKA after granting the team a wild card to the “Superliga”.

“Due to the establishment of the new club in Moscow, the number of participants in the Women’s and Men’s “Superliga” became an even number. Starting in the 2019/20 season, the tournament will be more integrated and it will allow for a more convenient competition calendar, which again will have a positive impact on the championship. At the same time, we are open for further cooperation and if someone expresses an idea for the creation of a new club, in a different region of the country, we will be happy to look at it. We are ready to provide further assistance to everybody who is interested in the development of handball,” he promises.

Natural to have ambitions goals

It is no secret that president Shishkarev has high ambitions with regards to the new CSKA project. Winning the DELO EHF Champions League in three years time is only natural, he finds.

“It wouldn’t be right if the new club, CSKA, wouldn’t have ambitions. CSKA is a successful brand – not only in Russia. The football team participates consistently in the European cups and they have won the UEFA Cup in the past. The basketball team is the current winner of the Euroleague and the ice hockey team won the Gagarin Cup, recently. CSKA’s slogan – “We are CSKA! We will win!” – is just another confirmation of the club’s aspirations.

“Already now CSKA has a good squad. The Olympic champions, Victoria Zhilinskayte and Daria Dmitrieva, are considered to be among the most talented players in Europe.

“CSKA is a young club, but in the near future management will strengthen the squad by inviting candidates from the national team, more international players as well as some young talents.

“Maybe the goal to claim the Champions League title within the next three years sounds a bit ambitious. But, CSKA is determined to win,” Sergey Shishkarev promises.

The rivalry with Rostov-Don

The first hurdle CSKA will have to overcome en route to winning the Champions League, is Rostov-Don. The club in the south of Russia has been dominating the domestic league for the past four years.

“We expect the rivalry between CSKA and Rostov-Don to be one of the most exciting one in women’s handball, in the near future. This rivalry will attract the attention of many fans. Currently, Rostov-Don is leading Russian handball and they are close to winning the Champions League. It goes without saying that we will be very happy if and when it happens.

“CSKA will make a best effort to achieve these results as well. And, if there is one more competitive team that’s a contender for titles in Russia and in Europe, it will be great for everybody, I think.

“However, CSKA needs some time to become a handball powerhouse and be able to compete with Rostov-Don. The project just started,” he points out.

The man who is about to jump start the project and help CSKA to leapfrog Rostov-Don is Jan Leslie, Rostov’s former coach.

In Rostov, the 48-year-old Dane was terminated prematurely, but this did not not keep CSKA from signing him as head coach.

“Determining the coaching staff and players is the task of the club’s management. In Russia, Leslie is well known. He spent several seasons in our country leading Rostov-Don – he took the team to the next level. Under his leadership, Rostov-Don won the Russian championship and they played in the quarterfinal of the Champions League for the very first time in the club’s history.

“Furthermore, the team that won the gold medal at the 2016 Rio Olympics was largely made up of players from Rostov-Don including Ekaterina Ilina, Marina Sudakova, Vladlena Bobrovnikova, Anna Sen, Maya Petrova, and Anna Sedoykina.

“Leslie knows the Russian league and knows Russian players. His coaching experience after having worked in Russia will help CSKA,” believes Sergey Shishkarev.

One of the players, who joined the club to make CSKA successful from the get go, is Swedish international, Sabina Jacobsen. The 30-year-old defense specialist had no doubts, when she was approached.

“The project appealed to me, and I saw it as an exciting challenge. I liked that they have high ambitions and the fact that Jan Leslie was going to be head coach played a big part in my considerations.

“I know Jan from my time in Randers HK – it is important for me to have a coach I can trust. I know this will be the case with Jan,” explains Sabina Jacobsen.

So far, she has no regrets.

“Coming to Russia and playing for CSKA has been a fine experience for me, so far.

“Of course, we are many new players from different places in Europe and obviously it will take some time to function as a team, but I think it looks promising, already.

“Aiming to win the Champions League within three years is very ambitious, of course, but the objective appeals to me. That is my own ambition as well, and I am happy to be a part the team that works towards this goal,” she says.

As of now, CSKA have won their first two matches in the Russian league before suffering a first defeat (30:27) on the road, against Lada Togliatti.

“In general, I think the start (to the season ed.) has been good, considering that we are a completely new team, and especially when taken into account that Daria Dmitrieva is out for the rest of the season with an injury.

“She definitely is one of our key players, but that’s the way things are and we will have to make the most of it,” says Sabina Jacobsen.

Another Russian adventure for Leslie

The fact that his first venture ended with losing his job at Rostov-Don, did not discourage Jan Leslie from taking another chance in Russia.

“It is one of the most challenging projects, I have ever been involved in. There are not many undertakings of this kind and I am happy they selected me as their head coach,” says Jan Leslie, who had a short spell coaching Ribe Esbjerg after leaving Rostov-Don.

“In general, Russians are very demanding and the biggest difference between them and other nationalities is that they train much more. One of my tasks will be to make practice sessions more qualitative rather than quantitative,” says the 48-year-old Dane, who confirms the objective of winning the Champions League within the next three years.

“We have the chance, although there are some clubs who are better prepared than we are at the moment.

“As a new club, we have to attract players, who possess the qualities that will take us that far.

“However, the club’s management believes that we can do so, therfore I am confident that we will be able to succeed,” sounds the optimistic prediction of Jan Leslie.

For now, CSKA Moscow shines bright but can the venture become the new star in the universe of women´s handball or will it turn into a flare?  Only time will tell.