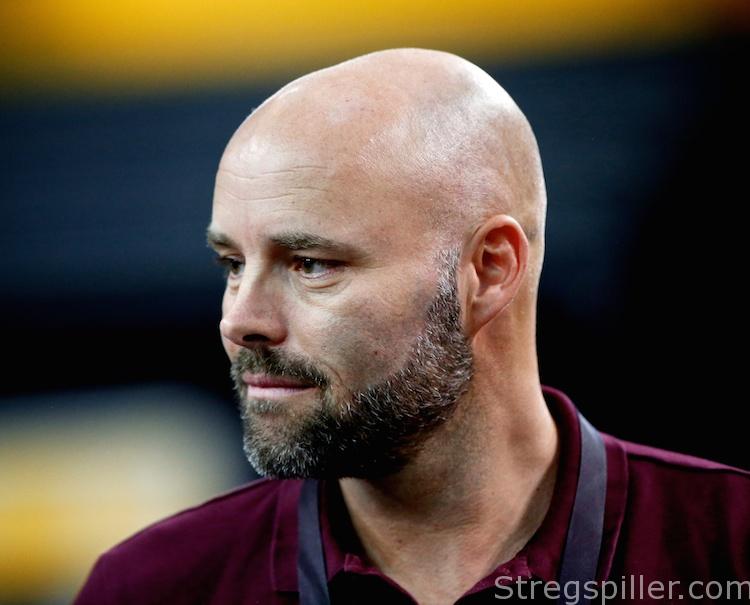 Kim Rasmussen, the women´s national coach of Hungary, believes in his former team to win the 2018 Women´s Champions League in what he sees as one of the closest FINAL4´s in history.

“There is no doubt in my mind that this FINAL4 will be one of the closest we have ever seen as not much is separating the four teams.  Still, I see CSM Bucuresti as favorites to win the Champions League.

“They simply have the deepest squad among all four participants, and that should be the decisive factor in such a tough tournament, where you have to play two matches within two days.”

These are the words of Kim Rasmussen.  The 44-year-old Dane knows what he is talking about, not only because of his insights in women´s handball, and his current job, but also as former head coach of CSM.  In 2016, he led the Romanian team all the way to the top in the club´s maiden Champions League season.

Back then the triumph was secured with a 29:26 victory, after two periods of extra time and a dramatic penalty shoot-out, in the final against Györ, at Papp Laszlo Arena, in Budapest.  Rasmussen still remembers that nail-biting final in 2016 very well.

“A story like this one will never be written again in the history of the Champions League, no matter how long this history will last.

“What happened on that Sunday in May 2016 and what led up to it was simply surreal.

“However, it was not only the final itself, but the entire season wasn’t normal – to me and everyone else on the team, I think.

“After all we had been through together – the financial uncertainty, the challenges with management and all kinds of other turbulences – this was a fantastic reward for all the hardship,” he recalls.

“Turmoil will not affect these players”

Since he left the organization right after the triumph, two years ago, the coaching carousel at CSM has been turning as fast as ever.

Most recently, Rasmussen´s fellow Dane, Helle Thomsen was sacked, and Swede Per Johansson was brought in as temporary coach for a second year in a row.

“All the turmoil around changing coaches will not affect these players, though. They are so used to it by now, it will not influence their performance in Budapest.

“Of course, I was a bit shocked to see them down by nine goals in the second leg of their quarter-final against Metz after winning by 13 at home.  But I am sure they will have learned from this experience,” says Kim Rasmussen who does not consider it a particularly big handicap for CSM to go up against ruling champions Györ in the first semi-final.

“No, not really – although Györ are a good team as well, of course.  The club has considerably more stability than Bucharest, and certainly on the coaching position.

“Of course, it will be close, but with a narrow edge for Bucharest,” predicts Kim Rasmussen who does not agree entirely with those who see the upcoming FINAL4 as the most evenly matched ever.

“I would say that last year’s FINAL4 was just as close.

“Three of the teams were in Budapest in 2017 and the fourth team – Buducnost – still had players like Cristina Neagu and Dragana Cvijic on their roster.  So, that FINAL4 was definitely evenly matched as well,” he says.

This year, Buducnost is replaced by Rostov-Don, the debutants at the FINAL4 after two failed attempts to reach the “promised land” in all of club handball.  Rasmussen sees them as the other favorite in their semi-final against Vardar.

“I am looking forward to watching Rostov-Don in Budapest.  They have left a very convincing impression in the Champions League this season.

They have had the same coach (Frédéric Bougeant, ed.) for a couple of years now, and he managed to create a very strong team, capable of playing very attractive handball.

“In general, they play fast, but they are also able to change their rhythm, when Katarina Bulatovic comes on for a few shots, and once she is back on the bench they pick up the pace again.

“I see them having a good chance against Vardar who are already affected by the fact that the team will dissolve after this season.

“To me, their quarter-final matches against FC Midtjylland just looked like “two routine days at the office”.

“They don’t seem to have the spirit to achieve anything big anymore, but of course, I may get surprised.

“As I said already, it will be tight, but if you ask me to pick a favorite for the title, I go with Bucuresti,” says Kim Rasmussen.