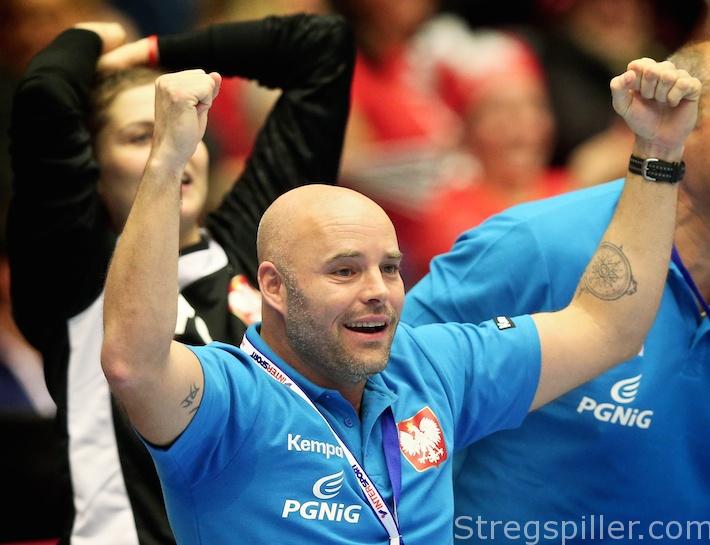 CSM Bucuresti had no problems on the road against FC Midtjylland, while Vardar won a dramatic Balkan derby against Buducnost.

For FC Midtjylland, it was last call, if the Danish champions wanted to keep their quarter-final dream alive.  A victory – and preferably one in excess of three goals – was a must.

And to CSM, it was a matter of removing the last shadow of doubt about their quarter-final berth and maintain a chance of advancing at least one position in Group 2, in hope of getting a somewhat “easier” opponent in the knock-out stage of the tournament.  For CSM´s Swedish international, left back Linnea Torstensson, the match was also a revisit to one of her former clubs, as she used to play for Midtjylland.

Thursday night, FC Midtjylland´s football team pulled a sensation by defeating mighty Manchester United 2:1 in the first leg of the Last 32 in UEFA’s Europe League.  However, the handball women of the club were not able to copy this impressive achievement.  CSM never got into any troubles while clinching quarter-final berth.  Any lingering doubts about the outcome were removed in the first 10 minutes of the second half, when the visitors went from 12:12 to 17:12.

Midtjylland got a perfect start and a 2:0 lead, but during the rest of the first half there was no indication that a three-goal win for the home team was within reach.  Although the Danish squad got a couple of one-goal leads, CSM were pretty much in control, mainly because the home team was lacking “cold-blood” while making use of their goal scoring opportunities.  Midtjylland simply missed to many of their chances and neglected to take on more risk in their attempt to assure a three-goal win.

The whole affair was determined in the first 10 minutes after the break.  CSM were not particularly sharp in their attack, but five goals within 10 minutes were enough to decide the match.  It took Midtjylland almost 12 minutes (!) to score their first goal in the second half.  Eventually, Johanna Ahlm reduced the score to 17:13 on a penalty shot but the game was history.  During the remaining time, the numerous Romanian fans at Ikast Brande Arena could celebrate their team´s march towards the quarter-final.

Next Sunday, CSM can receive Gyor without being under any pressure to win. Having secured quarter-final berth, the Romanian champions can focus on a chance to beat Vardar in the race for the third place in Group 2, assuming the team from Skopje will lose against the reigning champs later in the day.

For FC Midtjylland, only pride and honor will be at stake in their away match against Buducnost, next Sunday.

Buducnost were aiming to hold on to first place in Group 2.  Thanks to CSM´s win against FC Midtjylland earlier in the day, Vardar were already sure to qualify for the quarter-final but were still fighting to hold on to a theoretical chance to further advance in their group.  At the same time, Vardar were eager to revenge the humiliating 31:19 defeat in Podgorica on January 17th.

4,000 spectators at Jane Sandanski arena – minus a group of Buducnost fans – went into a frenzy, when Vardar managed to defeat Buducnost in an impressive finish, in a match that saw the visitors having the upper hand for most of the time.

Unlike in their first meeting, the two teams were tracking each other closely during the initial 30 minutes. The clubs traded the lead regularly and only three times was the difference more than one goal.  Vardar were leading 4:2 at an early stage, while Buducnost enjoyed a two-goal lead at 10:8 and 11:9, before the home team managed to make it all even again at half time.

After the break, the match continued to be tight, dramatic, and breathtaking while turning into a nail-biter towards the end.  Buducnost seemed to have the advantage, as they achieved several two-goal leads, even inching closer to a three-goal advantage.

However, five successive Vardar scores changed a 22:20 Buducnost lead into a 22:25 deficit for the club hailing from Podgorica. With barley five minutes left on the clock, right-back Barbara Lazovic provided Vardar their first go-ahead ever since the score of 13:12. Less than a minute later, Andrea Lekic´s only – and possibly most important – goal of the match made it 24:22, before Lazovic increased the tally to 25:22, three minutes before the final buzzer.  Vardar’s veteran lineplayer, Anja Althaus, sealed the deal when scoring Skopje’s 26th goal of the match.

In order to win Group 2, Buducnost will need a home win against FC Midtjylland next Sunday.  At the same time, the ruling champions will hope for Gyor not winning their away match against CSM Bucuresti.

Actually, Vardar can win the group as well.  This will be the case, assuming the Macedonian club takes the expected road win against Savehof, on Friday, while both – Buducnost and Gyor – would lose their respective matches.  Not a likely outcome, but a theoretical chance nevertheless.