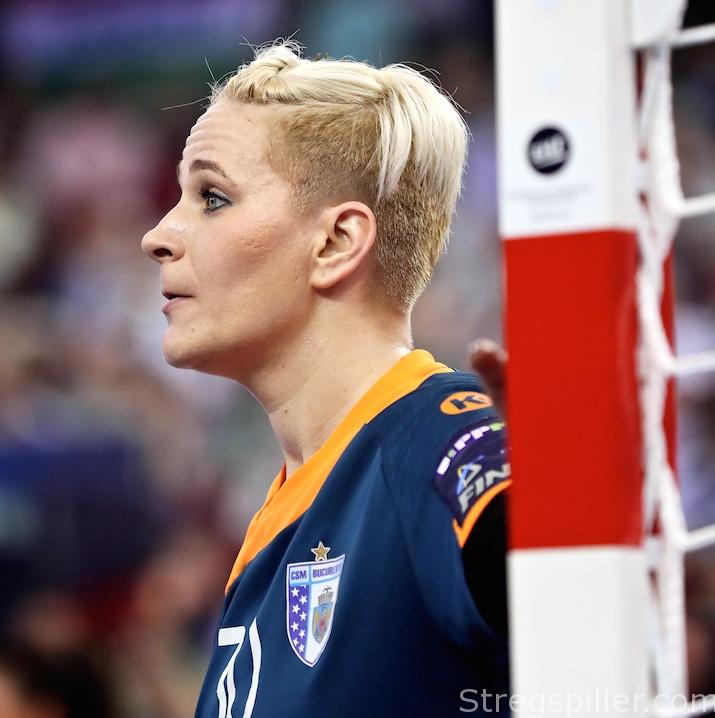 stregspiller.com MATCH OF THE WEEK – CSM Bucuresti rose to the occasion after their 31:26 defeat against Vipers Kristiansand in the previous round.

The Romanian side overcame a shaky start in Hungary; turned a 5:1 deficit into a 17:10 lead by half time and went on to a 34:28 win, leaving no doubt about their main round berth.

*FTC were on top of Group D with six points after four matches, while CSM were second, sitting on four points.

*FTC looked back at two consecutive wins against Bietigheim, while CSM suffered a shocking 31:26 loss at home against Vipers Kristiansand.

*The match was only the third between the two teams in European competitions.

*FTC’s goalkeeper, Melinda Szikora, was back on the team sheet, as line player Bobana Klikovac was still missing due to injury.

Considering their most recent defeat to Vipers, it was even more impressive to watch how CSM came back following a poor opening phase, trailing 5:1 before starting to play handball.

What a change within a few minutes – from a powerful start by FTC to total CSM dominance.

Already during the Champions League anthem, CSM’s players appeared to be tense and nervous. Such impressions were certainly confirmed when the match began.

Already by the second minute, the home team were leading 3:0, and the advantage expanded to 5:1, quickly.  However, a timeout called by CSM coach, Dragan Djukic, worked wonders.

An improving Jelena Grubisic in goal played a role as well, as CSM caught up. Cristina Neagu equalized the score at 5:5 (11th minute) and shortly thereafter, Jovanka Radicevic handed the visitors their first lead at 7:6.

Neagu, who scored seven of her game high nine goals in the first half alone, made it 10:7, and CSM would not look back for the remainder of the match.

After the break, CSM opened the last 30 minutes increasing the score to 18:10, before FTC was able to stage some kind of a pushback.

Zsofi Szemerey replaced Blanka Biro in goal, and the host to scored four goals in a row, reducing the deficit to four (18:14).

This was as close as FTC would get, however. CSM took the initiative once again, while FTC seemed to lose energy and belief in their ability to turn the tide.

CSM carried on expanding their lead to nine, before the team of coach, Gabor Elek were allowed to score the last goal of the match.

Both teams are in the main round, and now it is just a question of how many points FTC will take along to the second phase of the tournament.

CSM are all set as they won’t take any more points than the six they already booked. They’ll be meeting Bietigheim in their last match – the German side forfeited any main round chances after surrendering 34:26 at home against Vipers.

To improve their record, FTC must beat an in-form team from Kristiansand, next Sunday. Game on.