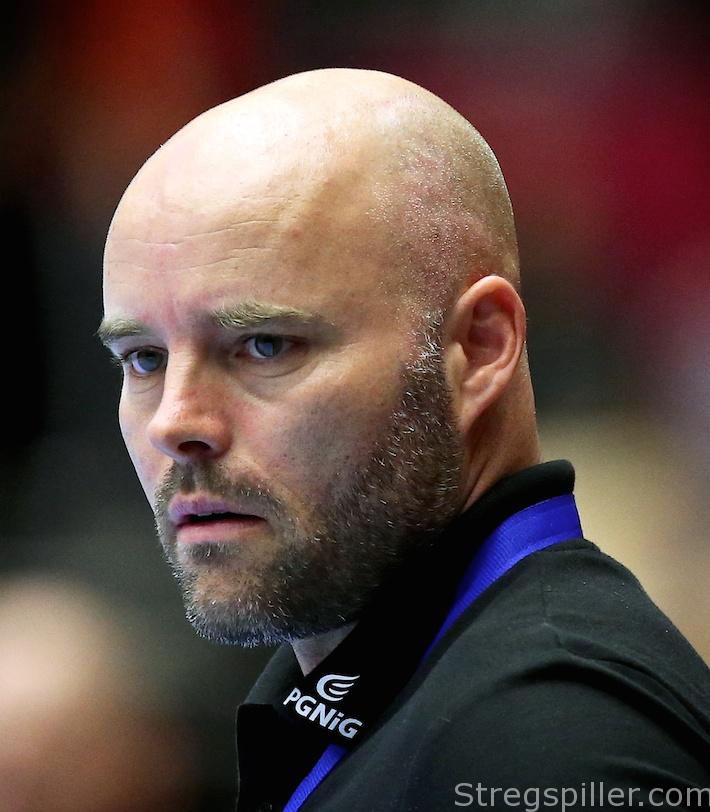 For most of the match, Bucuresti was in trouble against a brilliantly fighting team from FC Midtjylland.  In the end, only a strong finish – and fatigue of Midtjylland´s key players – handed the favorites a crucial win.

Even though the two teams were equal when looking at the league table with five points each, Midtjylland’s coach Helle Thomsen did not hesitate to name CSM Bucuresti the “120 per cent favorite”.  Thomsen put her faith in the squad’s defensive abilities and the hope of adding six to eight goals through counter attacks.

CSM’s coach Kim Rasmussen, who was still struggling with the absence of a proper right-back (Line Jørgensen out with a knee injury; Deonise Fachinello left the club) tried to rid his team of “favorite” status, stating that “a great team is not built over night”.

Helle Thomsen´s worries were proven wrong during the first 30 minutes, while Rasmussen´s words about not building a team overnight appeared to be correct.

Not only did Thomsen´s women manage to keep the game equal in the first half – they even finished the period as the better team.   In his search for a solution on the right-back position, Kim Rasmussen had considered Spanish right-winger Carmen Martin but eventually, he settled for a right-handed option – Bradeanu.  Still, Bucuresti was struggling and whenever Gullden + Co did pass by FCM’s defense formation they were facing Sabine Englert, who had one of her better evenings.  In short, the visitors managed to stay in the game throughout the first half hour and a couple of successful counter attacks gave them a two-goal lead before heading to the locker-room.

Coach Thomsen continued to rest Danish international Louise Burgaard, but that was no big handicap, as Burgaard´s young substitute, Pauline Bøgelund, did quite well, and when she needed rest, a back-court including with three right-handed players worked better for Midtjylland than it did for the Romanian champion.  After the break, Kim Rasmussen did send Carmen Martin to the right-back position.  Even though Martin was not particularly dangerous, having a left handed player on deck brought more structure to the hosts´ attacking play.

Still, Midtjylland got the better start to the second half with a series of of three-goal leads.  CSM managed to draw even at 14:14 and again at 17:17 but on both occasions it did not take the visitors long to get a two-goal advantage again.  It was not until Iona Manea provided the home team with their first lead in the second half (21:20), when the affair took a favorable turn for the club from Romania’s capital.

However, it was only when Isabelle Gulldén scored at 24:22 on a penalty shot with 40 seconds left that the match was decided for good.  Four Midtjylland shots testing the woodwork in the second half did have an effect as well.

CSM Bucuresti took a major step towards the quarter-final – the minimum objective of the club. Judging by their performance this Friday night, the ambitious Romanian team will find it difficult to move much further then their current fourth spot in Group 2.

FC Midtjylland has to come to terms with the fact that it will be even more problematic to reach the quarter-final after the loss in Bucuresti.  It will not only take an away win against Sävehof, but also a four-goal plus victory at home against CSM. Additional points against some of the other teams in the group would help as well, however unlikely it may be.