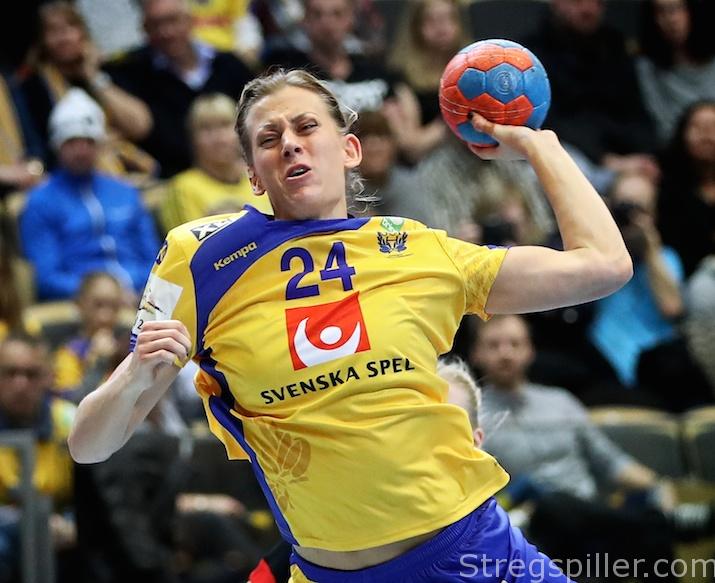 “CSM will be my first real foreign adventure”

“Joining CSM Bucuresti will be my first foreign adventure!”

At first, this statement from Nathalie Hagman may come as a surprise.

After all, the 25-year-old Swedish international has spent her last four years in Danish clubs – three years with TTH Holstebro and lately one season with Nykøbing Falster Håndbold, where she won the Danish championship after winning the EHF Cup as well as the Cup Winners´ Cup with Holstebro.

“All it means is that I expect my stay at CSM to be like “really” living abroad, compared to what I have felt thus far,” she elaborates.

However, she will meet at least one well-known face in Bucharest. Former Swedish national coach, Helle Thomsen, will be taking over, as CSM´s sixth head coach in the past two years at the start of the coming season, and Nathalie Hagman makes does not hide that she is looking forward to working with the Danish coach once again.

“Of course, I had a talk with Helle already, and I am sure it will be really good to have her as coach again.

“I only have good memories from her time with the national team, and I am sure she will be a success in CSM too.

“It also means a lot to me that there will be several other Scandinavians in the team,” she adds, referring to some of her new teammates such as Swedish playmaker Isabelle Gulldén who is staying with the club as well as Danish right back Line Jørgensen, and the two Norwegian internationals, Marit Malm Frafjord and Amanda Kurtovic, who will be joining the team as well.

“At least, I will get the chance to speak some Scandinavian, and I also believe that in order to play good handball, you have to feel good as a group.

“In this respect, it probably will be good that at least some of us share the same culture and mentality and not only the language, she says.

She leaves Denmark as Danish champion. In her first and only season with Nykøbing Falster Håndbold, the club from the far south of Denmark, she won the Danish championship for the first time in history.

“I think we won the title because we continuously improved as the season went along, while some of the other teams, that were expected to reach the final, were not consistent towards the end of the season.

“My only season in Nykøbing was also a season with ups and downs, but when we finally got our game going with the many new players, including myself. It turned out really well, and in a way, I see this Danish championship as my biggest achievement so far.”

The statement may come as yet another surprise, when considering Hagman’s two European titles from her time with Holstebro when she won the EHF Cup as well as the Cup Winners´ Cup.

“Of course, these were great victories as well, but I wanted to win the Danish title so much before leaving. It stands out as the most important triumph to me, at least for now,” she explains.

Dreaming about the Center-Back position

During her time in Holstebro, she played as right back, and she spent most of her season in Nykøbing covering the very same position. Yet, in Sweden’s national team she is occupying right wing.

At CSM, there won’t be many opportunities to play right back, considering French international Camille Ayglon and Danish international Line Jørgensen at this position, while Norway’s Amanda Kurtovic is also best as right back.

“I expect to play the wing at CSM; I am prepared for that role and I feel okay with it,” she says.

On right wing, there may be some rather large footsteps to fill, after the departure of Spanish star Carmen Martin and her two substitutes, Cristina Varzaru, who has ended her career, and Danish Simone Böhme who left for Hungarian club Siofok.

“Amanda (Kurtovic ed.) can play right wing as well, of course, but I do not know much about what’s going to happen on this position.

“However, I am also dreaming about playing center-back.

“I have done it a few times, and I really like the role of organizing the offensive play while trying to be dangerous on my own as well. So, it would be really great to get the chance,” says Hagman who will have to accept being in the shadow of fellow Swede Isabelle Gulldén, even if she does get her opportunity as playmaker.

“What I do know, however, is that I am joining a really great team that will be playing for the Champions League title once again, and to me, this has always been a dream,” says Nathalie Hagman.