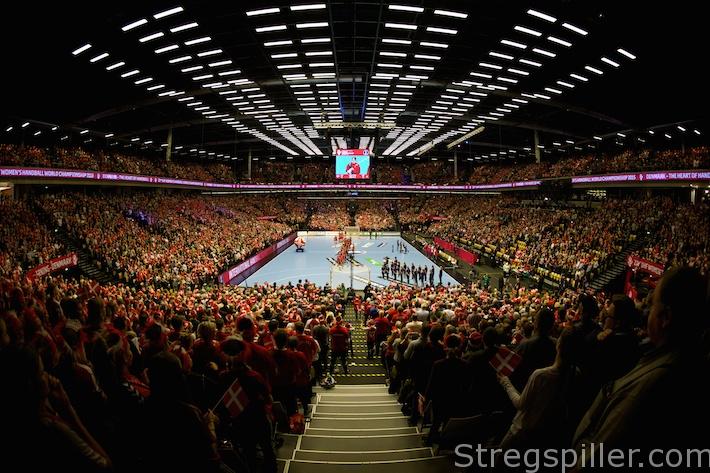 Czech Republic with nothing to lose

Two eighth places are the Czech Republic´s best achievements at European championships, where they have taken part four times before. At the last time, a 12th rank was the outcome.  And it is a big question if they can do any better this time around.

For the fifth time in the history of the Women´s European championship has the Czech Republic qualified for the final tournament.

So far, finishing eighth on two occasions have been the best result for the Czech’s.  The accomplishments date all the way back to the very first European championship, in Germany in 1994, and in Denmark in 2002.

The last time, they participated in the final competition of a European championship was four years ago in Serbia, where they managed to go on from their preliminary group, but without making it any further, finishing 12th.

Now, the Czechs are back, and with many of their women playing abroad there is some hope for more success.

The squad qualified by finishing second in their group, behind Serbia and in front of Ukraine and Italy.  Not exactly a result to boost expectations ahead of the final tournament.  One thing is for sure – they have a coach who knows his job and his players inside out.

53-year-old Jan Basny has been in charge of the Czech women´s team for six years now, including the European championship in Serbia in 2012, as well as the World Championship in the same country the following year, when a 15th place was reached.

Still, it would come as an enormous surprise, if they will not be among the four teams who have to pack their suitcases and travel back home on December 10, when the preliminary round ends.

27-year-old Luzumova represents experience in the national team as well as at club level.  Playing her fourth successive season with Thuringer HC, her skills will be of vital importance for the Czech team to assure any type of Czech success in Sweden.

A superior performance from their wing players will be crucial to the Czech team.  Given her international as well as “Big Match” experience, 27-year-old Knedlikova from Gyor is an obvious key figure for Jan Basny.

She may not always be Ambros Martin’s first choice for the right wing position in Gyor, but she surely is one of the few “go to” players for the Czech Republic.

Only 22 years of age and playing her first year outside her homeland, Malá does not possess the same experience as Knedlikova on the opposite wing, but her transfer to German Bundesliga club and EHF Cup participant, VfL Oldenburg, has contributed a lot to her development.  The national team will benefit from it.