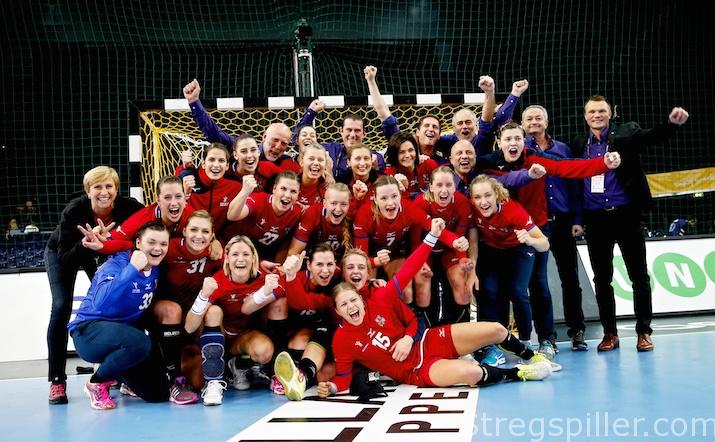 The Czech Republic eliminated Romania, while Korea as well as Japan forced Russia and the Netherlands into extra time; Norway had no problems ending Spain’s run at World Cup 2017.

Not even 13 goals from Cristina Neagu were enough to save Romania from a surprising exit at the World Championship.  A buzzer beater from right wing Michaela Hrbkova decided a tense match in favour of the Czech Republic.

Before Romania were in the lead almost the entire first half, but never by more than a goal or two.  Only at the half they had created a three-goal advantage..

The Romanians still controlled the match when they returned from the locker room, courtesy of a a stellar Cristina Neagu.

After Romania held on to their three -goal lead at the start of the second half, the Czechs got up for the first time at 20:20.

First, it looked like Romania were able to maintain their lead, but the Czechs never went away and eventually equalized at 25:25 with five minutes left.

A minute later, they scored their first lead (26:25), and With one minute left, the Czech Republic were still ahead at 27:26.  In the frantic moments that followed, Neagu drew even converting a penalty shot , before Hrbkova decided the affair in the dying seconds of the match.

Respect to the Czechs, but I cannot help feeling sorry for Cristina Neagu, though.  An amazing performance of a fantastic player – all in vain!

In Magdeburg, the Round of Last 16 games turned out at least as dramatic as the matches in Leipzig, but here, the favorites won in the end, but it did not come easy.

In a nail-biting finish, Korea were close to victory  leading 29:28 and 30:29, but Russia equalized in time, landing the lucky punch in extra time, while securing their quarter-final ticket.

Russia were in control for the first 45 minutes of the match.  A red card to goalkeeper Viktoriia Kalinina for running into a Korean player outside her goal area, one minute before half time, could not shake the Russians.

After the break, they were heading for a clear win, getting ahead by five goals at 23:18.

Where the Koreans found the physical resources for their stunning comeback remains a mystery. Fact is they did find the energy and managed a come-back despite the high pace both teams were playing at.

With seven and a half minute left on the game clock, Korea’s top scorer Migyeong Lee equalized (27:27) with her eighth goal.

Lee was also the player who provided Korea their first lead in the match, when she made it 29:28 with less than three minutes left, much to the discontent of Evgenij Trefilov on the Russian bench.

In extra time Russia started with two quick goals and would not surrender the lead anymore.

The brave and hard working team of Japan and their Danish coach Ulrik Kirkely will have to be content with having pushed the Dutch favorite to the brink.

The brilliance last seen in the Dutch performance against Germany was gone, instead the spectators in Magdeburg saw a shaky Dutch team.

The early goings went according to plan as The Netherlands got up 4:1, in a half that saw both teams playing seven-against-six frequently.  Japan hung in, and by half time, they had caught up.

It did not happen – Japan came back once again and settled the score at 20:20.

The Netherlands took control from the start of extra time, scoring the first two goals and did not look back.

There is probably no good time to meet Norway at a World Cup.  However, one of the worst occasions to meet the Scandinavians is probably right after having suffered a defeat.

From the start, it was obvious that Norway were keen on erasing the memory of their 28:31 defeat against Sweden in their last group match.

Stine Oftedal & Co. took off via 4:1, 6:2 and 10:5, before Spain managed to get a break.  Coach Carlos Viver first tried a 5:1 defense, and then one-on-one coverage for Stine Bredal Oftedal.

These tactical moves allowed the Spaniards to reduce a five-goal deficit to two (11:9 and 12:10).

Surprisingly Viver abandoned this tactic with the result of Norway increasing their lead again to nine goals, shortly before the final buzzer sounded.