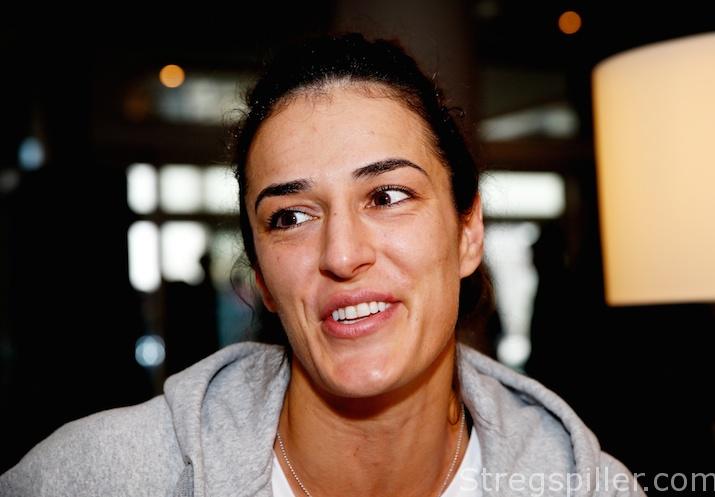 INTERVIEW – Sanja Damnjanovic has been looking like her old self in Serbia´s first two matches at the World Championship – even though the opponents have meant easy goings.

She is excited about the “old” Serbian stars finally being reunited in the national team.

To Sanja Damnjanovic, Serbia´s first two matches at the World Championship have been a personal successes.

The opposition may not have been the strongest, as Serbia were facing China and Cameroon, but still, the 30-year-old left back has shown that she is back at the level fans like to see.

“It is always very important how you open a championship, and therefore, I am happy that we all did so well, although we were obviously the big favorite in these two matches.

“Now, the easy matches are behind us, it is time to get ready for the real games, and those will be much more difficult”, she tells stregspiller.com.

The first one of the “real matches” will be on Tuesday evening against the German host at Arena Leipzig.

“The Germans are handicapped by several injuries, but we still respect them a lot. I would say they are the favorite tomorrow, as they play at home with a full hall to support them.

“I expect a very tough match and it will be hard fought. I also do not expect a game with many goals. It’s unlikely that either team will score above 30”, she predicts.

“To us it will mean a lot having Andrea Lekic back with all her experience.

“She and I have played together in several different clubs apart from the national team, and to me as a left back, it will be an extra advantage to have her by my side as playmaker,” explains Sanja Damnjanovic.

With Damnjanovic, one of the important players, who took a break from the national team, is back. Other key players such as Andrea Lekic, Dragana Cvijic and goalkeeper Katarina Tomasovic have also returned.

It pleases Sanja Damnjanovic, but she is also a bit cautious about how things will turn out.

“The last time, I was not there due to injury.

“And before that, Andrea (Lekic ed.) and Cvijic could not participate – so this is the first time, we are all back together.

“Therefore, I am excited to see, how it will work out. That’s another thing we will see on Tuesday evening – I think, we will see the real face of Serbia!”

She is used to the big-match atmosphere, not least because of her many Champions League matches.

But Europe’s premier handball league is something she had to say goodbye to, after joining Hungarian league club, Siofok KC.

“Of course, I miss playing the Champions League, and if I get the opportunity to play there again at some point in time, I will be happy. But then again, the Hungarian league is a very good and a tough league, where my ambitions are all met.

“In fact, I think it is the best league in Europe at the moment.

“It used to be the Danish league, where I also played (at Viborg HK, ed.) but these days, I would say that the Hungarian league is the strongest one with the French league coming in as a close second. So, I definitely feel that I am sufficiently challenged by all the games in Hungary.

“Even though I do not consider the Danish league to be the best in Europe anymore, I still like the Danish mentality, and I am happy having a Danish coach, Lars Rasmussen, in my club team.

“He is an excellent coach with plenty of experience despite being a young coach – I like him!”

“I do not know if Siofok can reach the Champions League at some point.

“Of course, we will be fighting to the finish line and try to climb as high possible in the Hungarian league. But it’s still too early to say if we can make it to the Champions League one day,” says Sanja Damnjanovic.