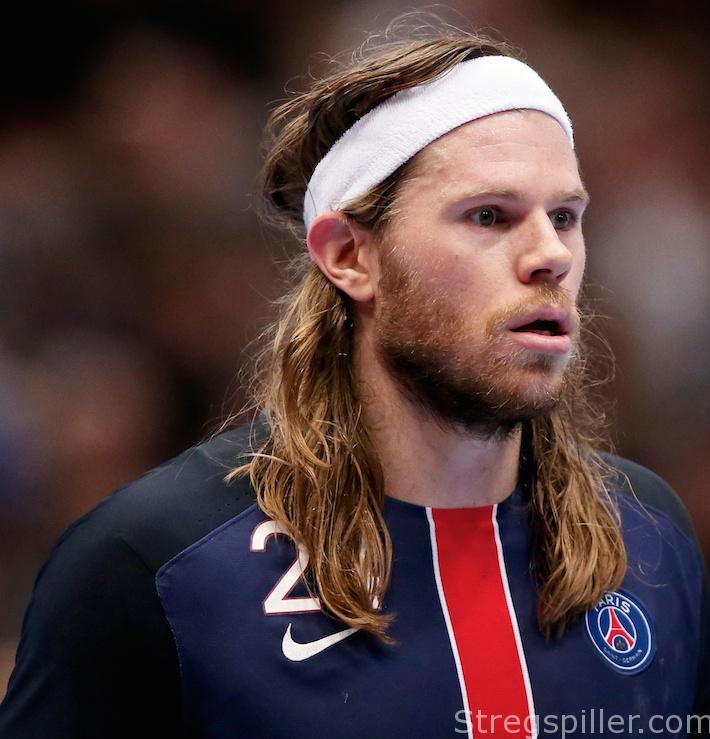 Danes ready to take role as favorite in France

ANALYSIS – Many experts tend to see Denmark as one of the hottest favorites at the upcoming World Championship in France.  In their final test matches, the Danes have done nothing to prove them wrong.

The Tour Eiffel, L´arc de Triomphe, Louvre – all well-known tourist attractions in Paris.  My personal favorite is the Musée d´Orsay but for the next couple of weeks a new impulse will be added, as Denmark play their preliminary games at the World Championship in the French capital.

The way Denmark has performed and improved in their most recent test matches, they will definitely supplement the appeal of this already beautiful city.

The Danish squad started their last preparations on home ground a bit rusty, but it did not take them long to find their gears.  National coach, Gudmundur Gudmundsson, had canceled a training camp from December 28 to 30 and waited until January 2 to assemble his players.

Having rested his players may very well turn out to be an advantage during the long tournament in France.  It also makes it easier to explain the fact that it took the Danes some time to get going in their first encounter against Hungary.

The Hungarians had already played two test matches around Christmas, defeating the Czech Republic and Slovakia by nine goals each, and Nagy & Co were leading most of the game, before Denmark managed to set the record straight, winning 24:21.

In their second match against Egypt –the crew from North Africa will also be their second opponent in Paris – Mikkel Hansen & Co left no doubts and booked a clear 36:26 victory.  Denmark’s offense was flowing really well in that game in Skjern, and it became even better in the last test against Iceland, in Aarhus.  Especially in the first half, Denmark’s attack was stunning, and after a 19:11 lead at half time, Gudmundsson used the remaining time to conduct some experiments in the second half without jeopardizing the result – 34:26.

Gudmundur Gudmundsson seems to have an almost complete team at his disposal for his last major tournament as Denmark´s national coach.  In goal, Niklas Landin appears to be in the form of his life.  Having to compete with “Bad Boy” Andreas Wolff at THW Kiel has apparently sharpened 28-year-old Landin even further.  Denmark’s defense looks reliable, providing the foundation for their lethal counter attacks, mainly carried out by wingers Lass Svan, Hans Lindberg, Casper U. Mortensen and Magnus Landin.

The back-court around super star Mikkel Hansen is strong and excellent shape, with Morten Olsen and Mads Mensah as brilliant playmakers.  Michael Damgaard and Lasse Andersson will backup Mikkel Hansen.

On the line, the two brothers, Henrik and René Toft Hansen are just as good in attack as well as they are in defense, and crowd pleaser, Jesper Nøddesbo, is a fine supplement.

Easy road to the semis

Denmark’s status as one of few favorites, obviously has something to do with the fact that they have been blessed with an extremely fortunate draw.  It is virtually impossible to imagine that they will not win their preliminary group, considering their opponents in Group D – Argentina, Egypt, Qatar, Sweden and Bahrein.

If the Danes succeed, number four of Group C will be awaiting them in the eighth-final.  Most likely this will be Belarus.   The squad from Eastern Europe should not cause the Danish team much trouble, and neither should their potential opponent in the quarter-final – Russia, Norway, Iceland or an injury hit Polish side.

In other words, Denmark will enjoy a rather easy road to the semi-finals, and a dream final – France versus Denmark –is already a realistic hope for all handball connoisseurs´ around the world.

However, we also saw three other World Championship participants in action in Denmark this past week.  They all have one thing in common: None of them will become World champion in 2017.  However, Hungary looks like the most interesting and promising team of the trio.

With Laszlo Nagy back in shape and with Mate Lekai and Gabor Csaszar as inventive and highly motivated playmakers, these Hungarian’s will be a crew to watch out for in France.

In goal, Roland Mikler is as good as ever, and we should really point out Bence Bánhidi.  The 21-year-old line player from Pick Szeged may very well be one of the greatest thrills in the competition.  Huge, but still elegant, fast moves and efficient from the line – he is a nightmare to practically any defense formation.

Xavier Sabaté has worked wonders with this Hungarian squad after taking over as national coach from unsuccessful Talant Duishebaev.  Sabaté´s career in Veszprém may be hanging by a threat, but so far, he has been a success as Hungary’s national coach.  It may not do him any good after all, as Hungary’s federation together with Veszprém are very determined in their hunt for Flensburg’s coach, Ljubomir Vranjes, doing double duties at the club level, in Veszprém and as national team coach.

For the time being, however, there is every reason to have faith in Sabaté´s ability to be successful with Hungary in France.

In Group C, they should be able to finish third ahead of Belarus, Chile and Saudi Arabia, and not even Germany or group favorites Croatia can feel safe and secure against this team.  They look better than they have for a long time.

Iceland must hope for Palmarsson

If Iceland is going to have a successful World Championship, they will have to hope for Aron Palmarsson getting fit in time.

Fortunately, the medical reports are positive, and he will be crucial to an Icelandic team who suffers from obvious problems when in attack without their creative force.  Without Palmarsson, Iceland was only able to beat Egypt (30:27) in the test tournament in Denmark, while the games against Hungary and Denmark ended in defeats (27:30 and 26:34).

Still, Iceland did show us a new shooting star.

Palmarsson´s backup as center back, Janus Smarason, is certainly a man for the future.  Despite being only 21 years of age, he is already a brilliant playmaker with a great eye for the game and his teammates as well.  Add to it a decent shot and an already well-developed ability to break through the opponents’ defense.  Furthermore, he is performing almost as good in defense and in attack.

Danish top team, Aalborg Handball, seems to have achieved a coup by signing Smarason for three years.  Expect his market value to go up during the World Championship.

In Group B, they probably cannot do much against the group favorites from Spain, but they should be able to leave Angola, Tunisia and Macedonia behind.  And they definitely have a decent chance against a Slovenian crew who is missing star playmakers Uros Zorman and Dean Bombac as well as goalkeeper Gorazd Skof.

The segment of the tournament carrying the prestigious name assembles the losers of the preliminary round; the teams who did not manage to qualify for the eighth-finals.  Egypt will definitely be among them.

In Ahmed El Ahmar, they have a right-back who performs at a very high, international level but not much more.  In Denmark they lost all their three matches and in France, they may only be a favorite against Bahrain.

Egypt has some fine athletic players, and they play an entertaining game of handball, if they are allowed to.  They alternate rather well between a traditional 6-0 defense and more aggressive formations.  However, none of it will be enough to reach the knockout stage.  Such tickets will go to Denmark, Sweden, Qatar and Argentina.