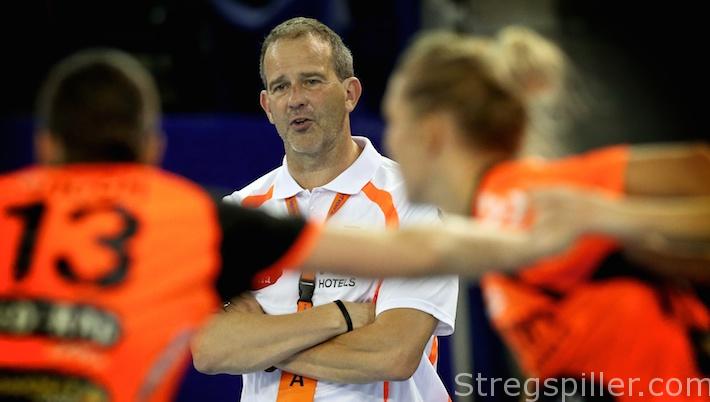 A day of surprises in Rio

Women´s Olympic quarter-finals – Netherlands won big against the Brazilian host, France made a stunning comeback against Spain, while Norway ran over Sweden and Angola bowed out against Russia.

After winning the silver medal at the 2015 World Championship in Denmark last December, expectations in the Netherlands were rather high.  But the Dutch girls left an inconsistent impression during the group phase and finished only in fourth place.

In contrast, Brazil delivered a number of superb performances in their preliminary matches (i.e. their opening win against Norway).   Despite Brazil winning their group and a sub-par Dutch performance up to this point, the match actually appeared rather open, considering the large potential of Lois Abbingh & Co.

In their group matches, the Netherlands had trouble getting their counter attacks going, but from the start of the quarter-final, they succeeded in running their fast-breaks.

Soon the Dutch side had the upper hand, as they took an early 3:1 lead, which was extended to 10:7, as they continued to dominate the game.

Brazil’s coach, Morten Soubak, kept searching for an efficient lineup, and towards halftime, he seemed to have found the right mix, when his team reduced the distance to only one goal.  As it turned out, it was only a brief catch-up period for the home team.

The Dutch offense continued, where it left off before the break, and in their established attack, Lois Abbingh – who did not have a particularly successful group phase – had her best performance in the tournament so far

As a consequence, the Netherlands became more and more dominant during the last 30 minutes.  Already four minutes into the second half, Morten Soubak had to call for timeout.

It did not help, and neither did introducing a 5-1 formation in the defense.

With eight minutes left, Soubak tried attacking with seven players as well as changing his defense again – this time into a 3-2-1 formation – but neither one of these initiatives would show the desired results.

Instead, the last minutes of the match turned into a virtual humiliation of the Brazilian team.

This was only the second win for the Netherland’s in the competition – they knew how to pick up their game at the right time.

The Dutch team simply appeared better prepared tactically and mentally.  Whereas, their opponent seemed to be suffering from the elevated expectations of the home crowd.

Base on the Dutch performance in this match, it is definitely not impossible for Henk Groener´s team to defeat and qualify for their second major final in succession.

To Brazil, the early exit from the Olympic tournament is obviously a huge disappointment, and it must be particularly bitter moment for Morten Soubak, who has been working hard for the past four years to make this team peak at the Olympic’s on home soil.

After winning the bronze medal at the 2012 Olympics and reaching the final at the European championship 2014, followed by a disappointing World Championship 2015 – Spain was eliminated by France in the eighth-final.  Nevertheless, the squad of coach Duena’s showed several strong performances during their preliminary matches in Rio.  Pinedo & Co. appear to be back on track.

While Spain took home the bronze medal in 2012, France has never won and Olympic medal to date.

Five of the Spanish players earn their living in the French league.  It probably goes without saying that none of the French athletes play in Spain, considering the financial situation in Spanish handball.

Spain demonstrated some of the best defensive play at this competition.  France, on the other side, did not only have huge trouble scoring goals.  They simply could not create opportunities for themselves.

On the other end of the court, they had particular problems with Nerea Pena, who scored five of Spain´s first nine goals.

As French technical mistakes became more frequent, so did Spanish counter attacks.  At the half Spain was leading by seven goals – game over?

A penalty with 28 seconds left on the game clock, Gnonsiane Nimobla (France) secured extra time after a stunning French comeback – a nail-biting thriller would follow.

France´s attacking play was much faster and more vivid than in the first half, and already nine minutes after the break, France had scored just as many goals – five – as they ha done in the entire first half.  But they were still seven goals down (18:11), before their impressive finish.

Towards the end, Olivier Krumbholz launched seven-against-six play when in attack.  The tactical move was enough to cut the deficit.

Spain had to play extra time without lineplayer Elisabeth Chavéz who received a direct red card in the dying seconds of regulation time.

Spain missed her at both ends of the court, while Niombla provided France with their first lead in the match, making it 24:23 converting another penalty shot.

France went ahead by two goals, and although Spain reduced to 27:26 with one minute left, they were not able to tie the game one more time.

An astonishing French comeback in the second half secured a semi-final encounter against the Netherlands.

Spain did not have anything to counter the offensive pressure of the French attack after the break.  In the end, goalkeeper Silvia Navarro and center-back Nerea Pena – she scored 13 goals – formed a two-women army in the Spanish team.  Not enough to beat France on this day.

After a disappointing start to the tournament with an opening defeat to Brazil, Norway had found their rhythm during the group phase, without reaching the level of their remarkable World Championship final against the Netherlands back in December.

Sweden´s chance to succeed was slim and a victory would rely heavily on strong performances of “Bella” Gullden and Linnea Thorstensson.

Kari Aalvik Grimsbø became the Player of the Match early on, when Sweden produced plenty of scoring opportunities, but simply could not get the ball past the Norwegian goalkeeper, who had a saving percentage beyond 70 in the first 30 minutes.

Sweden played rather well from the beginning, but due to Grimsbø´s amazing performance, it took them nine minutes to score their first goal, when Isabelle Gulldén reduced to 4:1.

Not even losing Marit Malm Frafjord due to injury after 45 seconds could shake Norway.

Sweden’s frustration began to show in an increasing number of technical mistakes towards half time, as Norway put the game out of reach before the break.

With Norway being up by 12 goals, the remaining 30 minutes of handball became a mere formality, as Norway kept up the heat all the way to the end of the match.

The difference between the two teams was simply too big for a quarter-final of a major tournament.  Sweden did what they could at the start, but Norway and Grimsbø in particular, were too much to handle for the crew of Henrik Signell.

There is no doubt, that Norway will have more of a challenge dealing with Russia in the semi-final.

Angola’s squad were the sensation so far in the tournament with their highly surprising victories against Montenegro and Romania.

Russia were the only team that went through the group phase without losing a single point.

Angola were able to hang with Russia for most of a high-scoring first half.  The Africans even took the lead several times at the beginning of the match.

And even though Russia took the driver´s seat from the middle of the half, Angola were able to cut it close once again at 13:12, before Russia arranged a four-goal advantage after 30 minutes.

After the break Russia removed any lingering doubts, and Trefilov´s team built their lead steadily during the last half hour of the match.

In the end, Angola were allowed some cosmetic changes, limiting their loss to four goals.

Teams that surprise the experts are always a “breeze of fresh air” in any tournament and so was Angola at this Olympic competition.

Qualifying for the knockout stages was an achievement by itself, and even though the defeat against Russia was expected, the African representative bowed out with honors.

Russia cannot by judged by this match, but we already saw, what Trefilov´s women are capable of in Rio. Regrettably, the two strongest squads of the 2016 Olympics will meet in the semi-final already.