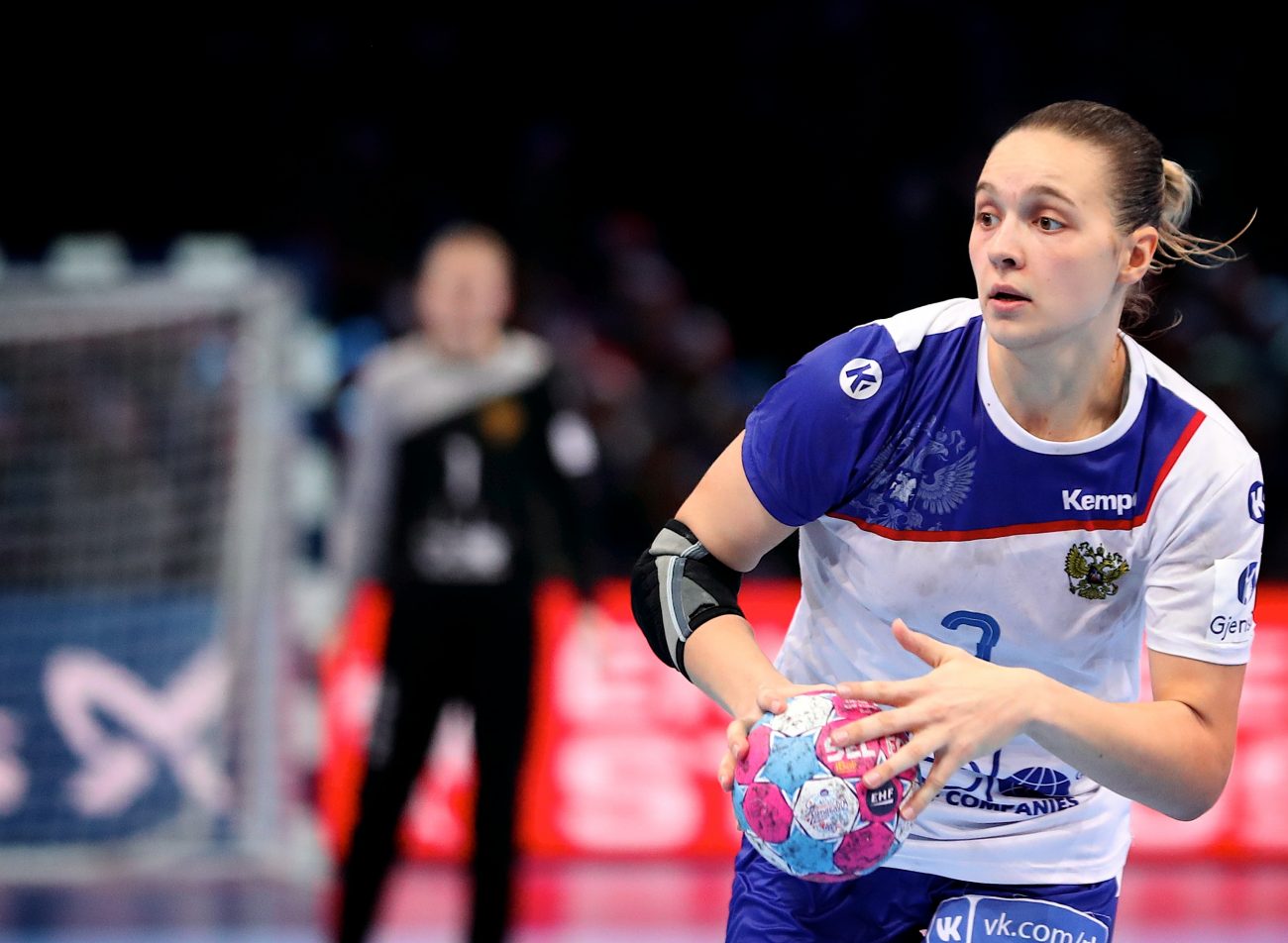 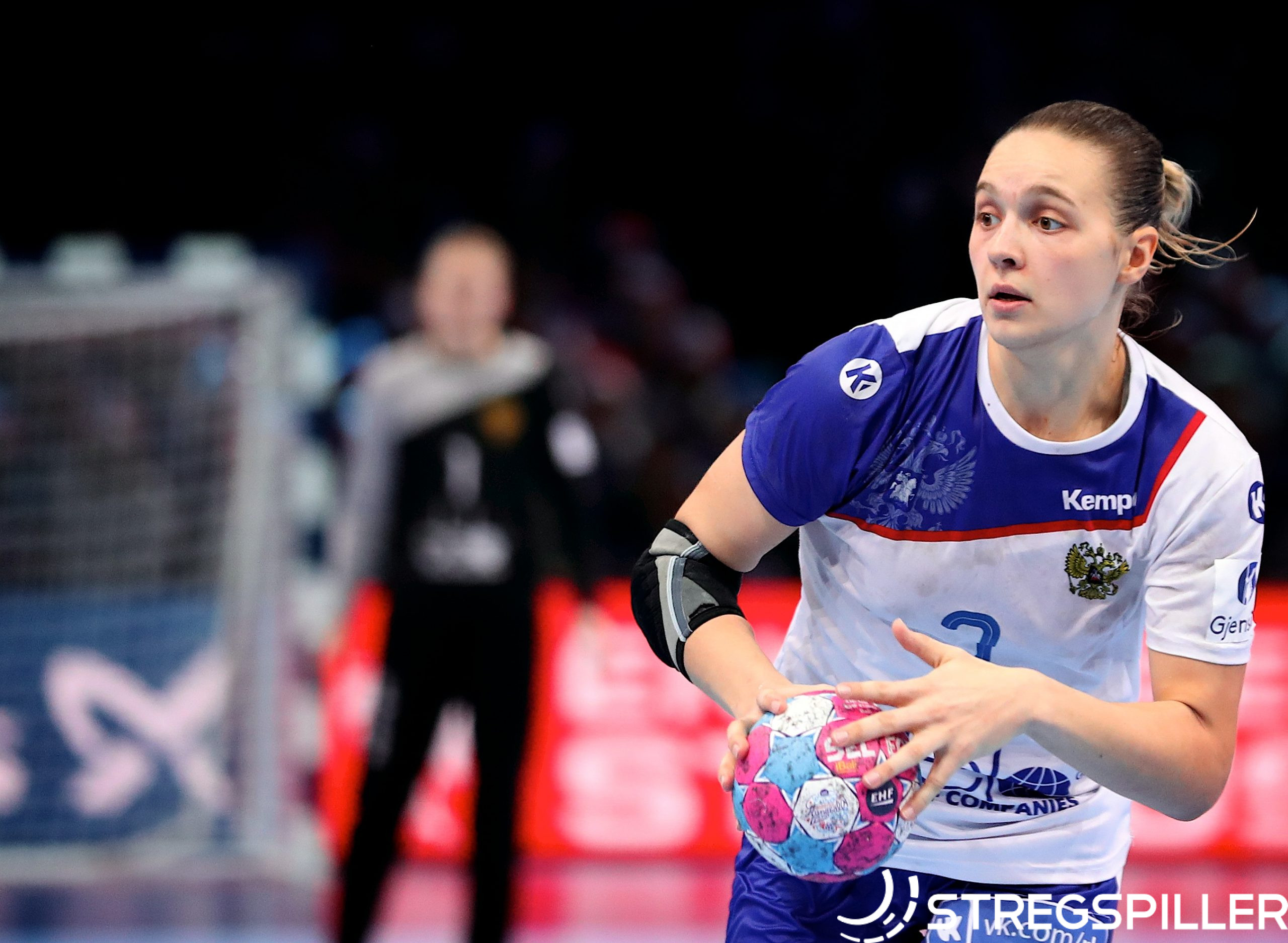 For all their apparent dominance in the first leg last week, CSM Bucuresti came away with a solid but not unassailable 32:27 lead heading into Sunday’s clash.

As goalkeeper Jelena Grubisic said, CSM had to come to terms with their advantage and how to defend it in front of a crowd in Moscow.

CSKA turned a five-goal deficit around in the second leg of their play-off tie against Krim last month and have been brilliant at home this season with an unbeaten record.

120 minutes of handball could not separate these two teams on the scoreboard, so the away goals rule was needed. A low scoring and scrappy game in Moscow looked like it would suit CSM early on but in the end, it worked in CSKA’s favour as a 24:19 win was enough to send them to Budapest for the first time on their first attempt.

It was a nerve-ridden first half with few goals, dominated early on by goalkeepers Chana Masson and Jelena Grubisic.

While Masson faded somewhat, her defence did not as they shut down CSM’s attack and created a series of fast breaks, finished mostly by right wing Sara Ristovska.

While CSM would not be too disappointed going into the break just a goal down, the lack of goalscorers was surely a worry as Neagu and Omoregie accounted for 9 of their 11 strikes.

CSKA picked up the pace, exactly as they needed to early in the second half and soon they were within striking distance and had goals being scored from all areas.

The same could not be said for CSM, who continued to rely heavily on Neagu in attack and Grubisic between the posts.

With Masson regaining her shot-stopping mojo and Daria Dmitrieva pulling strings all over the court, the home side pulled five goals ahead on the day, which put them ahead on away goals. A final attack for CSM lasting one minute ends with Siraba Dembele going down injured and a free throw given from 11 metres out.

Bucharest need a goal and it’s down to Neagu. Her shot is blocked by the wall and with it comes Daria Dmitrieva falling into an embrace with Neagu as two brilliant warriors acknowledge each other’s efforts.

Tears of joy flood out of the CSKA players as they realise they are going to their first DELO EHF FINAL4.

Daria Dmitrieva was the difference today. With six goals and six assists, she was directly involved in half of CSKA’s goals and played a supporting role in so many more as she orchestrated the attack brilliantly.

In defence, she stood tall in the centre block and played smart handball, picking up a steal and a block alongside countless battles with Neagu and the dangerous pair of CSM line players. It is a pity that both Dmitrieva and Neagu couldn’t join us in Budapest but it is hard to deny that Dmitrieva won this clash fair and square.

“We had the five-goal lead but didn’t play our game today and had some problems in defence early on.

“I’m so sad, we wanted to qualify but congrats to Dmitrieva, this was her day today.”

“The first half in Romania was so bad, but now we played like we needed to then.

“It was such a nervous second half. We had a very good defence and goalkeepers as well as the atmosphere in our home arena.”

It will be a long journey home for CSM as they deal with the reality of losing by such a painfully narrow margin. But soon they will look to the future and start planning for next season’s campaign with a much-changed and even more international-looking squad.

CSKA go on to the DELO EHF FINAL4 on 29/30 May and can look forward to Tuesday’s draw to discover who they will face in the semi-finals, either Vipers, Györ or Brest.