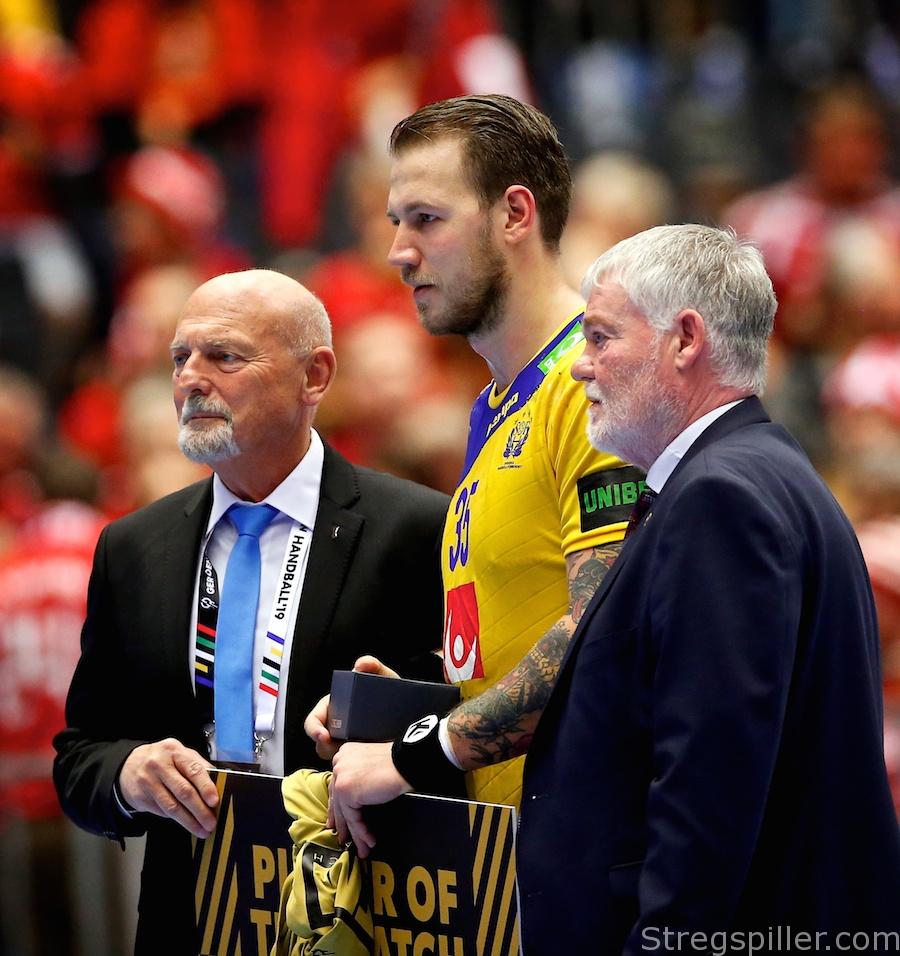 “Defeating the Danes in their own arena would be so cool”

INTERVIEW – Sweden failed to book the early ticket for a semi-final appearance at the 2019 World Cup, as they lost 30:27 to Norway.

All of a sudden, Sweden’s chances for a trip to Hamburg look slim, considering the task at hand – winning against Denmark – possibly by a four goal margin.  Yet, line player, Andreas Nilsson, refuses to give up hope.

Having scored five goals on six attempts, Andreas Nilsson was one of Sweden’s best in the Scandinavian derby against Norway, on Monday evening.

However, the good performance of the 28-year-old line player from Veszprém was not enough to assure Swedish success; a win that would have sent them straight to Hamburg for the semi-finals, this upcoming Friday.

“It turned into a very physical match – Norway were really good at punishing our mistakes.  First of all, we made too many technical errors and Norway took advantage,” finds Andreas Nilsson.

“Especially, in the period before and after the break, when Norway went from 14:14 to 22:15, we turned the ball over far too often.

“Technical mistakes aside, we also missed about five wide-open shots in that period of time – in combination these were the reasons we fell behind,” he tells stregspiller.com.

“Still, towards the end of the match, we were close to catching up, as we successfully worked ourselves back into the game in the second half. At that point, we certainly believed in our chances.

“However, Norway’s goalkeepers made sure that the deficit increased to three goals, after all.  At least, we can be satisfied with the way we came back,” he says.

The fact that Norway only had 20 hours to recover before the game against Sweden wasn’t a major factor and Andreas Nilsson agrees.

“No, I think Norway did really well. I could not see that they were tired after their match against Egypt the night before, and we certainly did not benefit from having the extra day off.

“We definitely expected more than what we delivered. Personally, I had hoped for a much better performance, but now things turned out the way they did and we cannot change it,” admits the line player, who is looking forward to the very last match of the main round, on Wednesday.

“It will be cool to play against Denmark in this fantastic atmosphere here in Herning,” he says, when looking ahead to the last main round match, where Denmark will be pushed by 15,000 supporters.

“We know what massive pressure the spectators in this arena can put on the opponent, we have seen and heard it, already.

“However, we know what to do. We must go out and win by at least three goals – it’s that simple and that’s what we will try to do.

“To achieve this result, our goalkeepers will have to be at their absolutely best and so will our defense.

“Furthermore, we will have to run as many fast breaks as we can, just like Norway did yesterday,” says Andreas Nilsson, who is far from giving up hope.

“I still think we have a good opportunity to repeat what we did at EURO’18.  Of course, Denmark enjoy a tremendous advantage because they play at home, but we’ll simply focus on us and our own game and if we can step it up by a notch or two, I think we can make things really difficult for Denmark, on Wednesday.

“Anyway – the pressure is on Denmark. They are the favorites and I hope we can benefit from it.

“Defeating the Danes in their own arena would be so cool,” finds Andreas Nilsson.