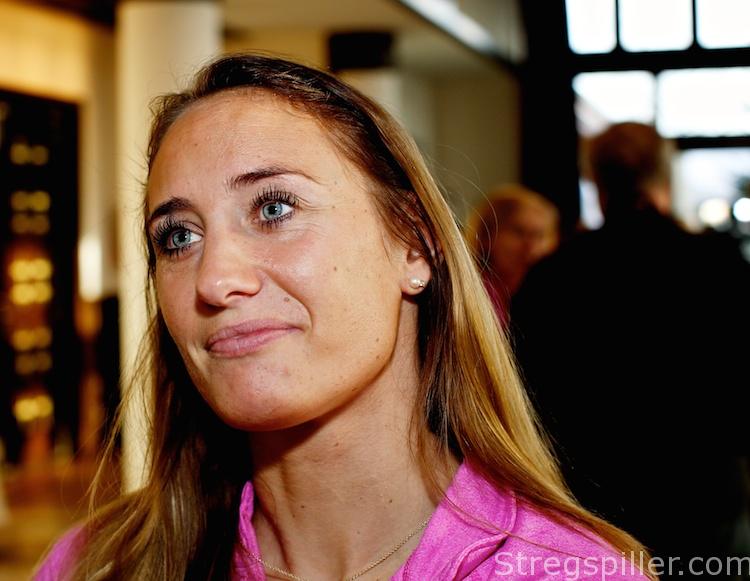 “Defense and goalkeeping have brought us to the final”

INTERVIEW – Camilla Herrem feels that Norway has benefited more than usual from their strong defense and outstanding goalkeeping.

Once again, Norway is in the final of a major championship.

When the Scandinavians are playing the last game at the World Championship, in Hamburg, on Sunday, it will be their fourth time in the last five major championships.

The Norway’s road to the final against France has been even more impressive than before.  A 34:17 victory against Olympic champion Russia in the quarterfinal and a 32:23 win against The Netherlands in the semifinal tell a story of a Norwegian team that plays in a league of their own.

“This year, I think our defence has been the most important reason to our success, so far.

“Defensively, we were very well prepared for the opponents we met, and as a consequence, we have conceded very few goals.

“In addition, we have two goalkeepers who represent world class who reach saving percentages above 50 in almost every match,” says left wing Camilla Herrem when asked to explain the remarkable success Norway has enjoyed at the ongoing championship.

“Of course, it’s great when we get as many opportunities as possible to run our fast breaks, which give us relatively easy goals that are so crucial for us,” explains the 31-year-old.

One interesting fact about Team Norway and their success has been the – almost – total absence of tall backcourt players who are so essential to most other teams.

“I must admit that the average height of our backcourt players has gone down during my time in the national team.

“It is simply a question of making use of the qualities you have, and our backcourt players have been very good at creating scoring opportunities, that do not rely on physical height,” she finds.

In this tournament, she has been sharing the court-time with the other left wing in the squad, Sanna Solberg, a cooperation, with which she is quite content with.

“I may not have played quite as much at this championship as I did at some previous tournaments, but I feel that we work very well together. In general, I am happy with my championship this far.”

On Sunday, France is waiting in the final match at Barclaycard Arena, in Hamburg.  And Camilla Herrem expects the same dynamics that have benefitted her team until now, to work against against France as well.

“We will more or less pursue the same strategy  as we have done in our previous matches.

“And we will have to be extremely focused when in defense, furthermore we will need to use all the speed we have.

“I do not see the French team as a squad that likes to run much. But for us, it will be about running fast forward and also to perform fast defensive runs,” says Herrem who moved home to Norway to play for Sola ahead of this season.

She ended her foreign career playing for Vardar Skopje in the Champions League final against Györ back in May.

“Coming home has just been fantastic.

“Being together with my husband and my family as well as seeing my friends is so nice.  I definitely have no regrets – my decision to move back home was right,” says Camilla Herrem who had no problems maintaining her national team form in the Norway’s league.

“No, that has not been difficult at all.

“I have been training together with men´s teams, in addition, I have the opportunity to practice my shooting skills with a male goalkeeper every Wednesday.  All this has helped me a great deal keeping up my form,” she explains.