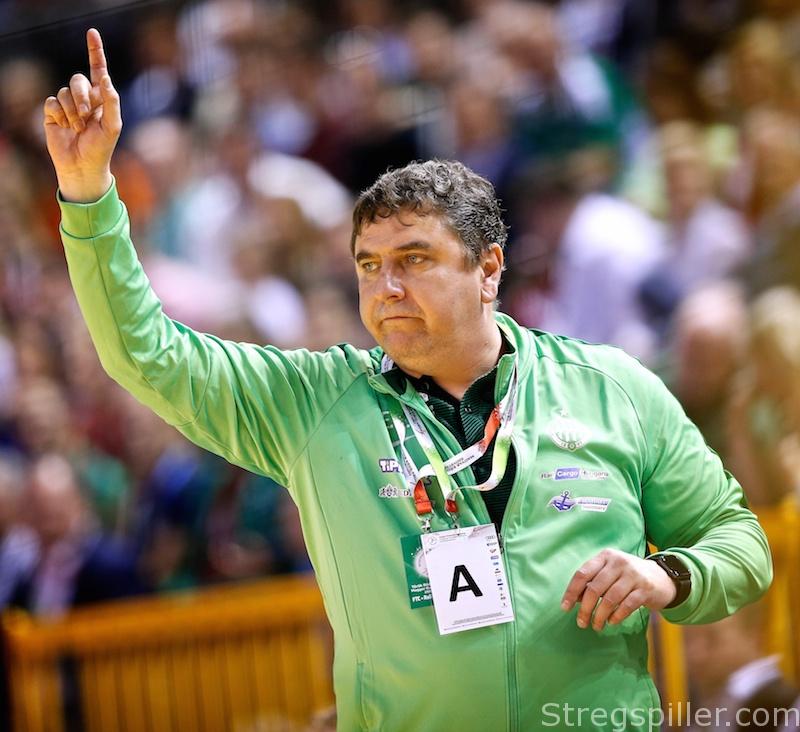 stergspiller.com – MATCH OF THE WEEK REVIEW – It looked like a film seen before, as FTC lost their seventh EHF Champions League quarterfinal match in the past four seasons.

The Hungarian team showed fine moral, but despite missing Anna Vyakhireva and Ana Paul Rodrigues, Rostov-Don were simply the better and smarter team this Sunday, in Erd.

It was a déjà vu.

For a fourth year in a row FTC made it to the quarterfinals, but the defeat was their seventh in seven quarter-final matches over the course of the past four seasons.

The Russian defense and the performances of the two goalkeepers, Mayssa Pessoa and Anna Sedoykina, were too much of a challenge for FTC’s attack.

Still, FTC did have a chance to change the direction of the game.  Early in the second half coach Elek’s team looked like they had found the winning formula, but Rostov responded and their experience showed in the decisive phase of the match.

FTC showed fine moral, but Rostov simply were a bit more clever and that made the difference in the first 30 minutes.

Brazilian playmaker, Ana Paula Rodrigues, who celebrated her come-back at the Final4 of the Russian Cup last weekend, was nowhere to be found Rostov’s roster.

Instead, Viktoriya Borshchenko assumed the, for her, rather unusual position as playmaker.  But, the 33-year-old Ukrainian solved the task quite well.

Anna Sen acted as right back and Vladlena Bobrovnikova, who had replaced a less effective Lois Abbingh on left back, took the attack of the Russian champion in another direction, when the visitors went from 5:5 to 8:5, maintaining a three-goal lead until 11:8.

During this phase, FTC assisted in the Russian effort, while committing several technical errors and a number of ill-advised shots.

Making things worse, Nera Pena had to leave the court in the 15th minute, fortunately only for a brief period of time.

Meanwhile, Pena´s teammates fought back, securing a tie at 12:12 and 13:13, before Rostov took a one-goal lead at the break.

Pena had returned for the second half and it was her, who gave FTC their first lead ever since 2:1, when she made it 17:16 (41st minute).

FTC went ahead 18:17, but the score turned out to be their last lead in the game.

For long stretches, Rostov played with a player less in the second half as the result of a very aggressive defense effort, but unfortunately FTC were unable to exploit the advantage.  On more than one occasion they had the opportunity to take the lead again and pull away.

During the last 15 minutes of the match, 20-year-old Milana Tazhenova took the playmaker position and at 23:20 the visitors had restored their three-goal advantage.

FTC cut the deficit to one goal a couple of times, but that was as close as they got.  In the end, the Russian club celebrated a three-goal victory, which brings them very close to their second FINAL4 appearance in succession.

From the outset it was clear that it would be a difficult match in a hectic atmosphere.  Unfortunately, Cristina Nastase and Simona Stancu did not rise to the occasion.

The two Romanians appeared insecure and indecisive in several contested situations. Their line was hard to detect and several wrong calls made matters even worse.

Furthermore, it was incomprehensible why the allowed Rostov coach, Ambros Martín and his entire staff, to wear the same color shirts as his players. It was confusing, to say the least.

The spectators in Erd did their utmost in support of their team. But, as on previous occasions, the match had to be interrupted for a while in the second half after “objects” were thrown towards Rostov players.

In short – that’s not the way you support a team!

Rostov will be the obvious favorite in the return match at Palace of Sport, in Rostov-Don, next Saturday afternoon.

Stranger things have happened than a team recovering from a three-goal loss, but in the upcoming tie it’s hard to imagine FTC taking their first win in their eights quarterfinal match, against one of the most consistent teams, when playing on home ground.

Expect Rostov-Don to reappear in Budapest at the FINAL4, in May.