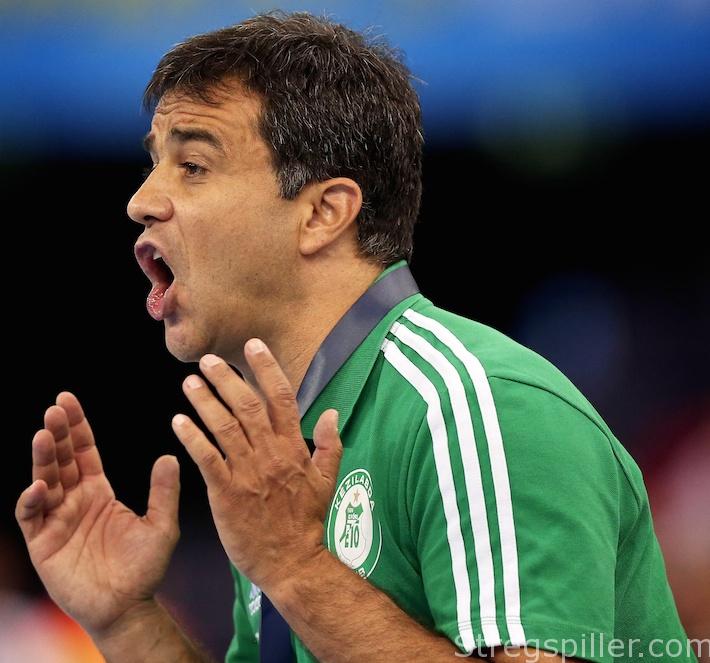 The participants in the FINAL4 tournament of the Women´s Champions League 2017 will be the exact same four teams as in the previous year.  Only the draw for the semi-finals can bring about some change.

In fact, FC Midtjylland were the only team that got fairly close of creating an upset, as the three other quarter-final matches produced the expected results.

I must admit that I had some mixed feelings about the Women´s Champions League quarter-finals this Easter Saturday.

Do not get me wrong – I grant the four teams their FINAL4 qualification with all my heart, and I fully recognize the fact that they deserve to be there.

Still, I would have liked some change compared to last year, where we already saw the same four teams.  I smile with one eye and – nearly – cry with the other.

While I am sure we will see fantastic handball in Budapest, next month, I confess that I have a bit of a crush on Ferencvaros and Metz, in particular.

I really enjoyed the way the two teams played, and I think it would have been refreshing to have at least one of them in Budapest, in the final round.

It will not be the case this time, so let’s have a look at the events on Easter Saturday, game by game.

Who would have thought that the closest of all quarterfinals would have been the match between Vardar Skopje and FC Midtjylland?

Midtjylland were looking for a sensation, but in the end, the Danish underdogs had to be content with another two-goal loss, knowing that they had put the big favorite under heavy pressure.

Ahead of the match, Midtjylland’s coach, Kristian Kristensen, emphasized that his team believed in their chance of achieving the unexpected.

For almost the entire 60 minutes in Skopje, it seemed as if he had convinced his players as well.

In a slow-scoring start to the game, Vardar got up 2:0 and 3:1, but it soon turned out that they were unable to shake off the visitors.

For the rest of the first half, the distance between the two squads never got larger than one goal, and at half time, Midtjylland was leading by the smallest of all margins.

The advantage quickly turned into a two-goal lead (13:11) at the beginning of the second half, and at 15:12 a few minutes later, the Danes “were in Budapest”.

At this point, Vardar’s players seemed to realize how serious their situation actually was.  Furthermore, Vardar´s deeper squad also began to play a significant part at this stage.

Midtjylland recovered one more time at 20:20, but they were unable to push the score any further, and in the end, Vardar landed another two-goal win just as in the first match, in Ikast, last Sunday.

Still, the cheers from the 3,000 spectators at Jane Sandanski arena sounded more like a sigh of relief rather than an exuberant celebration.

Vardar are in their fourth, consecutive FINAL4, but they had to work for it, much harder than they expected.

The Easter bunny did not bring any free gifts for Ferencvaros.

In fact, the Hungarian team was never close of catching up with the five-goal deficit of the 30:25 defeat in Bucharest, when a terrible finish, ruined better chances in the second leg match.

CSM were dominating most of the first half, and as they were leading 6:3 and 9:6, they appeared to put any doubts regarding the ultimate result to rest.

Ferencvaros did come back, but they could not push further than a one-goal lead.  They never got that three or four goal advantage that could have swung the momentum in their favor.   And the way the fight between these two top teams turned out, CSM was in full control all the way.

When Majda Mehmedovic put CSM back into the lead at 18:17, six minutes into the second half, it already felt like “game over”.

It was impossible to imagine how Ferencvaros would be able to catch up and build a six or even seven goal lead in the remaining 24 minutes.

Instead, they had to be content with limiting the defeat to one goal, while the ruling champions could celebrate a repeat trip to the FINAL4.

Just like the match between Ferencvaros and CSM, this one never got exciting either.

If Metz had managed to hold on to that five-goal lead they had built by the middle of the second half in the first match, we would have seen a completely different game in Audi Arena.

Instead, Gyor were controlling the game at home almost all the way, leading 6:3 after 11 minutes and 17:11 by half time.

Metz managed to reduce the gap to four goals a few times, but that was all the French visitors could accomplish.

In the end, Gyor fought off all of Metz´attacks and landed a clear and deserved six-goal victory.

“The best female handball players of the world are in Larvik” read a sign on the court of Boligmappa Arena, in Larvik.

Of course, a Larvik team at full strength could have made life considerably harder for Buducnost over the course of two matches.  But Larvik was far from having a competitive crew available in the two games against the champion from Montenegro.  Considering the fact that more than half of all the players will be leaving after this season, the question is what kind of squad Larvik will present going forward?

Buducnost´s 31:17 win in the first match had taken any element of surprise out of the second leg match.  Consequently, only 1,078 spectators turned up to witness Larvik´s goodbye to the 2016/17 Champions League edition.

Yet, they saw a home team that kept up with their opponents for long periods in the first half.  Coach Moen’s squad came back after being down 10:6 and 11:7 and by half time they were trailing by only one goal.

Nearly 15 minutes without a score around the break, proved fatal for the host, as a 15:14 Larvik lead was changed into a 20:15 advantage for Buducnost.

Larvik did not bounce back this time, and as the second half went along, their lack of physical resources became increasingly evident.

Tod Odvar Moen only had 12 players on the bench to pick from, and this was not nearly enough against a much deeper squad from Buducnost.

Buducnost are in their fourth FINAL4 in a row, while Larvik exited the Champions League after the quarter-finals just like last year.

See you in Budapest

Vardar, CSM, Gyor and Buducnost are all ready to go to Budapest in the first weekend of May.

And, even though the participants are exactly the same clubs as in 2016, there is no reason to expect that it will be boring at Papp Laszlo Arena.

To the contrary – these four teams have proven beyond doubt that they are worthy of attending the greatest event in women´s club handball.

I am looking forward to seeing you all in Budapest.