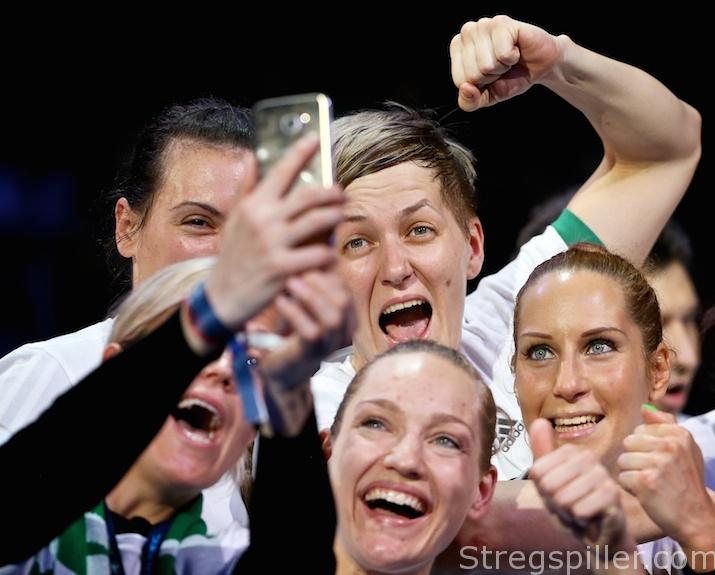 With just over 48 hours until the DELO EHF FINAL4 2021 throws-off. We look at the four contenders for the title, their journeys to Budapest, what they need to click in order to succeed and who may emerge victorious in the mouth-watering semi-final matchups.

Györ’s aura of invincibility came crashing down somewhat at the beginning of this month with a nine-goal loss to FTC, practically costing them the Hungarian league title.

That defeat spelled the end of Gabor Danyi’s tenure as head coach and left them in a sticky situation leading up to the FINAL4. But up stepped Ambros Martin, the man due to return next season, to take on the challenge of revitalising this incredible squad of players and getting them back on track for Budapest.

In Europe, there were a couple of shaky moments, with two draws against Brest and another with CSKA in the group phase but their impressive run of 55 games unbeaten remained intact as they cruised through the knockout rounds.

Ambros Martin has said there was no real time to change anything about Györ’s style of play and to be fair, why would he want to at this stage?

When Györ play the way they want and are firing on all cylinders, nothing can stop them. The team is rock solid down the middle, from the goalkeepers, defence, back court and line players. The only areas of slight concern could be the right back and wing positions but if they can cover those adequately, the rest will take care of itself.

Brest Bretagne Handball must feel like they have been waiting an eternity for this opportunity. The French champions were one of the outstanding outfits during last season’s curtailed campaign and picked up where they left off by delivering in a tough group B.

With so much attention on their semi-final against Györ, it is only fitting that their two previous encounters this season are drawn into focus. Although they saw a five-goal lead slip against the Hungarian club at home, they displayed serious mental strength to fight back and deny Györ a victory with another draw later in the group phase.

Brest have stumbled on a few occasions this season, notably with draws against Buducnost and losses to CSKA, but have always managed to bounce back. Most recently, they managed to snatch the French league title with a seven-goal win over Metz, having lost the first leg the same amount. That victory over the side they also beat in the EHF Champions League quarter-finals will be a huge confidence boost.

Goalkeeper duo Sandra Toft and Cleopatre Darleaux have the ability and expectation to instantly turn a game around and have done so on numerous occasions throughout the campaign. Toft, in particular, will be vital to Brest’s success.

Their attacking prowess cannot be denied with Bella Gulldén and Ana Gros combining beautifully to tear defences apart. If Gulldén can bring Gros, Jaukovic and Foppa into position, they will be hard to stop.

Györ have history on their side, Brest know they have what it takes to beat them.

Over 60 minutes, Brest need very specific things to go their way, such as big performances from Toft and Gros, while Györ can rely on a deeper bench. Györ are naturally the favourites but if anyone is likely to beat them this weekend, it’s Brest on Saturday.

An adventure, that is Vipers’ season in a nutshell.

With no domestic league action for the majority of the season and two home matches out of 15 in the Champions League, Kristiansand deserve no end of praise for fighting their way to Budapest.

During an 11-day trip around Europe with five matches, three defeats left them with a tricky path in the knockout rounds. After surviving a pair of goal fests in Denmark against Odense, Vipers were back to full strength and showed us as much in a masterclass in Russia against Rostov-Don.

With the wealth of experience shared by the likes of Katrine Lunde, Nora Mørk and Heidi Løke, they know when and how to deliver big performances at this level and as Mørk put it “unleash the beast”.

The biggest variable in this situation is how Henny Reistad will get on. The 22-year-old is in the form of her life right now and is hoping to go out with a bang before moving to Esbjerg this summer.

She has shown glimpses of being able to deliver in big games for Vipers and Norway in the past but if she can do it twice in two days, it will make all the difference for her side.

CSKA made a grand entry into the DELO EHF Champions League with a draw against reigning champions Györ in their very first game, followed by five straight wins.

After surviving a shock result in the play-offs against Krim, CSKA parted ways with coach Jan Leslie with assistant Olga Akopyan taking over ahead of the quarter-final showdown with CSM Bucuresti. In both matches, CSKA looked down and out, before a heroic end-to-end performance by Daria Dmitrieva turned their fortunes around, supported by the sharp shooting of Sara Ristovska and Chana Masson’s saves in the second leg.

Dmitrieva is the true leader of the team and their biggest weapon. Playing a central role in both attack and defence, if the 25-year-old is on song in Budapest, anything is possible for the debutants.

But while big performances from Dmitrieva are almost a given, her teammates will need to produce something special to grab a victory or two. Antonina Skorobogatchenko and Polina Vedekhina have delivered some top notch performances this season and will need to deliver again on the biggest stage.

CSKA’s style of handball has the potential to give Vipers a real hard time and they have proven to be a difficult team to put away, always finding their way back into contention.

However, Vipers have dealt with a Russian club away from home already this season and have the edge in terms of experience at this stage. In the end, it may well come down to a battle of wits between coaches Ole Gjekstad and Olga Akopyan with Vipers holding the trump card here.