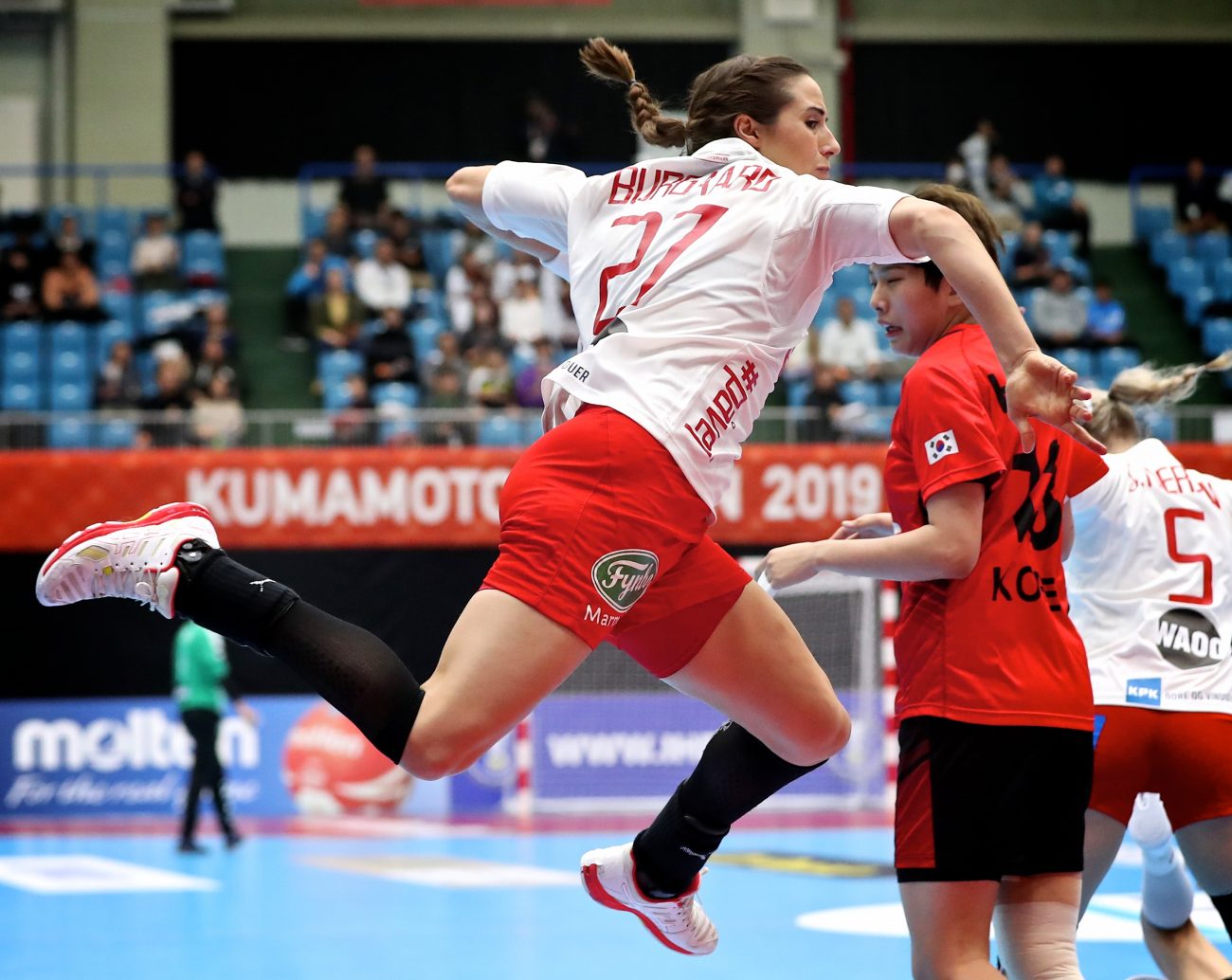 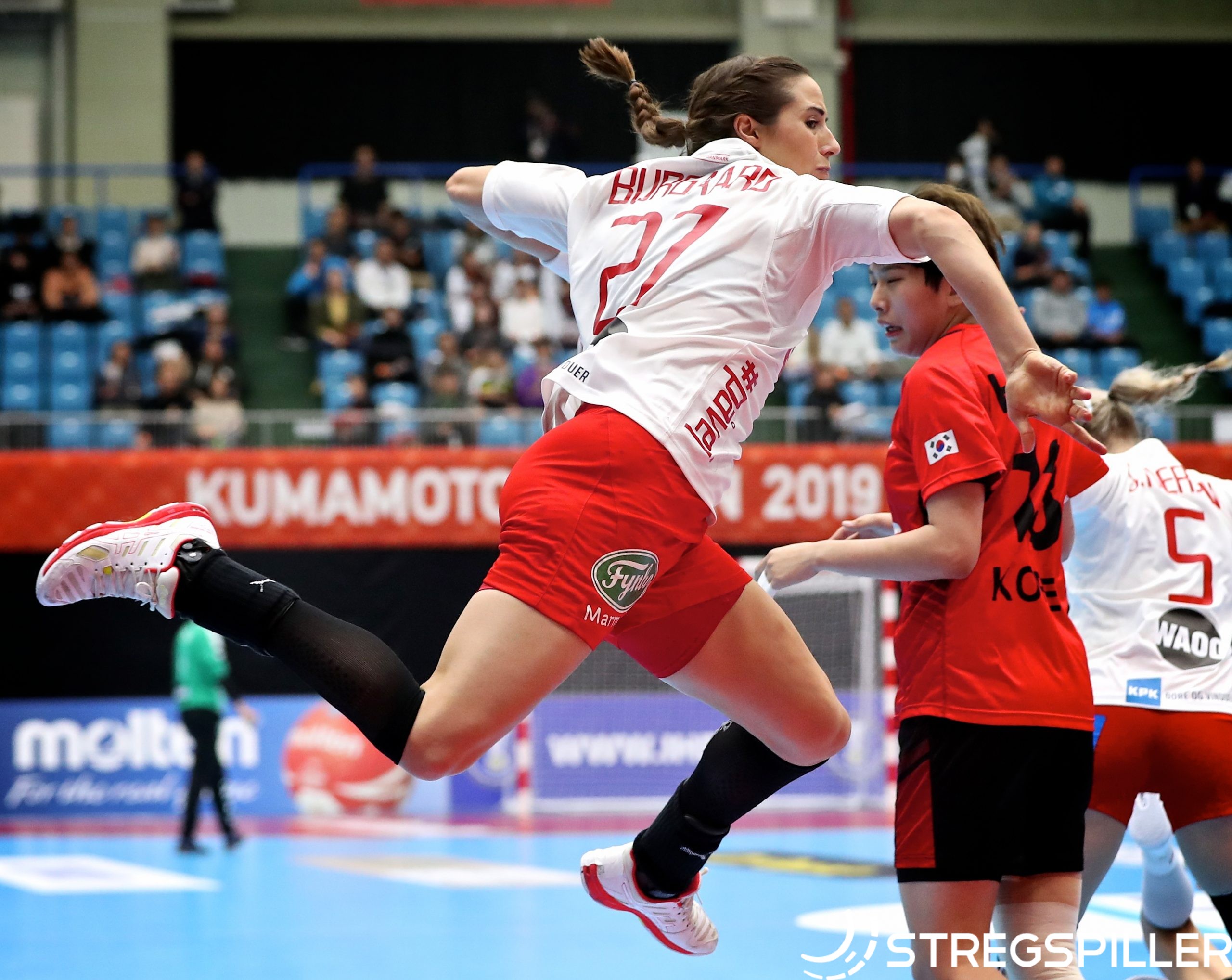 Denmark and Korea left deadlocked after 60 tense and thrilling minutes

Match of the day – Korea vs Denmark

Day two of the Women’s IHF World Championship continued to deliver drama as the evening’s headline game between Korea and Denmark ended in a stalemate, 26:26.

Korea pulled off the biggest shock of the opening day, putting reigning champions France to the sword, inspired by 12 goals from right back Eun Hee Ryu.

Denmark had a softer introduction to this World Championship with a straightforward rout of Australia, leaving them less battle-hardened, but fresher considering the quick turnaround for today’s clash.

In a game which saw the lead change a number of times and had both sides presented with chances to win it, a 26:26 draw is a fair result in the end. Both sides will be feeling mixed emotions of both frustration and relief as neither capitalised on their momentum swings to secure the victory, but both escape with a point.

Four consecutive goals for Denmark, including two fast breaks within 15 seconds in the 34th minute, brought them level at 14:14. From that point, there was a visible change in approach and body language from both sides as Denmark rode the wave of momentum to go on an 8:2 run and take the lead.

Two very early two-minute suspensions saw Anne Mette Hansen withdrawn from the game in the first half, in fear of her being sent off. But the Györ left back came back in the second period and did not shirk from the challenge posed by Korea’s main back court threat Eun Hee Ryu.

Ryu was shaken, but would not be stopped. While her teammates began to falter in attack, she continued to bang in the goals and helped her team regain confidence.

Hansen received her third and final suspension in the 50th minute and had to watch the final blows by the sideline, while Ryu went on to score nine goals, including the equaliser.

With the teams level heading into the final 10 minutes, Kathrine Heindahl came to life. Winning a penalty, then scoring three goals of her own, Denmark managed to open up a two-goal lead and put the onus back on their opponents’ attack.

Denmark appeared to be on the verge of sealing victory, leading by two in the final five minutes, but not only did Korea claw their way back, but they gave themselves a chance to win. Haein Sim looked to have won it when she put the ball in the back of the net just before the final buzzer, but the referees adjudged Korea to be inside the six-metre area and the goal was disallowed, one final twist in a topsy turvy tussle.

What they said – Louise Burgaard (Denmark)

“It’s really mixed feelings for me. Ahead by two goals and a player up with four minutes left, so from that point of view it’s a disappointment not to close the game. But after that last situation, I’m really happy with one point.

“We talked a lot about Korea’s in-flight goals and all of the small details, but it’s really hard to control in the game and we’re not used to this way of playing.”

Korea have faced the group’s two pre-tournament favourites and come away with three points, which they now need to build on against Brazil, who proved with today’s draw against France that they are not to be messed around with.

Denmark face group leaders Germany on Wednesday, which could end up being a must-win game in this incredibly tight and unpredictable group.