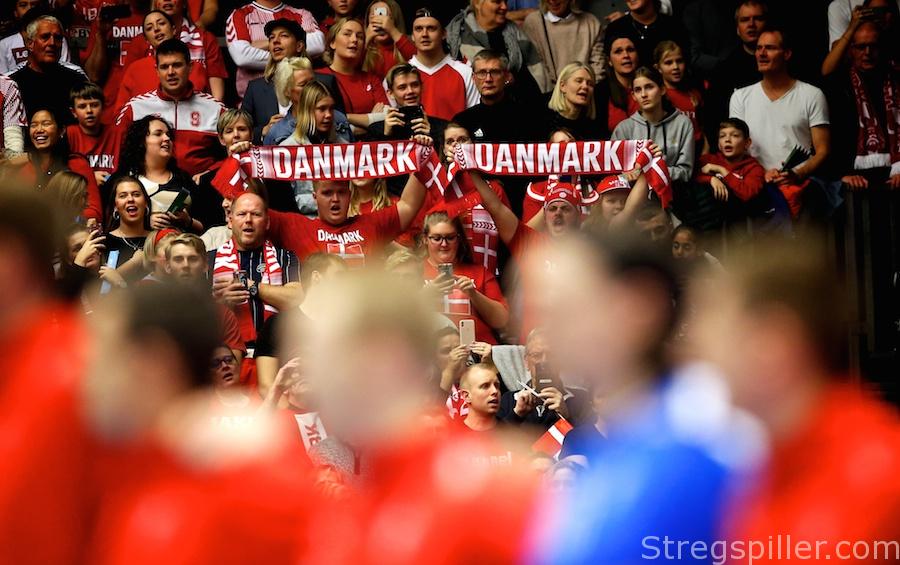 Should old acquaintance be forgot

Denmark and France are certainly no strangers to each other when it comes to decisive matches at major tournaments.

The Barclaycard Arena in Hamburg will be the venue of yet another clash between the two giants on Friday at 17:30 CET when they are lock horns in the first semi-final of the 2019 World Championship.

They have met so many times at the business end of major championships, but usually in the finals.

This time, however, Denmark and France renew their classic rivalry one step away from the decider at this World Championship and we take a look at how they stand against other.

DEN: Niklas Landin is the best goalkeeper in the world at the moment and has proven that time and time again at this competition and if the THW Kiel keeper has a bad day, this has actually also occurred during this World Championship, Jannick Green has proved to be a reliable replacement. This is what the Danes have been missing before; two top goalkeepers close to each other’s level. They have such a duo now.

FRA: Vincent Gérard has mostly been very solid at this championship and he has proven in the last couple of years, for club and country, that he can reach a whole new level of brilliance on the biggest occasions. Cyril Dumoulin can also pop up with an incredible performance, which makes the French pair just as capable. Do not underestimate them.

DEN: I have said it before, but I will say it again: There is one Mikkel Hansen in this world, and he is Danish. He can have his bad days, but they are usually not entirely bad, as he normally comes back after a poor start to a game  – and also stated before: He never had two bad games in a row. Against his French teammates and daily opponents, he will be terrifying. Furthermore, in Rasmus Lauge he has one of the best playmakers in the world to set him up. Didier Dinart has more options for his backcourt line, but Nikolaj Jacobsen has better options.

FRA: With so much talent to choose from in the back court, it’s almost impossible to be prepared to face every combination. But this variety can cause trouble as well, with a lack of cohesion in settled 6 vs 6 play, as we saw against Croatia. One of France’s greatest strengths can turn upside down quickly if it doesn’t work.

DEN: An enormous and unexpected plus for Denmark. Unexpected, because Denmark are missing two world class wingers duo to injury, Casper U. Mortensen and Hans Lindberg. However, Magnus Landin on the left and Lasse Svan on the opposite wing have done so brilliantly on a consistent basis that they are above the French wings, who are hardly ever being used.

FRA: The French wings could be forgiven for thinking they are being somewhat ignored, which appears to be the case as Valentin Porte told Kevin Domas. All four are very skilful and capable of being a threat anywhere on the court but are not being used as effectively as their opponents.

DEN: Who would have thought that the Danes would be so strong in the line player positions after the injury on René Toft Hansen? However, Anders Zachariassen and Simon Hald have really risen to the occasion, and with René Toft’s younger brother Henrik has returned for injury. This number of qualified line players gives Nikolaj Jacobsen many options, for instance playing with two line players when being a player more on the court – and of course, at playing seven on six.

FRA: France have a pair of skilful and powerful line players to choose from and they should have plenty of space to work with, should the back court provide enough of a threat for Denmark’s defence to deal with. The loss of Cedric Sorhaindo to injury removed an important third option, but France have managed perfectly well without him

DEN: Many Danes were worried about the Danish centre block before and at the beginning of the competition, as Henrik Møllgaard, in particular, seemed to be some way from his best form. This pattern has changed dramatically during the tournament, however, and statistically, Denmark enter the semi-final with the second strongest defence in the entire competition. Furthermore, the Danish 5-1 variation with Magnus Landin as the man out in front could also cause trouble for the French attack.

FRA: France’s organisational problems have lessened in the main round, but they were exposed on a few too many occasions against Iceland and Croatia. With Didier Dinart running the show, you expect they will know what to expect against Denmark, but that does not necessarily mean they will be able to stop them.

DEN: Really putting his entire tactical genius on display during this World Championship, Nikolaj Jacobsen has proved himself as the best coach in the completion and maybe in the world. His ability to read a game and act accordingly, finding the solutions that work virtually every time is outstanding and does not find its equal, at least not on the French bench.

FRA: Didier Dinart has not been afraid to rotate his squad and use the many weapons at his disposal, but can he find his best team to tackle Denmark and more importantly, can he make the right changes at the right time?

DEN: To the Danes, moving out of their comfort zone in their homeland will be a change, but many Danish fans will be in the arena, and who will the German spectators support? Hardly France!

FRA: Au contraire! Wouldn’t the German fans like to face France in the final on neutral ground instead of the Danes at home? If there was ever a perfect time to face Denmark, it is the one game they’re not playing at home and that opportunity has landed in France’s lap.

Advantage well and truly in Denmark’s favour, but France are two-time reigning world champions for a reason…