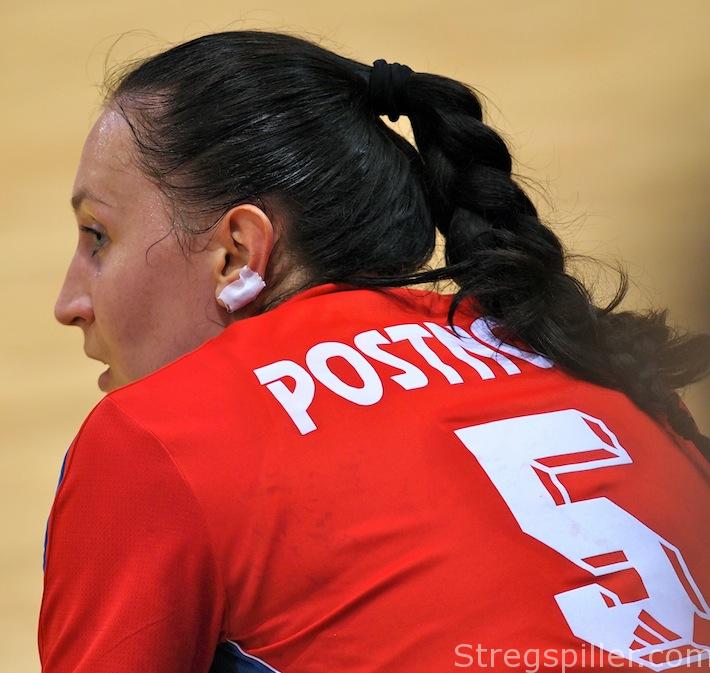 Having lost 14 players of the team that won the Russian championship back in spring, Astrakhanochka can only have modest hopes ahead of their Champions League debut.

Ana Vyakhireva, Polina Kuznetsova, Kristina Liscevic.  These are only some of the most prominent names among the 14 players that have departed Astrakhanochka over the summer.

12 of them were core players in the team that won the Russian championship ahead of Rostov-Don in spring of this year.  Seven of them have followed national coach, Evgenii Trefilov, to league rival Kuban Krasnodar, while Vyakhireva and Kuznetsova have joined Rostov-Don.

Some players have joined Astrakhanochka, where Mikhail Seregin has been promoted from assistant- to head coach, but the few newcomers won’t be able to compensate for the enormous loss in depth and quality, that the club endured.  Seregin will be trying to build a new team around veteran Liudmilla Postnova, but it will take time.

Main round hopes, but that’s it

Considering everything, the team from Astrakhan can only have modest hope with regards to their Champions League debut.  But the club from Russia did not end up in the toughest one of all groups – they will be up against HC Vardar, FTC Budapest and HC Leipzig.

They are unlikely to stand a chance against Vardar and FTC.  However, they should have a chance when playing Leipzig.  For a main round berth, Astrakhanocka will have to bet on two successful matches against the Germans.

If they do make it to the main round, they will probably get into a direct battle with Metz Handball and Thueringer HC from Group A, battling for quarter-final berth. Vardar, Buducnost and FTC appear to hard to beat.

Astrakhanochka will make it to the main round, but not any further.

Astrakhanochka should be pleased that experienced Postnova has stayed faithful to the club, while so many other stars have left.

Not only her brilliant shots but her experience as well, will be very useful to the new Astrakahnochka team.

While 14 players have left the club, 23-year-old Chiriginova is one of the few who went the other way.

Arriving from last season´s Cup Winners´ Cup finalists, Handball Club Lada, she may add a new dimension to the playmaker position, and she is likely to become a real asset to Astrakhanocka´s play of attack.

Experience is not what 20-year-old Riabtseva is blessed with – not yet – but her talent cannot be disputed.

She played a considerable part in Russia winning the Junior World Championship this summer, and if she can continue her promising development, she can be a further asset in the Champions League, which will undoubtedly give her more valuable experienced.