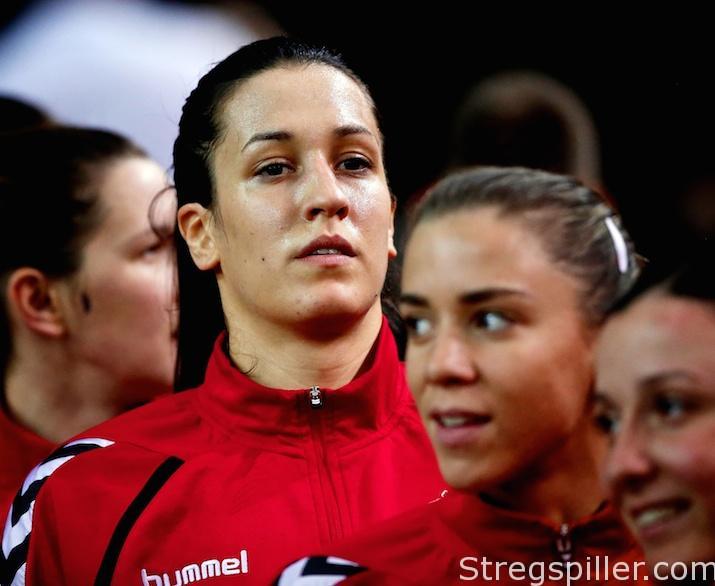 Serbia scored a buzzer beating equalizer, taking one point against host Germany in a tight and hard fought match in Leipzig. Former World Handball Player of the Year, Andrea Lekic, only had a minor role, as she was limited to some minutes in the first half and then was taken off court, although not because of her shoulder injury. I talked to her after the match about the game, upcoming matches and her personal situation.

First of all, thanks for taking your time. Does this draw feel like a win or more like a loss?

AL: I really think we could have taken two points. We were leading the whole match but Germany made a really good comeback. I think we lost our opportunity during the time we played six-against-four. We didn’t use that opportunity very well, but I’m satisfied with a point after having played against the host team.  Actually, we are getting better with every match.

I think in the first few minutes of the match you had problems with the speed of the German team, but then you were able to slow the tempo down a little bit…

AL: In my opinion our 5-1 defense was really difficult for Germany and I think we played it brilliantly. We were really aggressive. They were too static on offense. But in the end, both teams can be satisfied, I guess.

The next two matches will be very intense for you again, first against The Netherlands, then against SouthKorea. What’s your take on that?

AL: Now, we’re coming to the “derby zone”. Tomorrow will  be a tough match. It’s impossible to predict anything. I expect the same as today, a thrilling finish. The Netherlands have a great team and I hope that we can take a really good rest before.

You only played some minutes in the first half, is there any specific reason for it, especially after your injury?

AL: No, not at all – just a decision of the coach. I’m feeling good. I’m going step by step, there are no health problems anymore.

Do you feel that you are ready for 60 minutes if needed?  I assume you are eager to help your team win?

AL: I really don’t think about it. When I’m on the court I’m going to give 100 percent and if I’m too tired I will ask for a change.