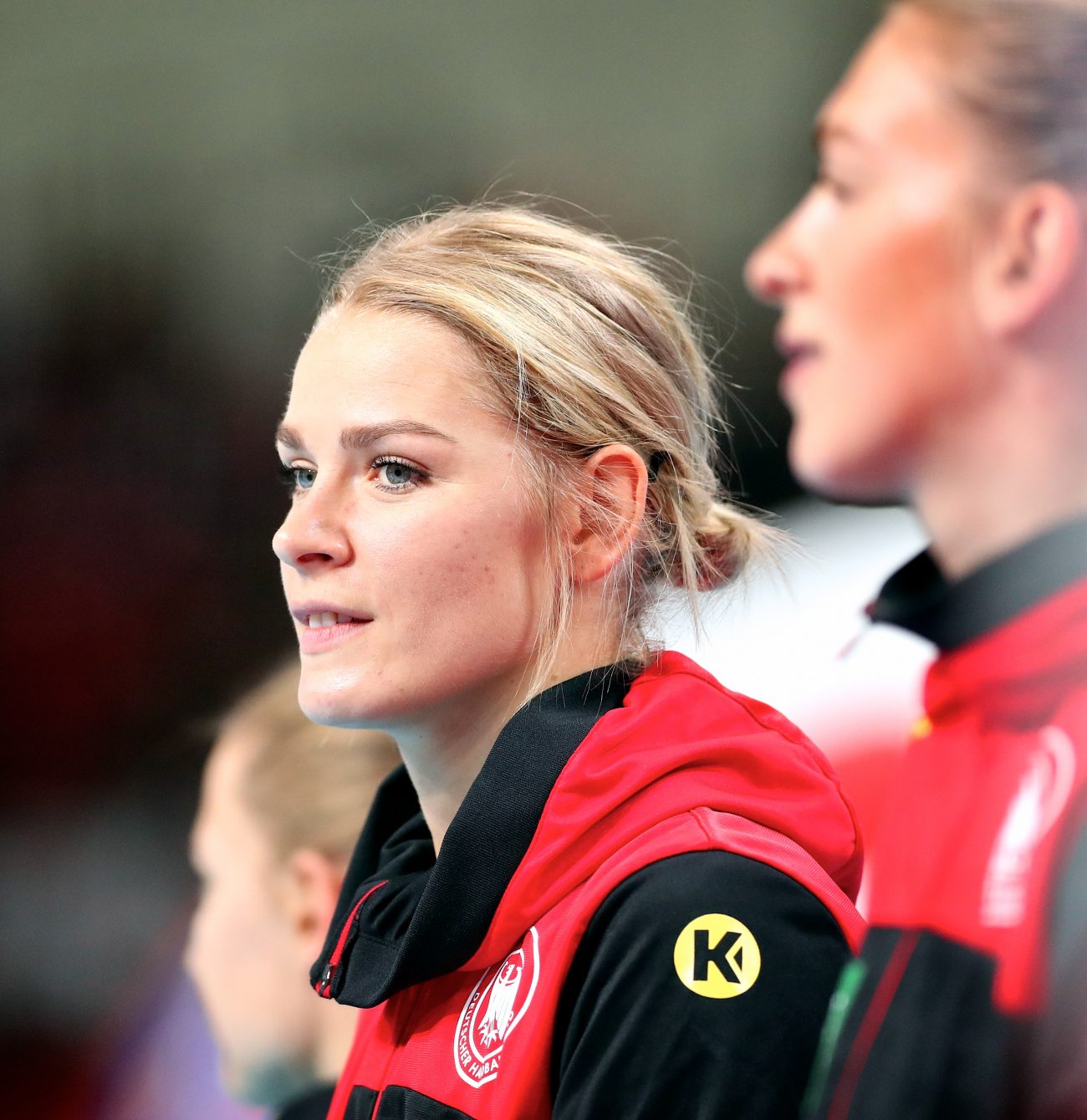 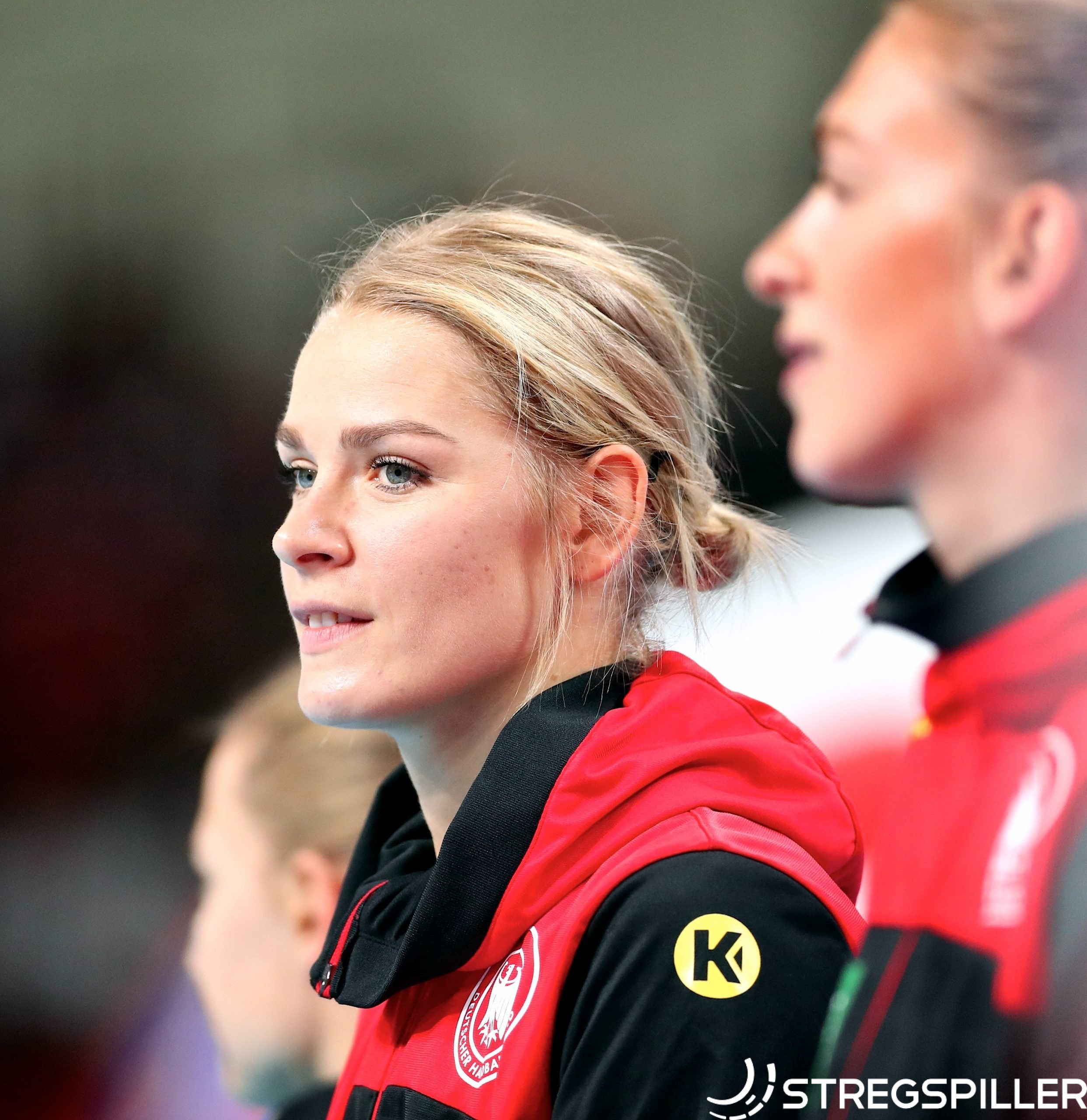 INTERVIEW – In the summer of 2019, two of Germany’s very best handball players – Shenia Minevskaja and Julia Behnke opted to leave TuS Metzingen and the Handball Bundesliga Frauen (HBF) behind. What looked like routine career moves from the outside were noteworthy transfers as not many German players decide to leave home base and take their next development step abroad – certainly not in recent years.

Of Germany’s current national squad, only Xenia Smits has ventured out. Since 2015, she has been playing for the French record champion, Metz HB, before signing with Bietigheim for the 2020/21 season.

Gone are the days when the likes of Susann and Nina Mueller, Grit Jurack, Clara Woltering, Anna Loerper and Anja Althaus formed the backbone of Germany’s national handball team, while writing their very own success stories in Europe’s elite handball clubs.

But now, players like Shenia Minevskaja are spearheading a new movement of German handball players abroad.  Players who have joined some of Europe’s most outstanding handball organizations. Given the promising development of Germany’s women’s national handball team under the auspices of Dutch head coach, Henk Groener, the career moves of Minevskaja & Co. should provide a big push in the right direction.

stregspiller.com caught up with Shenja Minevskaja in the midst of the Covid-19 pandemic, on a day, when the financial implications of a global economic shut-down hit the handball community, as one of Hungary’s best handball clubs, Erd HC, announced the dismissal of all players, except three.

The rapidly unfolding health crisis begs the question how Minevskaja is coping with the developments?

“At this point, I can’t imagine a regular finish of the 2019/20 season, not in the French league nor on the international level.

“I am really missing coordinated solutions between the domestic leagues and the international organizations. It seems every country is taking their own decision with no obvious cooperation between them. From the outside it looks somewhat chaotic.”

Meanwhile, the European Handball Federation (EHF) has taken their own actions and re-scheduled the women’s DELO EHF FINAL4 for early September. Usually, the season-ending tournament in early May, in the Hungarian capital, is the highlight for every handball player, but given the circumstances caused by Covid-19, Shenia Minevskaja may get another shot to play in Budapest – at least on paper and for now.

“Yes, right now there is a remote chance for me to play the FINAL4 with Valcea, assuming the EHF can follow through and organize the quarter-final matches in June and Valcea succeed in the two games against Metz. But, I doubt this will be possible, when considering the current mayhem in the various countries.

“It’s more realistic that the EHF will select Gyor, Esbjerg, Metz and Brest (the number one and two clubs of the two main round groups ed.) and they will determine the 2020 Champions League winner amongst them whenever.

“Personally, I find it unfair because I fought hard towards this goal.

“But, at this point I try not to think too much about the “ifs” and “whens”. It’s a waste of time.

“How do you prepare in the current situation? Handball is a team- and contact sport and it requires sufficient practice time, involving all players, to get ready for the competition, especially at this level.”

From Brest to Valcea

Considering the impressive results of Brest Bretagne in the domestic as well as in the DELO EHF Champions League this season, what led to Minevskaja’s decision to change clubs after only one year? Her answer is straight forward.

“I underestimated the situation in Brest. In the French league a maximum of six foreign players are permitted on the official team sheet, but altogether we were seven international players and as a result I did not play as much as I would have liked to.

“At this point in my career, I want to spend more time on the pitch and I want to take on more responsibility. That’s why I approached management and asked if they would let me out of my contract ahead of time.”

But, why Valcea where Minevskaja will become part of yet another fast paced offense.

“During the group phase of the Champions League, I  got a first taste when I played with Brest in Valcea. I was impressed with the electric atmosphere, the crowd and their speed of playing handball.

“It was the same feeling that I experienced when joining Brest and after the match Valcea’s coach made a brief comment, followed by a wink. Later in the season, Valcea established contact again and the rest is history.”

Given the unpredictable health situation caused by the Corona virus and a deteriorating economy, has Minevskaja’s new club followed up with her?

“No – all I know is that in Romania they have reduced salaries to a minimum wage, for now. How my contract will be impacted going forward, I don’t know, yet.”

Considering the devastating economic impact caused by the pandemic, does the 27 years-old German international expect renewed contract negotiations with Valcea?

“Given what’s going on elsewhere, I do anticipate it and in a worst case scenario all handball players have to answer to the question: Do we want to continue to play handball?”

Currently, Minevskaja has no idea by when she will be able to return to Brest and organize her move to Valcea. For now, the powerful left-back is staying fit at home in Reutlingen, where she operates a professional training facility together with her partner.

“As the (Covid-19 ed.) crisis unfolded, Brest and I agreed that I would return to Germany and stay in shape there, as I have a perfect training environment at my disposal.”

“It affects your psyche”

As the shut-down in France is enforced with even stricter rules, compared to the health guidelines issued in Germany, it remains unclear if Shenja Minevskaja will play another game of handball with Brest Bretagne, this season. On the men’s side Paris St. Germain was already awarded the 2020 championship, but “Ligue Feminine Handball” has not provided a definitive ruling, yet.

“I mentioned it before – I don’t see how the current season will resume given the current guidelines and closed borders between France and neighboring countries for the foreseeable future.

“Already the preparation for our last cup game in Paris felt surreal, as we were aware of the spreading virus.

“It affects your psyche, you can’t help it. During a handball match all players are in close contact with each other and we play with the same ball, after all.

As public events around Europe get pushed off to the back burner as a consequence of Covid-19, how does the future of handball look like? In the 11th edition of podcast “Hoelle Nord”, several managing directors of some of Germany’s top clubs dared to look ahead and neither one of them ruled out handball games without spectators at least for part of the 2020/21 season.

How does Shenia Minevskaja expect the new season to unfold?

“So-called “Media Games” are not the same – handball depends on having fans. We already had a similar experience, when we played in Savehof in front of ten spectators or thereabout.  It was depressing.

Right now, the spreading of the Corona virus and different policy responses across Europe, allow planning on a contingency basis, at best.

“Final” decisions and how to proceed are expected to come forward from Germany’s “Liqui Moly Handball Bundesliga” as well as the European Handball Federation, in the next weeks. How long will they last? Nobody knows.

The road ahead will be unpredictable and demand painful adjustments, for clubs, federations, players, media and fans alike. At this juncture, staying solvent is one of, if not the most pressing issue for most of the clubs. Organizing the future of handball comes next.

For sure, the handball community will have to move closer together, coordinate better and support each other more than ever before.  Above all, it will demand creative thinking, risk taking and an entrepreneurial spirit.  “Can Do” instead of “Let Go”.

A mindset that appears to be well alive in Reutlingen.