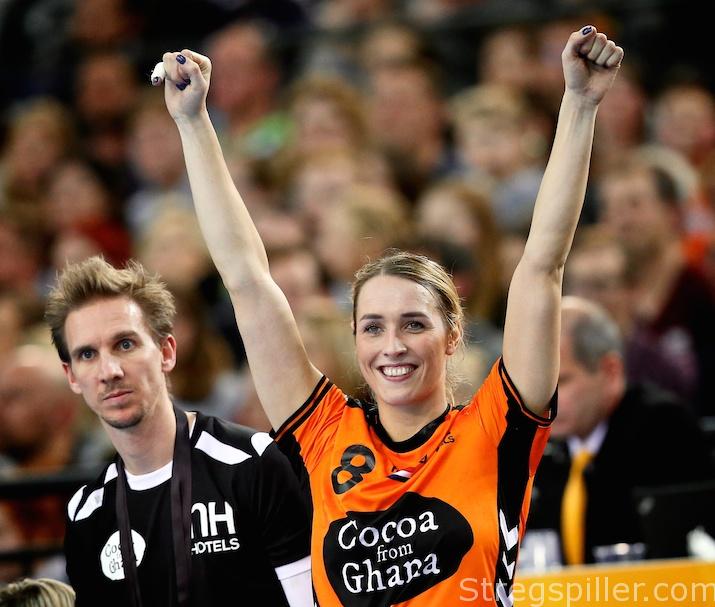 “We dominated right from the start”

Lois Abbingh surely is one of the true stars of World Cup 2017 and she almost scored in double digits again, netting eight times against host Germany, in Leipzig.  The Dutch showed all their qualities, speed, defense, strong goalkeeping, and pulled out a win including a big exclamation mark.  After the match, I spoke with the sharp-shooting left-back from Issy Paris Issy.

Wow, Lois, that was quite impressive!

LA: Yeah, true – we dominated right from the start.  We were in control and we were extremely motivated before the game; everything worked out well. Our defense was great and we scored many easy goals.

The day before, you told me that The Netherlands were at less than 80 percent of their performance level – how close to top level were you today?

LA: I think this performance today was very close to our top form. Of course we made some mistakes, but that’s handball. It’s part of the game. Overall our performance was very good and we showed everyone what we can achieve.

I assume you are now much more confident than three or four days ago?

LA: Sure, this game gives us a bit more confidence, because we played well.  But we knew, what we were capable of doing and I don’t think that over the past few days we felt any less secure. We stayed calm and just played handball – we knew that success would come at some point.