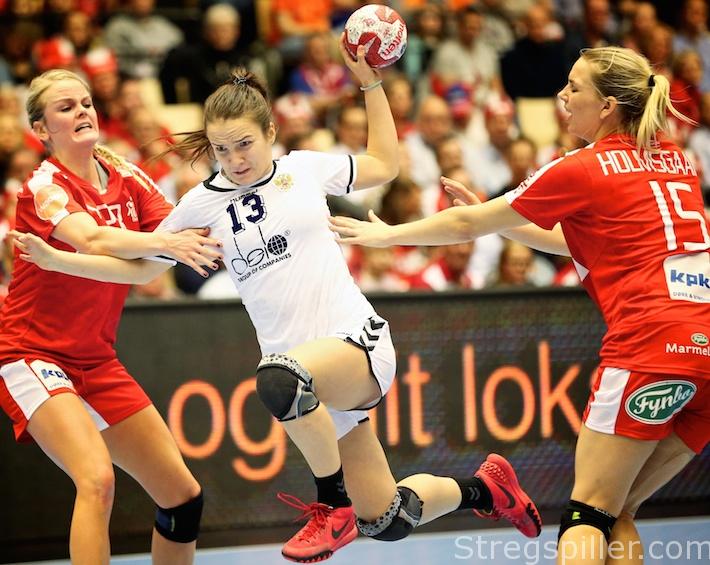 The Don does not flow as quiet anymore

After a disappointing 2015/16 season, Rostov-Don are ready for revenge with a team that has strengthened considerably.  Even in a killer group like Group C of the 2016/17 Women´s Champions League, Jan Leslie´s women look terrifying.

“Quiet flows the Don” by Mikhail Sjolokov is one of the novels that has grabbed yours truly most deeply by the heart.  However, the Don Cossacks no longer fight for freedom against a tyrant Sovjet regime.

It is much more prosaic these days but not free of drama. At the banks of the river Don, the handball women of Rostov are looking to redeem themselves after a disappointing 2015/16 season.

The 2015-16 started so well for the powerhouse from the south of Russia.  The team of Danish coach Jan Leslie – he had just taken the club to its first Russian championship – went through the Champions League group phase and main round as the only undefeated team.

What followed were two surprising one-goal defeats against CSM Bucuresti in the quarter-finals.  Rostov-Don’s run towards the FINAL4 had come to abrupt end.  Little did we know at the time that the Romanians were ready to go all the way, taking the Champions League title in Budapest some weeks later.

To make things even worse, Rostov went on to lose the Russian championship to Astrakhanochka. Eventually, the 2016/17 Champions League access was secured though a wild card from the EHF. This season, certain things are going to change.

Add those to the established Rostov stars like goalkeeper Katrine Lunde, backcourt players Ekaterina Ilina, Vladlena Bobrovnikova and Anna Sen and you will get some idea of the team’s quality this season.

The fact that Rostov ended up in the toughest of the four Champions League groups is not going to bother Jan Leslie and his women much.  They know what they are capable of, and the experience of last season, when they were debutants in the Champions League will come in useful, when they take on CSM Bucuresti, Gyor and FC Midtjylland.

Personally, I can hardly wait for the evening of October 16th, when Rostov will be visiting Bucharest for a revenge match against ruling champions of Europe.

If the EHF had a Match of the Week in the women´s Champions League, this handball fight would be the obvious candidate.

Main round easier the group phase

Considering the tough preliminary group, to which Rostov have been drawn, the rest of the way to the FINAL4 looks a bit like a walk in the park.

In Group 2 of the main round, 2011 champions Larvik actually appears like the most difficult hurdle, while Swedish record champion Savehof and Danish Champions League debutants, Team Esbjerg will not present a serious challenge to the mighty Russian side.

It will be a tremendous surprise, if Rostov-Don does not make it all the way to the FINAL4.  Personally, I see them as the number one favorite of amongst all the teams to win the Women´s Champions League in the spring of 2017.

In Rostov-Don’s a parade of stars, it is hard to pick only three players who shine particularly bright, but in the case of Vyakhireva, the choice is not that hard after all.

Signing the 21-year-old Russian international from champion Astrakhanochka, Jan Leslie has found the solution to one of the few problem areas in his squad – now he has a very skilled, left-handed right-back.

Anna Vyakhireva may only be 165 cm in height, which is not tall for a backcourt player these days, but may I remind you that Norwegian star, Nora Mørk is exactly as tall.

Just like Mørk, Vyakhireva has proven, that “being tall” is not everything in top handball.

With all due respect to Ukrainian international Viktoriya Borshchenko, left wing has been another position, where Rostov needed some additional support in order to go all the way to the FINAL4 in Budapest.

Siraba Dembele provides all that’s missing. 30-year-old Dembele, who has joined from one of Rostov´s potential rivals for the title, Vardar, is yet another improvement to an already strong Rostov team.

I am crazy about that girl – and I am talking handball only, of course.  She just possesses all the qualities of a very good playmaker.  She has an excellent read of the game, she moves very fast, and she has the ability of creating her own shot opportunities.

Having the support of two new backcourt players on either side, will only make her better as well.